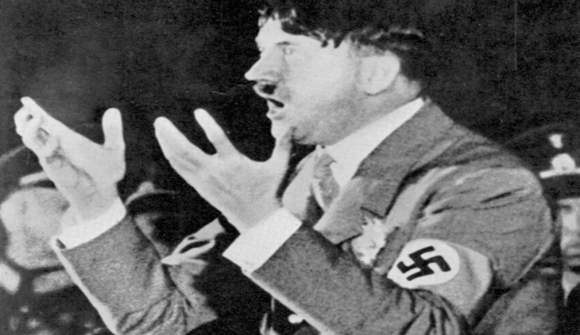 EDITORIAL
The IRS Scandal and 'Moving Toward the Fuhrer'
By Richard Ebeling - May 20, 2013

Listening to the White House on the Benghazi attack, the IRS scandal on targeting conservative groups and the Justice Department's snooping into AP reporters' emails, we can reasonably ask of another President of the United States: What did he not know, and when did he not know it?

Or worse, maybe he did not know it, which would suggest gross incompetence on the part of the president and his senior staff.

But either way, what may have motivated those farther down the bureaucratic chain to undertake and initiate the particular acts they are now accused of, especially in the case of the IRS agents in Washington and at least three IRS offices around the country?

The good (and career-successful) government servant often attempts to anticipate the wishes of his superior and to start trying to achieve the goal before actually instructed to do so.

In Nazi Germany, this was called "working towards the Fuhrer." In 1934, a senior Nazi government official told his subordinates, "It is the duty of every single person to attempt, in the spirit of the Fuhrer, to work towards him." And, "the one who works correctly towards the Fuhrer along his lines and toward his aim will in future as previously have the finest reward . . . "

As Ian Kershaw explains in his biography, Hitler, 1889-1936 − Hubris (1998), "The way to power and advancement [in the Nazi regime] was through anticipating the 'Fuhrer will,' and, without waiting for directives, taking initiatives to promote what were presumed to be Hitler's aims and wishes."

As Kershaw continues, "Through 'working towards the Fuhrer', initiatives were taken, pressures created, legislation instigated − all in ways which fell in line with what were taken to be Hitler's aims and without the dictator necessarily having to dictate."

The United States has a president who accuses his opponents of being frightened extremists who cling to their religion and their guns, who views all his critics as evil enemies of a government-given paternalistic "progressive" America and who considers virtually all groups challenging him as "front organizations" for greedy, exploiting billionaires who make up the reactionary "one percent."

Is it surprising that such expressed views will trickle down through the bureaucratic chains of authority and inspire those at various levels of government power to discover "opportunities" to demonstrate their initiative and drive to reflect in actions the spirit of what the administration wants (if only it could get it), and which may bring such opportunistic "public servants" recognition and reward?

It is just a matter of being alert to chances to be noticed and valued by undertaking actions that reflect "moving toward Obama."

It is no different than the Mob Boss who just happens to say to members of his gang, "Gee, if only 'Tony the Knife' wasn't around to irritate me." And then, mysteriously, two days later "Tony the Knife" disappears without a trace.

Whether or not this IRS scandal goes all the way into the Oval Office, we should not be surprised when those working for the political leader attempt in their government actions to try to "move toward the Fuhrer."