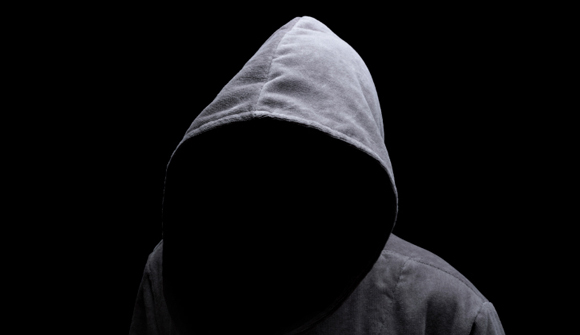 EDITORIAL
The Menace and Immorality of the Welfare State
By Richard Ebeling - December 03, 2013

In the United States policies are being promulgated by those with political power in Washington, D. C. that involve a massive and dangerous growth in the size and scope of government. At the core of the Obama administration's push for implementing a comprehensive national health care system and related programs is a radical ideological belief in political paternalism and the welfare state.

In the face of the euphoria of those demanding such a huge expansion of "Big Brother" over even more of our lives, it is worthwhile reminding ourselves of the premises behind and the realities of welfare statism.

First and foremost, the guiding idea behind political paternalism is that the individual cannot be trusted to be a free and responsible human being. Those who wish to socially engineer our lives consider us too ignorant, too irresponsible and too narrow in our own personal planning horizons to intelligently and reasonably take care of our own health care, our own retirement, our own family's education, or our own spending and consumption choices.

These political paternalists who are proposing to enlarge the agenda of the welfare state implicitly consider themselves superior to the rest of us. With arrogance and immeasurable hubris, they presume to know what is good for us, better than we know ourselves. They are nothing less than would-be tyrants and despots determined to make the world over in their own ideological image – and, of course, all for our own good, whether we want it or not.

In addition, they are willing to use force against their fellow human beings to attain their paternalistic ends. That is, they believe that it is morally right for the state to use its coercive powers to take the income and wealth of some to give to others.

If an innocent citizen were to resist having his income and wealth redistributed, the paternalists clearly believe that the state has the right to even kill him (since the police agents of the state have the legitimized authority to use lethal force against those who resist its power) so someone else can have his or her food stamps, or public housing apartment, or for the government to pay their visit to the doctor's office.

If this seems like an "extreme" or an exaggerated statement, see how the government will react if on the day your income taxes are due you inform the tax authority that you are sending in a tax payment to pay your contribution for police, courts and national defense, but you're withholding any amount that would fund any of its redistributive programs because you consider them unnecessary and immoral. You soon may be facing jail time or physical harm if you resist their confiscatory seizure of your property for unpaid taxes.

Second, a number of economists, such as Nobel Laureate James Buchanan, have taught us that the actual politics of government intervention and redistribution have little to do with high-minded notions concerning some hypothetical "public good" or "general interest." The reality of democratic politics is that politicians want campaign contributions and votes to be elected and reelected, and they offer in exchange other people's money. Those who supply those campaign contributions and votes want the money of others, which they are not able to honestly earn through the free play of open competition in the market place.

The bias in the democratic process toward political plunder is due to what is called a "concentration of benefits and a diffusion of burdens" that results from various government interventions. Suppose that in a country of 30 million people, the government taxes each citizen $1, and then redistributes that $30 million among a special interest group of 30 individuals. Each taxpayer will have one extra dollar taken away from them by the government for the year, while each of the 30 recipients of this wealth transfer will gain an extra $1 million.

The 30 recipients will collectively have a strong incentive to lobby, influence and even corruptly "buy" the votes of the politicians able to pass this redistributive legislation. Each individual taxpayer, on the other hand, will have little incentive to spend the time and effort to counter-lobby, influence, and petition members of the legislature merely to save $1 off his or her annual tax bill.

Thus, modern democracy has degenerated into a system of political plunder and special privilege at the expense of consumers, taxpayers and competing producers in society.

The Mirage of Social Justice

Third, as another Nobel Prize-winning economist, Friedrich A. Hayek, persuasively argued, even if we assume that the political paternalists have the most benevolent motives in mind, there is no real meaning to ideas such as "social justice" or politically enforced "fairness." They are all "mirages," Hayek warned. The market does not reward some hypothetical notion of "merit" or "goodness." The market rewards "service," i.e., did an individual succeed in offering to others some specialized product in the market system of division of labor that was valued by those others who were willing to pay a particular price for it?

There is, in fact, no objective measure of an individual's "real merit" or "worth" or "need," and therefore there is no impartial and unbiased way the state can bestow on each member of society some fraction of national income that reflects their "socially just" and deserved amount.

Hence, it is far better to leave such issues to the private-sector charity of individuals and voluntary associations, who in spending their own money will do so based on their own evaluation of who may or may not deserve charitable support guided by their own personal standards of benevolence.

Plus, private charity, precisely because it relies on voluntary contributions, is far more efficient in their tasks than the coercive monopoly welfare state. Why? Because private charities must demonstrate to their voluntary supporters that their dollars have been spent effectively; otherwise, their support diminishes over time in competition with other charities and other uses the donors have for their own money.

Fourth, the welfare state produces over time perverse incentives and behavior among the members of society. Economists call this "moral hazard." If the costs and consequences of someone's mistakes and bad judgment are paid for and subsidized by others, then the person making those mistakes or acts of bad judgment has no incentive to learn from his mistakes and act more carefully and wisely in the future. Thus, you create an incentive for such individuals to do the same thoughtless or reckless actions again in the future. Plus, you signal to others in society that they, too, can act in the same irresponsible ways, and have someone else – the taxpayer – pick up the tab for their mistakes in the future, as well.

Because of earlier government bailouts, the "too big to fail" financial institutions on Wall Street believed they could act recklessly with their depositors' and investors' money, because they were confident (and have been right for the most part) that government would bail them out, also, if their "creative" investment strategies were to turn into big losses.

If individuals expect the government to plan for their old age, provide their healthcare needs, oversee the education of their children, guarantee them a job, monitor what they eat, drink, watch and read, as well as cover their losses from bad decisions, then why or how shall those individuals ever learn or be motivated to be more self-responsible in these and related affairs of everyday life? This does not make for a healthy and productive society in the longer run.

Fifth, an expanding welfare state generates growing financial demands on the regulatory and redistributive powers of the state. With no "fiscal constitution" imposing a balanced budget or other limits on the expenditures of the government, modern democratic society has plunged further and further into deficit spending and mounting government debt. We are right now witnessing that government debt grow by the trillions of dollars.

Government debt is a lien on citizens' income in the future, since the principle and interest is supposed to be paid off at some point as the government's IOUs come due. Thus, today's deficits mean higher taxes or even more government borrowing tomorrow to at least pay the growing interest on that accumulated debt.

But we also need to remember that we pay for that deficit spending not only tomorrow when the borrowed sums and interest payments are supposed to be paid. We pay for it in the present, as well. Every dollar borrowed today by the government siphons off a dollar that, otherwise, would have been available for private sector investment and use. The society's resources are finite at any moment in time. Those scarce resources are used either by individuals in the private sector or by those running the government. They cannot be used by both of these potential users at the same time.

Thus, every dollar borrowed by the government today (and the real resources that dollar's purchasing power represents in the market place) is a dollar not being used for, say, capital formation, technological innovation, or improvements in private sector job skills so workers may earn higher wages in the future.

Instead, that dollar (and the real resources it represents) is used by government for current consumption: government employee salaries, welfare payments, or the fuel to fly the president's "Air Force One."

As a result, we are that much poorer as a society due to those resources being used for current consumption rather than future-oriented capital formation for higher and better standards of living tomorrow.

The New Road to Serfdom

All of these factors, and others that could be listed, show the menace and the immorality of the welfare state. The welfare state has been and will continue to lead us down a dangerous new "road to serfdom" in which our lives are more and more controlled, managed and manipulated by those in political power who claim the right to dictate how we are to live and work.

It encapsulates an evil immorality in which political force continues to claim the authority to deny us our individual rights to life, liberty and honestly acquired property. The interventionist-welfare state has been creating a new feudalism with political and special interest elites who serve as the "lords" who rule over and ruin the rest of us, the modern serfs who are expected to toil for their benefit under strangling regulations, burdensome taxes and most likely worsening inflation as the years go by.

All of us who prefer to be free men in a free society with a free market need to do all in our intellectual power to stop and reverse this reactionary counter-revolution against the ideal of human liberty. Otherwise, our civilization may be heading for a terrible collapse that will leave nothing but tyranny and poverty for generations to come.