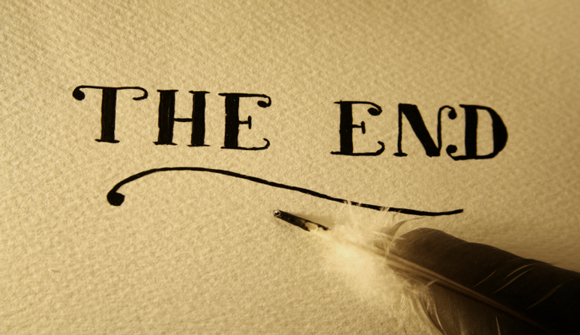 On the surface, the preamble to the Act, which summarized the purpose of the new government-created institution, seemed fairly innocuous:

"An Act to provide for the establishment of Federal reserve banks, to furnish an elastic currency, to afford means of rediscounting commercial paper, to establish a more effective supervision of banking in the United States, and for other purposes."

The Powers of the Federal Reserve

But what this meant was the start of the monopolization of monetary matters in the hands of a single politically appointed authority within the boundaries of the United States.

Those innocuous sounding functions listed in the Act's preamble, however, gave the Federal Reserve the power to:

(a) Control the quantity of money and credit supplied in the United States.

(b) Influence the value, or purchasing power, of the monetary unit that is used by the citizenry of the country in all their transactions.

(c) Indirectly manipulate the rates of interest at which borrowers and lenders transfer savings for investment and other purposes, including the funding of government budget deficits.

The 100-year record of the Federal Reserve has been a roller coaster of inflations and recessions, including the disaster of the Great Depression of the 1930s, the "excessive exuberance" of the late 1990s that resulted in the "Dot.Com" bubble that burst in the early 2000s, and the recent boom-bust cycle of the last decade from which the U.S. economy is still slowly recovering.

The crucial and fundamental problem with the power and authority of the Federal Reserve is that it represents monetary central planning. In a world that has, for the most part, turned its back on the theoretical error and practical disaster of believing that governments have the wisdom and ability to centrally plan the economic affairs of a society, central banking remains one of the major remaining forms of socialism practiced around the globe.

Government control and planning of the monetary system has resulted in extensive political power over virtually every aspect of our economic life. In 1942 Gustav Stolper, a German free-market economist then in exile in America from war-torn Europe, published a book titled "This Age of Fables." He pointed out:

"Hardly ever do the advocates of free capitalism realize how utterly their ideal was frustrated at the moment the state assumed control of the monetary system . . . A 'free' capitalism with government responsibility for money and credit has lost its innocence. From that point on it is no longer a matter of principle but one of expediency how far one wishes or permits government interference to go. Money control is the supreme and most comprehensive of all governmental controls short of expropriation."

The Power to Manipulate the Lives of Millions

Through monetary central planning governments have the capacity to manipulate and destroy the real value of the accumulated savings and wealth of hard-working people. Rising prices eats away at the real buying power of every dollar a person has set aside and saved for his needs of the future.

Governments can use money creation to redistribute income among individuals and groups in the society to serve various political purposes. When the money supply is increased it does not impact every market demand, price, or income at the same time. It is injected in the economy and, like a pebble dropped into a pond of water, sends out ripples of effects that differentially and disproportionally benefit some and harm others.

In addition, monetary injections through the banking system distort and twist the patterns of capital investment and resource use throughout the society, which inescapably generate the booms and busts that have punctuated the economic history of America during the last 100 years.

The rationale behind such control has been the notion that governments and their appointed central-banking authorities have the knowledge and capability of maintaining economy-wide stability and growth.

But what has never been explained is how a handful of central bankers can know, better than the free competitive market, what should be used as money, what the quantity and value of that money should be, and what interest rates can assure a proper and continuous balance between savings and investment for long-term sustainable economic growth

In other words, central banking represents one of those instances of the hubris of the social engineer, who claims to know more about how to better manage some aspect of society rather than to leave these decisions and their outcomes to the individual market participants themselves.

The fact is, the Federal Reserve can no more correctly plan for an "optimal" quantity of money or a fictitious "good" rate of price inflation than any other branch of government can properly plan for the optimal supply and pricing of shoes, cigars, soap, or scissors.

And the history of central bank monetary policy in the United States and around the world has demonstrated the same inevitable failures as all other forms of socialist planning over the last century.

The Market Knows Better than a Central Bank

What should be used as money and what quantity of it would serve the uses and demands of people in society can only be discovered through the interactions of people in a free market.

What should be the value, or buying power, of a unit of money can only emerge out of people offering money they have to spend for the goods and services that others are offering in exchange for that money. The resulting money prices for purchasable goods would establish what the general value of that money should be in the market place.

And a truly free and competitive banking system would generate the stable and sustainable financial intermediation that would enable the formation of market-based rates of interest to bring people's savings into coordinated balance with the borrowing demands of others desiring to undertake profitable investments.

An Agenda for Monetary Freedom

What, then should be the done, and put in place of government central banking? The consistent advocate of the free market should call for the abolition of the Federal Reserve and the operation of a market-based system of private and competitive free banking in its place.

The following would be the steps to bring this about:

1. The repeal of the Federal Reserve Act of 1913 and all complementary and related legislation giving the federal government authority and control over the monetary and banking system.

2. Repeal of legal-tender laws, which give government the power to specify the medium through which all debts and other financial obligations, public and private, may be settled.

3. Repeal of all restrictions and regulations on free entry into the banking business, including interstate banking.

4. Repeal of all restrictions on the right of private banks to issue their own bank notes and to open accounts denominated in foreign currencies or gold and silver.

6. Abolition of the Federal Deposit Insurance Corporation. Any deposit-insurance arrangements and agreements between banks and their customers, or among associations of banks, would be private, voluntary, and market-based.

In the absence of government regulation and monopoly control, a free monetary and banking system would come into existence; it would not have to be created, designed, or supported.

A market-based monetary and banking system would naturally emerge, take form, and develop out of the prior system of monetary central planning. Monetary freedom would be established in place of the current Federal Reserve System.

The 100 years of central banking mismanagement and central banker hubris of presuming to plan the monetary and banking affairs of hundreds of millions of people would, then, would be brought to it's end.