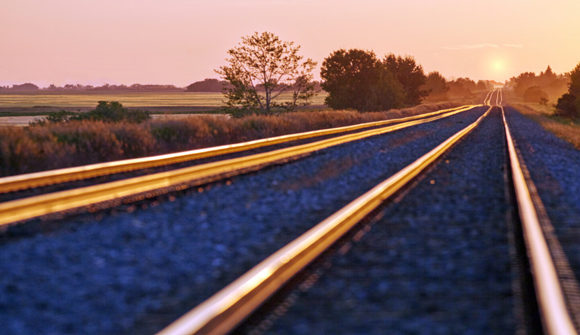 How To Restore the West: Axiom 1

Fascism is the system of government that cartelizes the private sector, centrally plans the economy to subsidize producers, exalts the police State as the source of order, denies fundamental rights and liberties to individuals, and makes the executive State the unlimited master of society…. This describes mainstream politics in America today. And not just in America. It's true in Europe, too. It is so much part of the mainstream that it is hardly noticed any more. – Lew Rockwell

Historically, much of the strength and vitality of the West was based on local communities, an intact family, cultural and religious structure and maybe some local specialty agricultural, natural resource or crafted products that were exported or traded for other nearby goods and services produced by other communities. Most taxes, military requirements or personal service that was rendered to the local, regional or distant central government were implemented during wartime or when the reigning political entity had revenue problems, which, of course, they often did. Governments and politics have always been about stealing wealth using coercion or false promises and nothing will ever change in this regard.

If you look at the world as it is today rather than as you wish it were, nothing is as it was, particularly in the "formerly" advanced West. We live in a financially and economically interconnected world where transportation and information travels at lightning speed when compared to 100-plus years ago. The modern centralized state began to form in the US in 1913 with the coup by financial elites creating the Federal Reserve and the income tax, and started somewhat earlier in Germany under Bismarck.

Now, to be honest, despite the wealthy and powerful banking interests involved, for many these "advancements" were a grand experiment designed to improve the lot of poor and impoverished citizens in addition to centralizing power and programs at the top. The world back then, as today, was far from perfect for the vast majority of citizens. Over these last 100 years there have been many similar political and economic models used to improve society, ranging from communism to fascism and national socialism and now back to the modern fascist model, without the anti-Semitism and violence so far, of the national socialist (Nazi) model.

Although now everyone blames the Germans for the horrendous results of National Socialism, at the time it was considered a new program to save Germany from the horrors of the First World War and the punitive destruction and massive theft of the Treaty of Versailles. World War Two and the rise of Hitler were created at Versailles by the greed and corruption of a few Western leaders and a power elite seeking to benefit financially from the German defeat. The consequences continue even today with the problems and violence in the Middle East.

My point in this short history lesson is we can't go back to the world of the 19th century nor should we want to. Generally independent local communities, unique cultures and the impact of religion on society are dying in the West. These old values are being destroyed by a world of global commerce and massive corporate conglomerates controlled by a few.

In addition, the migration of peoples to relative wealthy countries for work together with the corresponding export of industrial and even service jobs to the lowest-cost foreign venues is wrecking the economy and employment opportunities. We are in the middle of a massive dislocation of people on a worldwide basis and it is only difficult to observe this because we are in the middle of it.

Together with these changes, power elites are conditioning society to accept these dramatic adjustments just as they did in the United States and Great Britain during the 19th and early 20th century when the mining industry would build communities and then leave for other resource locations. In another example, the textile industry abandoned mill towns in New England for lower cost production locations in the southern states.

This followed the War Between the States and the 100-year Southern depression following the military defeat and Reconstruction (military rule) by the Union. Remember, unlike today, the two earlier centuries were a time of growing empires and expanding nation-states together with industrialization using economies of scale so I believe the South's attempt at independence was doomed from the start.

Note, I haven't mentioned the free market or individual and regional sovereignty because the 19th and 20th centuries were a period of centralization of power and the growth of the nation-state. Individuals became cogs in a wheel and little more unless they were very smart, hard working and entrepreneurial.

But the Internet Reformation is changing all of this. An open and alternative Internet media is rapidly replacing the earlier monopoly power of elite print and radio propaganda. Many alternate views and information is now provided to counter the falsehoods of government, the mainstream media and the financial establishment. In addition, the lies and cover-ups of history are being pushed aside now with more revisionist and non-victor versions of the past so we as a people are learning both the good and ugly aspects of each country's true history.

All of this terrifies the power elite used to getting their way with a dumbed down populace and voters controlled by the former monopoly print, radio and cable media. The Internet Reformation is forcing them to make a quick, mad dash to solidify their elite and global governance rule before the Internet is utilized to inform, organize and fund a "critical mass" of opponents to thwart their global fascist rule.

Freedom advocates must use the power of the Internet to promote our version of free-market actions and personal and regional sovereignty instead of their one-world control. Future axiom articles will highlight different actions we can take to promote liberty and to restore the greatness and free-market thinking that was once the West.

Finally, politics has changed forever with new political parties and candidates like Ron Paul and secession/independence parties across Europe using the Internet to get their free-market and decentralization messages out. The opposition EU and Anglo-American elites only propose a modern day form of top-down control that is little more than a resurgent, slightly friendlier form of fascism.