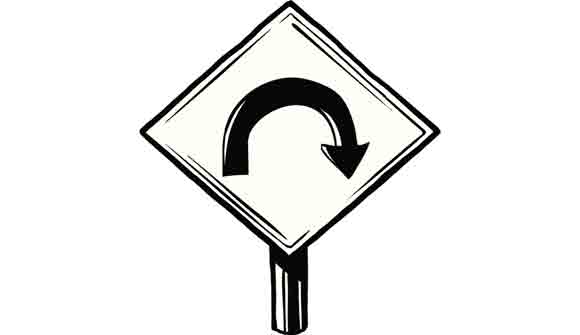 EDITORIAL
Axiom 3: Back to the Articles of Confederation as America's Central Government
By Ron Holland - January 29, 2013

Americans demanding a return to limited government, a balanced budget and an end to spiraling sovereign debt have been voting for the GOP for decades and the result has been total failure on all counts. To accomplish these goals we really must turn the government structure back to our first government model, the Articles of Confederation, so the centers of real power are at the state rather than the federal level. Since 1913, it has been very easy, between maintaining the two-party monopoly and buying off Congress, for the power elite to control leviathan from the top down. This would be far more difficult if power, authority and programs were decentralized and returned to control of the individual states.

Changing the government does not mean voting in another president or changing whether the Democrats or GOP control the House or Senate. Both parties are equally guilty and responsible for the downfall of America. Yes, I would certainly prefer Rand Paul to another Democrat president following the second term of Barak Obama. And of course more liberty-oriented state house representatives as well as senators and congress members at the federal level would help to get the liberty message out.

But national politics today is like "window dressing" on the Titanic and electing a "few more good politicians" will never create a majority on most important issues. The political leadership knows we are sinking and have reserved the lifeboats for themselves. All of the electioneering and mindless political chatter is about as relevant as deciding who would pay the final bar tab on the Titanic. Politics is just a subterfuge to keep you in the bar while the elites rush aboard the lifeboats.

A Short History of the Articles

If we really want to restore the original republic of our founding fathers and a modern day version of liberty and limited government back to these united States, the current all powerful federal government must be relegated to the trash heap of failed ideals of history – and soon. The formerly sovereign states of the US must return again to our first federal government, the one our founding fathers created and our patriot armies shed their treasure, blood and lives to establish, the Articles of Confederation.

Before the Constitution was drafted, the nearly 2.5 million citizens of the 13 sovereign states were governed under the Articles of Confederation, established by the Second Continental Congress. The limited confederation government formed by the Articles began on May 10, 1775 and lasted until September 15, 1787. Please note the population statistics at the time did not include Africans or Indians, according to the US Bureau of the Census, so the real population was substantially higher than the official figures.

According to US Office of Personnel Management, the 2011 civilian federal workforce, excluding postal service employees, was 2.15 million. Adding in the 500,000 postal workers means there are more civilian parasites employed by the federal government living off of productive taxpayers in the private sector than there were citizens back in 1776. I believe the Constitution and Bill of Rights have failed our nation because of the actions of a few.

The Constitutional or Philadelphia Convention took place in Philadelphia from May 25 through September 17, 1787 supposedly to address problems with the Articles of Confederation. Slow methods of communication had made it difficult to govern a decentralized confederation of sovereign states, both at the executive and legislative levels, one of the reasons a more centralized government structure was suggested.

So although the announced public intention was to revise the Articles, powerful interests represented by James Madison and Alexander Hamilton conspired to create a new government instead of improving the lawful and legitimate government of the Articles of Confederation. The result was the Constitution that America operated under for better and sometimes for worse until the coup of Lincoln in 1861 and the total overthrow by Money Power in 1913. Note most of the participants supported the Constitution because of communication inadequacies of the Articles and had the best of intentions but there was a hidden element consisting of those out to emulate the powerful central governments of Europe.

The extreme opposition to the Constitution has been covered up and downplayed in the establishment's directed history propaganda about the period but, in fact, men like Patrick Henry, Thomas Jefferson, Richard Henry Lee (great uncle to Robert E. Lee) and many others strongly opposed ratification. The Anti-Federalist opposition was strong and existed across the nation. For instance, in North Carolina and Rhode Island, the new government was not ratified until forced to do so. In Rhode Island, resistance was so strong that civil war almost took place but with the passage of the Bill of Rights, the opposition collapsed, the Articles of Confederation was ended and the new, more powerful government structure took over the federal government.

"Propaganda is to a democracy what violence is to a dictatorship." – William Blum

Of course, the truth of many such actions was effectively covered up until historical accuracy was revealed through the Internet Reformation. This is why the history books and public school texts teach only the authorized propaganda version.

The first was the Whiskey Rebellion in 1791 in which armed resistance by citizens against a new whiskey tax took place in opposition to Treasury secretary Alexander Hamilton's federalist program to increase central government power and revenue. George Washington and an army were used to successfully quell the rebellion.

Second was the Fort Sumter incident in Charleston Harbor in which a horse was killed but the "battle" was used to coerce Northern newspapers to begin to oppose Southern independence as strongly as they had earlier urged a peaceful solution to state secession. The real reason for the about-face was that the Southern states generated most of the government revenue at the time because of import duties and the Union could not survive without the Southern revenues.

The third was Lincoln's call for troops from the different states to invade and conquer the seceding Southern states. This demand for troops and states to wage war on other states caused the states in the upper South to vote in secession conventions to withdraw from the union. Southerners rightly considered their actions a second American Revolution against tyranny.

Fourth was the secretive and deliberate aid to support both the communist takeover of the Soviet Union as well as later support for the Nazi regime in Germany by Wall Street interests.

Fifth was Roosevelt's prior knowledge of a certain Japanese attack on Pearl Harbor after the US had cut off all oil and steel imports to Japan. Many in Washington felt this was necessary to stop Hitler and aid our communist Soviet ally against the will of a majority of US citizens.

The Gulf of Tonkin Resolution by Lyndon Johnson, based on a falsified incident, was introduced to get the US into a ground war in Vietnam. This harkened back to both the Charleston Harbor incident as well as the 1898 sinking of the battleship USS Maine in Havana Harbor, starting the Spanish American War.

Then there were the political assassinations of John and Bobby Kennedy as well as Dr. Martin Luther King and the attempted assassination of George C. Wallace. During those days the elites didn't fear truth because without the Internet Reformation and alternative media of today there really were few outlets available to circumvent the establishment news and opinion monopoly. Therefore, political leaders could say and even act often without restraint as long as they didn't have the mass popularity to threaten the monopoly control. When this happened, there was usually a warning first that some heeded, like Ross Perot. Others were eliminated or badly wounded, like Wallace.

In hindsight now, 220-plus years later, it is clear that the concerns expressed by the Anti-Federalists were correct. They strongly opposed the central government having more power than the state governments, were concerned about the federal judiciary and rightly feared the presidency could morph into a monarchy.

Actually, the recent presidential election, inauguration and the related entertainment provided proof we have the presidential trappings of monarchy, the centralized power structure of fascism and the immorality of Rome's Caligula. America has come a long way DOWN from the original government established by our founding fathers, The Articles of Confederation.

Next, Axiom 4 will show how to organize and structure the restoration of our individual states back to the Articles.