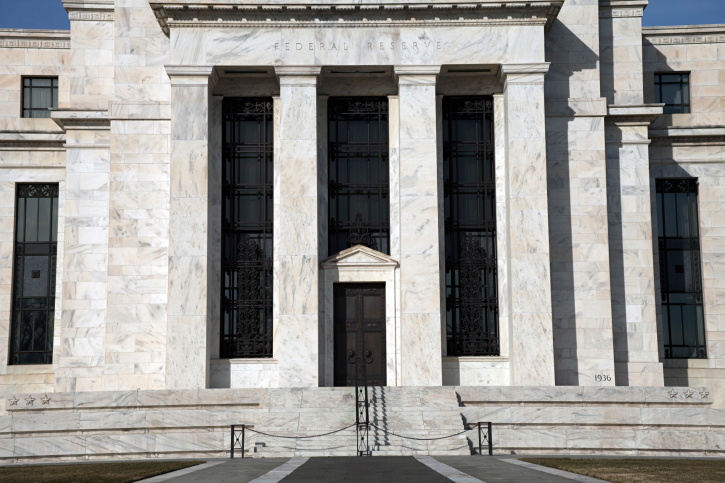 EDITORIAL
At the Fed, The More Things Change, the More They Stay the Same
By Ron Paul - February 17, 2014

Last week, Federal Reserve Chairman Janet Yellen testified before Congress for the first time since replacing Ben Bernanke at the beginning of the month. Her testimony confirmed what many of us suspected, that interventionist Keynesian policies at the Federal Reserve are well-entrenched and far from over. Mrs. Yellen practically bent over backwards to reassure Wall Street that the Fed would continue its accommodative monetary policy well into any new economic recovery. The same monetary policy that got us into this mess will remain in place until the next crisis hits.

Isn't it amazing that the same people who failed to see the real estate bubble developing, the same people who were so confident about economic recovery that they were talking about "green shoots" five years ago, the same people who have presided over the continued destruction of the dollar's purchasing power never suffer any repercussions for the failures they have caused? They treat the people of the United States as though we were pawns in a giant chess game, one in which they always win and we the people always lose. No matter how badly they fail, they always get a blank check to do more of the same.

It is about time that the power brokers in Washington paid attention to what the Austrian economists have been saying for decades. Our economic crises are caused by central bank infusions of easy money into the banking system. This easy money distorts the structure of production and results in malinvested resources, an allocation of resources into economic bubbles and away from sectors that actually serve consumers' needs. The only true solution to these burst bubbles is to allow the malinvested resources to be liquidated and put to use in other areas. Yet the Federal Reserve's solution has always been to pump more money and credit into the financial system in order to keep the boom period going, and Mrs. Yellen's proposals are no exception.

Every time the Fed engages in this loose monetary policy, it just sows the seeds for the next crisis, making the next crash even worse. Look at charts of the federal funds rate to see how the Fed has had to lower interest rates further and longer with each successive crisis. From six percent, to three percent, to one percent, and now the Fed is at zero. Some Keynesian economists have even urged central banks to drop interest rates below zero, which would mean charging people to keep money in bank accounts.

Chairman Yellen understands how ludicrous negative interest rates are, and she said as much in her question and answer period last week. But that zero lower rate means the Fed has had to resort to unusual and extraordinary measures: quantitative easing. As a result, the Fed now sits on a balance sheet equivalent to nearly 25 percent of US GDP, and is committing to continuing to purchase tens of billions more dollars of assets each month.

When will this madness stop? Sound economic growth is based on savings and investment, deferring consumption today in order to consume more in the future. Everything the Fed is doing is exactly the opposite, engaging in short-sighted policies in an attempt to spur consumption today, which will lead to a depletion of capital, a crippling of the economy, and the impoverishment of future generations. We owe it not only to ourselves, but to our children and our grandchildren, to rein in the Federal Reserve and end once and for all its misguided and destructive monetary policy.

This article contributed courtesy of Ron Paul's Institute for Peace and Prosperity.