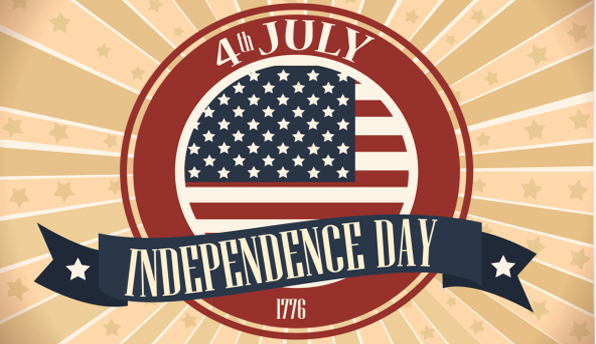 This week Americans will enjoy Independence Day with family cookouts and fireworks. Flags will be displayed in abundance. Sadly, however, what should be a celebration of the courage of those who risked so much to oppose tyranny will instead be turned into a celebration of government, not liberty. The mainstream media and opportunistic politicians have turned Independence Day into the opposite of what was intended.

The evidence is all around us.

How would the signers of the Declaration of Independence have viewed, for example, the Obama Administration's "drone memo," finally released last week, which claims to justify the president's killing American citizens without charge, judge, jury, or oversight? Is this not a tyranny similar to that which our Founders opposed? And was such power concentrated in one branch of government not what inspired the rebellion against the English king in the first place?

The "drone memo," released after an ACLU freedom of information request, purports to establish the president alone as the arbiter of who is or is not a terrorist subject to execution by the US government. There is no due process involved, just the determination of the president. Thus far the only American citizens killed by the president are Anwar al-Awlaki and his teenaged son, but the precedent has been established, according to the memo, that the president has the authority to kill Americans he believes are terrorists.

Even the New York Times, which generally backs whatever US administration is in power, is troubled by the White House's legal justification to claim the authority to kill Americans. A Times editorial last week concluded that:

…the memo turns out to be a slapdash pastiche of legal theories — some based on obscure interpretations of British and Israeli law — that was clearly tailored to the desired result.

I agree with the New York Times's conclusion that, "[t]his memo should never have taken so long to be released, and more documents must be made public. The public is still in the dark on too many vital questions."

Coincidentally, in addition to the "drone memo" released last week, a broader study of the US use of drones was also released by the Stimson Center. The study, co-chaired by Gen. John Abizaid, former U.S. Central Command (CENTCOM) commander, concluded that contrary to claims that drones help prevent wider conflicts by targeting specific individuals, the use of drones "may create a slippery slope leading to continual or wider wars."

In fact, the study concluded, the use of drones overseas is likely counterproductive. "Civilian casualties, even if relatively few, can anger whole communities, increase anti-US sentiment and become a potent recruiting tool for terrorist organizations," the study found.

Seven years ago I wrote in an Independence Day column:

Only the safe-guards and limitations that are enshrined in a constitutionally-limited republic can prohibit a nation from lurching toward empire…I hope every person who reads or hears this will take the time to go back and read the Declaration of Independence. Only by recapturing the spirit of independence can we ensure our government never resembles the one from which the American States declared their separation.

On Independence Day we should remember the spirit of rebellion against tyranny that inspired our Founding Fathers to set out our experiment in liberty. We should ourselves celebrate and continue that struggle if we are to keep our republic.