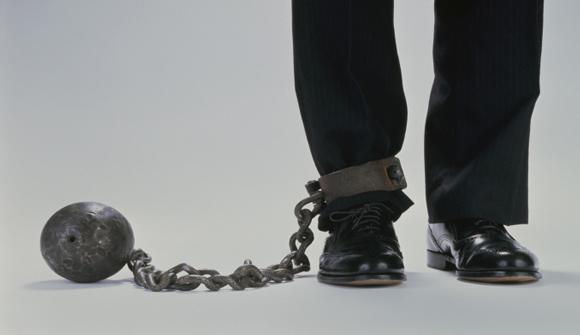 One of the least discussed, but potentially most significant, provisions in President Obama's budget is the use of the "chained consumer price index" (chained CPI), to measure the effect of inflation on people's standard of living. Chained CPI is an effort to alter the perceived impact of inflation via the gimmick of "full substitution." This is the assumption that when the price of one consumer product increases, consumers will simply substitute a similar, lower-cost product with no adverse effect. Thus, the government decides your standard of living is not affected if you can no longer afford to eat steak, as long as you can afford to eat hamburger.

The problem with "full substitution" should be obvious to anyone not on the government payroll. Since consumers did not choose to buy lower-priced beef before inflation raised the price of steak, they obviously preferred steak. So if the Federal Reserve's policies create inflation that forces you to purchase hamburger instead of steak, your standard of living is lowered. CPI already uses this sort of substitution to mask the costs of inflation, but chained CPI uses those substitutions more frequently, thereby lowering the reported rate of inflation.

Supporters of chained CPI also argue that the government should take into account technology and other advances that enhance the quality of the products we buy. By this theory, increasing prices signal an increase in our standard of living! While it is certainly true that advances in technology improve our standard of living, it is also true that, left undisturbed, market processes tend to lower the prices of goods. Remember the mobile phones from the 1980s? They had limited service, constantly needed charging and were extremely expensive. Today, almost all Americans can easily afford a mobile device to make and receive calls, texts and e-mails, as well as use the Internet, watch movies, read books and more.

The same process occurred with personal computers, cars and numerous other products. If left alone, the operations of the market place will deliver higher quality and lower prices. It is only when the government interferes with the operation of the market, especially via fiat money, that consumers must contend with constant price increases.

The goal of chained CPI is to decrease the government's obligation to meet its promise to keep up with the cost of living in programs like Social Security. But it does not prevent individuals who have a nominal increase in income from being pushed into a higher income bracket. Both are achieved without a vote of Congress.

Noted financial analyst Peter Schiff correctly calls chained CPI a measurement of the cost of survival. Instead of using inflation statistics as a political ploy to raise taxes and artificially cut spending, the president and Congress should use a measurement that actually captures the eroding standard of living caused by the Federal Reserve's inflationary policies. Changing government statistics to exploit the decline in the American way of life and benefit big spending politicians and their cronies in the big banks does nothing but harm the American people.