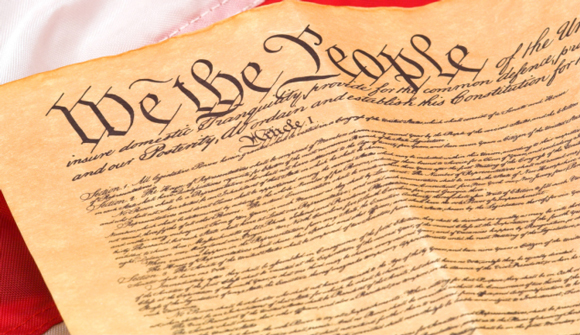 What should be done with the estimated 15 million people living in the United States without the legal right to be here? It seems most politicians and many Americans come down on one or the other extreme. Many Republicans, including Republican presidential candidate Donald Trump, have the idea that they can round up 15 million people and ship them back to wherever they came from. Many Democrats, on the other hand, would grant them blanket amnesty, give them citizenship, and make sure as many as possible are fully signed up to the welfare ranks.

Has anyone thought for a moment about how difficult, expensive, disruptive, and dangerous to our civil liberties it would be to turn over every stone in this country to search for someone who might not be here legally? How many billions of dollars would it cost? The government would likely introduce a national identification card in effort to determine who should be here and who should not. The cards would no doubt be equipped with biometric data to transmit to the government information about law-abiding American citizens that they have no right knowing.

But on the other hand, how many billions of dollars per year does it cost to provide federal, state, and local welfare and other benefits to individuals who are not legally in the United States?

The situation seems impossible and it is true there are no easy answers. I have suggested in my book Liberty Defined that some status short of citizenship might be conferred on a case-by-case basis. Perhaps a "green card" with a notation indicating that the person is not eligible for welfare and not permitted to vote in the United States. I don't think there is any doubt that many who come to this country illegally simply want to work and will take jobs that Americans refuse to take.

The fact is, in a more libertarian society citizenship itself would not be all that highly prized. Immigration could be controlled to a degree using property rights instead of building walls and issuing a national ID card. One very important "right" currently granted by US citizenship is the "right" to all the free stuff from the government. A more libertarian society would likely have a more restrictive immigration policy because entry into the US would not be accompanied by guarantees of free things and most property would be owned privately.

Similarly, the issue of birthright citizenship would be much less difficult if acquiring American citizenship by the fact of being born on US soil did not grant the child the ability to take advantage of the welfare state. Remove the welfare magnet and you will greatly reduce the incentive to give birth here in order to gain citizenship for the baby.

Congress has within its power the authority to clarify the 14th Amendment's definition of citizenship by making it clear that it does not grant citizenship by birthright. Article I, Section 8 of the Constitution is very clear: Congress has the power, "To establish a uniform rule of naturalization, and uniform laws on the subject of bankruptcies throughout the United States." This power has been used in the past to clarify birthright citizenship, including for the children of diplomats born on US soil and foreign prisoners who may give birth while in jail. There is no reason Congress cannot provide further clarification of what the 14 Amendment means when it refers to "subject to the jurisdiction" of the United States.

It is our weak economy, caused to a great degree by the Federal Reserve system and the business cycles it constantly creates, that makes the immigration situation worse for us. Neither extreme position is correct because neither takes this into consideration. A move toward more liberty would be the first step toward a normal immigration policy.