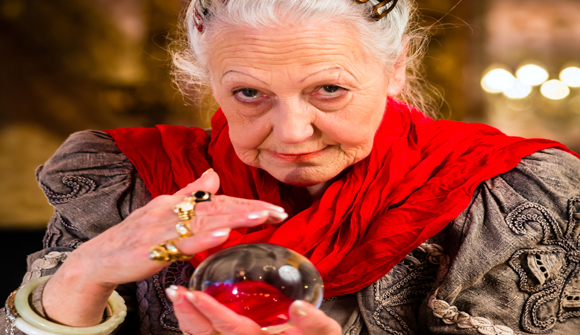 EDITORIAL
Janet Yellen is Right: She Can’t Predict the Future
By Ron Paul - May 25, 2015

This week I found myself in rare agreement with Janet Yellen when she admitted that her economic predictions are likely to be wrong. Sadly, Yellen did not follow up her admission by handing in her resignation and joining efforts to end the Fed. An honest examination of the Federal Reserve's record over the past seven years clearly shows that the American people would be better off without it.

Following the bursting of the Federal Reserve-created housing bubble, the Fed embarked on an unprecedented program of bailouts and money creation via quantitative easing (QE) 1, 2, 3, etc. Not only has QE failed to revive the economy, it has further damaged the average American's standard of living while benefiting the financial elites. None other than Donald Trump has called QE "a great deal for guys like me."

The failure of quantitative easing to improve the economy has left the Fed reluctant to raise interest rates. Yet the Fed does not want to appear oblivious to the dangers posed by keeping rates artificially low. This is why the Fed regularly announces that the economy will soon be strong enough to handle a rate increase.

There are signs that investors are beginning to realize that the Fed's constant talk of raising rates is just talk, so they are looking for investments that will protect them from a Fed-caused collapse in the dollar's value. For example, the price of gold recently increased following reports of stagnant retail sales. An increased gold price in response to economic sluggishness may appear counterintuitive, but it is a sign that investors are realizing quantitative easing is not ending anytime soon.

The increase in the gold price is not the only sign that investors are interested in hard assets to protect themselves from inflation. Recently a Picasso painting sold for a record 180 million dollars. This record may not last long, as an additional two billion dollars worth of art is expected to go on the market in the next few weeks.

Another sign of the increasing concerns about the dollar's stability is the growing interest in alternative currencies. Investing and using alternative currencies can help average Americans, who do not have millions to spend on Picasso paintings, protect themselves from a currency crisis.

Congress should ensure that all Americans can protect themselves from a dollar crisis by repealing the legal tender laws.

Congress should also take the first step toward monetary reform by passing the Audit the Fed bill. Unfortunately, Audit the Fed is not a part of the Federal Reserve "reform" bill that was passed by the Senate Banking Committee. Instead, the bill makes some minor changes in the Fed's governance structure. These "reforms" are the equivalent of rearranging deck chairs as the Titanic crashes into the iceberg. Hopefully, the Senate will vote on, and pass, Audit the Fed this year.

The skyrocketing federal debt is also a major factor in the coming economic collapse. The Federal Reserve facilitates deficit spending by monetizing debt. Congress should make real cuts, not just reductions in the "rate of growth," in all areas. But it should prioritize cutting the billions spent on the military-industrial complex.

Some say that eliminating the welfare-warfare state and the fiat currency system that props it up will cause the people pain. The truth is the only people who will feel any long-term pain from returning to limited, constitutional government are the special interests that profit from the current system. A return to a true free-market economy will greatly improve the lives of the vast majority of Americans.