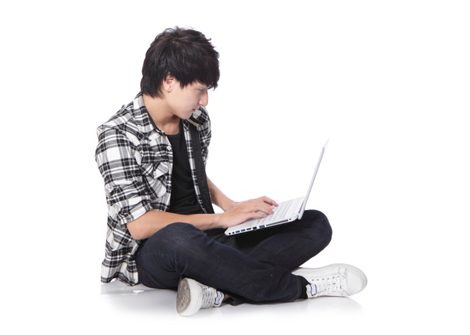 Among the items awaiting Congress when it returns from its August break is reconciling competing House and Senate bills reauthorizing No Child Left Behind. These bills passed early this spring. Each bill is being marketed as a huge step toward restoring state and local control over education. However, an examination of both bills shows that both provide local schools with only limited relief from a few federal mandates.

The biggest problem with these so-called reform bills is that they do not significantly reduce federal education spending. Congress and the executive branch use the promise of "free" money — which they have taken from the American taxpayer — to convince state and local governments to allow the federal government to control the classrooms. The only way to protect American schoolchildren from schemes like Common Core is to repeal, not replace, the federal Department of Education.

Restoring local control over education would be a good step toward restoring constitutional government. However, simply replacing federal bureaucrats with state, or even local, bureaucrats will not create an education system capable of leaving no child behind.

The key to real education reform is to give parents control over education by giving them control over the education dollar. When parents control the education dollar, schools must be responsive to parental demands that children receive a quality education that meets their unique needs. Therefore, if Congress was serious about improving education, it would defund the warfare-welfare state, which would then allow dramatically reduced taxes. Congress could also end the Federal Reserve, thus freeing middle and working class Americans from the regressive inflation tax.

In order to make parental control meaningful, parents must be able to choose from a variety of education alternatives. Thus, private schools, religious schools, and homeschools must be allowed to compete in a free market without government interference. This would allow parents to choose an appropriate education for their child.

The curriculum features three tracks: natural science/math, social sciences/humanities, and business. Students may also take courses in personal finance and public speaking. The government and history sections of the curriculum emphasize Austrian economics, libertarian political theory, and the history of liberty. Unlike the curricula in too many government-run schools, my curriculum never sacrifices education quality to ideological indoctrination.

The curriculum is free for students from kindergarten through fifth grade. Families with a student above the fifth grade pay $250 a year, plus $50 per course.

I am offering three special deals to allow parents to see if my curriculum is right for their child. One is an academic boot camp, designed especially for college-bound students. This is a six-week course that should help students raise their grade point average by at least a full point.

The curriculum is also offering special courses in phonics and mathematics for preschoolers. Both courses consist of 40 video-based lessons designed to teach children basic math and reading in two months.

If you are a parent searching for an appropriate homeschool curriculum for your child, please consider enrolling your child in my academic boot camp, my preschool mathematics program, or my preschool phonics program. Go to ronpaulcurriculum.com for more information.