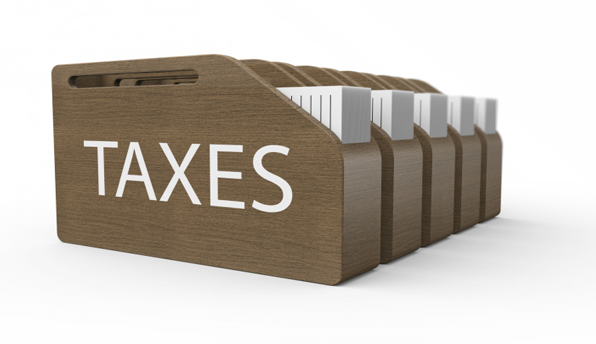 EDITORIAL
Tax Reform is Useless Without Spending Reform
By Ron Paul - May 19, 2014

Recently, Republican leaders in Congress unveiled a "tax reform" plan that they claimed would provide the American people with a simpler, fairer and more efficient tax system. While this plan does lower some tax rates and contains some other changes that may make next April a little less painful for Americans, there is little in it to excite supporters of liberty.??

Taxes may even increase under this plan for some Americans, as it eliminates some of those tax deductions labeled "loopholes." When I served in Congress I opposed bills that "closed loopholes" because closing loopholes is just a fancy way of saying raising taxes. Anything that leaves more money in the hands of the people is beneficial to both liberty and economic efficiency. As economist Thomas DiLorenzo put it, "…private individuals always spend their own money more efficiently than government bureaucrats do"; therefore, sound economics, as well as a concern for liberty, requires opposition to any proposal to "let government bureaucrats spend more of the people's hard-earned money."??

Tax reformers also stray from sound economics when they endorse a tax system that is designed to direct consumption and savings. I share the concern that the current tax system distorts people's behavior by discouraging savings. However, the solution is not for the government to create a tax code that punishes consumption in order to encourage savings. A truly efficient market is one where individuals are completely free to determine how to allocate their incomes between consumption and savings. No politician or bureaucrat can know the proper allocation of savings and investment that meets the needs of every individual, and government policies designed to cause individuals to devote more of their income to savings than they otherwise would distorts the market just as much as policies that encourage excess consumption.??

The Republican tax plan adopts what is called "dynamic scoring." Dynamic scoring is designed to recognize that tax cuts, by incentivizing work and investment, can increase revenue to the government. This is the argument of the famous Laffer curve. It has always seemed odd to me that a supposed free-market economist would argue for tax cuts on the grounds that it would enrich the state's coffers. After all, the more money the state has the greater its ability to violate our liberties. Does this mean that those concerned with liberty should vote against tax cuts? Of course not; the solution is to make sure tax cuts are big enough that they cost the government revenue. ??

Sadly, politicians in Washington refuse to consider any tax plan that would decrease government revenue. This is because the prevalent attitude in DC favors protecting the welfare-warfare state over protecting our liberties. As the obsession with the Laffer curve shows, even many alleged supporters of the free market only pretend to support liberty as a means to enhance the well-being of the welfare-warfare state. ??

Many politicians in Washington also forget that deficit spending is itself a tax. When the government runs deficits it uses money that could be more efficiently used by the private sector. Deficit spending also leads the Federal Reserve to monetize debt, thus burdening people with the inflation tax.??

Instead of worrying over the latest plan to enable the government to more efficiently take our money, people who want to advance liberty must focus on breaking the intellectual and political consensus in support of the welfare-warfare state. Only then can we radically reduce all taxes, including the most insidious and regressive of taxes – the inflation tax.