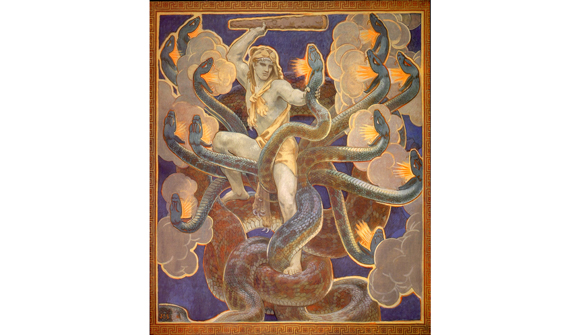 Sometimes it seems as if the single most defining characteristic of the human race is our ability to dehumanize. What other animal slaughters and subjugates its own species in the way we do? What primordial flaw gives birth to dictator butchers, as well as their fanatical legion of followers? I'm reminded of a scene from David Cameron's "Aliens," when Ellen Ripley discovers the true, horrifying purpose of their voyage back to the derelict spacecraft. Speaking of the alien to the crew after discovering that Weyland Corp. representative Carter Burke deliberately allowed colonists to become hosts for the facehuggers, she screamed, "At least you don't see them f—ing each other over for a god d-mn percentage!" How many times does this run through one's head at each new headline detailing the latest drone strike, military intervention, drug sting gone wrong, SWAT raid murder, or flood of legislation?

It may sound paradoxical, but our nature demands liberty because we as a species have a simultaneous capacity for great goodness as well as great evil. Liberty cultivates the good within us, which means that voluntary cooperation between free individuals incentivizes decent behavior round and round in a virtuous cycle.

The State cultivates the evil. Prohibition, regulation, the artificial severing of bonds between individuals via centrally-planned bungling, atomizes society in a way no criminal organization could. Government cultivates strife between the races, the sexes, the generations, the nationalities, all to break down our trust of each other, and to more swiftly guide us into its clutches. Politics quickly provides the spectacle and sense of community our well-being longs for, absent other outlets for community. Politicians become the outlet for our rage, our insecurities, our fear. They know this, and build political dynasties exploiting it.

The blustering blowhard Donald Trump, someone less substantial than smoke, no principle not expendable to the moment, is now surging among the Tea Party. Rand Paul says the Tea Party has been "hoodwinked" by Trump. But if the Tea Party is really so fickle as to swing from a principled defense of liberty a la Ron Paul all the way to an authoritarian cult of personality, how sincere was their love of liberty to begin with? Put another way, how much did the ideal of liberty animate the group by the time someone like Sean Hannity labeled himself a Tea Partier? If there is no substance to a candidate such as Trump, what does that say about his supporters? The same goes for the other candidates, but the popularity of Trump makes me truly believe that, in politics, everyone is a chump. Our taste for scrappy loudmouths who talk endlessly about "strength" comes at an exorbitant price, however.

When we toast the founding of our republic on days like the Fourth of July, we're paying homage to a ghost, a memory, an ideal that no longer resides in the Imperial cesspool of Washington, DC. It's become a ghoulish spectacle, a farce, to watch political hustlers take an oath to a document they have never cared for, while passing bills they will never read. But we vote for them, adore them, shower them with praise, over and over again. Each time, the political class raves that this is the most important election of our generation, so much is on the line, etc. We participate in the civic religion with an almost pathological glee, and never seem to notice the tightening of the noose.

We live under a government that fears exposure, and jails those who expose its true nature. It protects the criminals that bring it greater power, and rewards those criminals with seized wealth and acclaim, while perpetuating the illusion that our participation in the political theatre means "we are the government." That might be the most insidiously evil superstition of democracy, for we control nothing. The Deep State thrives, no matter who is voted into office. The war pigs get their money and their war, the administrative state expands into every facet of life and our loss of liberty is masked by a tidal wave of paper money.

In the seat of our government a hydra now sits, and it has adorned itself with the symbols of our vanquished republic. Wrapped in the flag, concealing itself behind the rhetoric of patriotism, it speaks with a legion of voices and seduces with myriad treasures, asking only in return a priceless gift that it insists we'll never notice is gone: our liberty.

Along with our liberty it also takes the liberty of our children, and our children's children, whom we've condemned to a star-spangled slavery, condemned to provide the bodies for the next war, votes for the next despot, consent-by-silence for the next legislative debacle, the sequel to the Patriot Act, the next social crusade. The crumbling Empire will ride to its slow but inevitable death on their backs as they struggle with the engorged Leviathan they've inherited. Which generation will finally refuse to carry its colossal weight any further?

When this monster finally knocks on our door it will be too late to save ourselves, but maybe we will finally realize that conservatives or liberals were less our enemies than we had previously thought, and we may feel remorse that we expended so much energy opposing each other rather than opposing the thing that is about to demand the ultimate sacrifice from ourselves and our children.

Let's not let it come to that. Let's realize that our enemy is the one who is usually smiling, shaking our hand, spouting about the Founders, patriotism, the Constitution all the while stripping us of the very last of our birthright, that radical heritage of liberty.