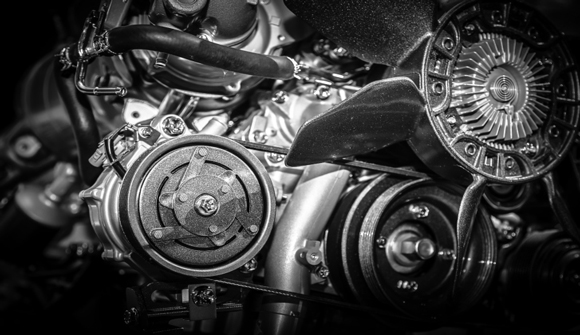 EDITORIAL
Capitalism and the Future of Liberty
By Shane Smith - September 17, 2015

Capitalism is the engine of a society's prosperity. It remains mostly hidden, unnoticed, but attacked and reviled when attention is focused on it as a result of some scandal. But what drives this hostility toward capitalism? To clarify: What drives the hostility toward the operation of markets that are relatively free of government interference? I don't mean those whose hostility derives from the uneven outcomes that are due to the interference of the political class, but those whose resentment is directed at the process of profit, loss and competition itself.

Before I go further, maybe it would be valuable to unpack what most of us mean when we say "capitalism," or "the free market." What is usually meant by "the free market" by most who speak about it in good faith is nothing more than a series of voluntary exchanges. Entrepreneurs create a product or service, and the consumer decides whether to make an exchange. The inherent voluntarism isn't unique to the economic sphere; it permeates a free society. Exchange being a natural extension of the voluntarism inherent in a free society, it makes up just a part of everything contained in the daily human action of a semi-free society. Regulation, taxation and prohibition hamper this process by placing a wedge between individuals who would otherwise engage in trade.

So what aspect of the market process attracts so much resentment among all of us at one time or another? We all benefit from the innovation of the market process, but we take it for granted because that process is hidden from our daily lives. We see the fresh produce in winter; we see technology advancing and take it as a fact of life. But when the market disrupts the lives of some group, we demand action, not knowing that the form that action will take will be poison to the very system that has made possible our standard of living, indeed, civilization itself.

How does one define "justice" in a market economy? If I produce a product that everyone wants, and I supply that product in exchange for money, I will quickly become rich. If I produce a product that no one wants, can I be described as having been the victim of an "injustice"? If I produce a product that customers prefer to another producer, and that producer goes out of business, is he a victim of an injustice perpetrated by me? By the customers? Can these situations even be discussed in terms of justice or injustice? I say no. It may seem obvious when spelled out in the abstract, but it runs counter to daily experience, in conversations with coworkers and the continuous anti-market opinions from mainstream outlets, and it runs counter to our nature when we experience firsthand the unpredictable flux of the market.

An example: I work in the oil business. When prices collapsed, many lost their jobs, projects were shelved and a widespread sense of resentment was directed at this invisible monster that was the cause of the collapse. I don't mean the natural resentment when faced with the tragedy of losing one's job, but the more politically charged "we must do something to fix this" attitude when the market waned. This is an imperfect example, since the oil sector is strewn with government regulation and restriction, but the point is the political reaction toward market changes.

Let me see if I can clarify my point. What we call the market is an interconnected web of social cooperation. We are part of this web as long we go to work, buy, sell and generally navigate society on a daily basis. What we call capitalism is the process that is generated when relatively free individuals interact. It's Adam Smith's "invisible hand" and Friedrich Hayek's "spontaneous order." The social order we are a part of in a relatively free society is what Adam Ferguson described as "the result of human action but not human design."

Capitalism has no central command, and it metes out neither justice nor injustice. But profit by others creates resentment and loss by others creates sympathy. Profit that we've attained leads to fear that we'll lose it and profit that others receive incites envy. What a fragile thing liberty is in the face of these dark emotions. This leads me to the popular, yet dangerous, refrain of those hostile to the constant change of the market economy: social justice.

The topic of 'social justice' is far too broad to be covered in this column, and will be addressed more completely next week. An initial salvo to be hurled against the concept of social justice is that it's incoherent mumbo jumbo. The enemies of the market that have rallied behind this totem are attempting to impose the concepts of 'justice' and 'injustice' to a process where these concepts are not applicable. 'Justice' and 'injustice' can only be applied at the micro level, between individuals, and to transfer them to society as a whole makes no sense whatsoever.

Social Justice Warriors wish to direct, by some mechanism, the market into meting out 'just' or 'equal' results. But to twist the results of the market into a more politically palatable outcome would mean an avalanche of injustice at the micro level. It would mean drastically interfering with the voluntary interaction that forms the foundation of a free society, and the prosperity that goes with it. It's clear that for those advocating social justice, the end result would be a completely planned economy, and ubiquitous misery. The only 'social justice' conceivable is one dedicated to vigorously protecting the free, voluntary interactions of everyone in society. That is the only path to prosperity, and the sole path to the goals that many Social Justice Warriors advocate.

So after that meandering and borderline incoherent diatribe, what's the verdict for this country? The American Empire is crumbling around us. The paranoia of the political class, the debt, the overextension of the military around the world, the unimaginable trillions that have been promised in entitlements through healthcare and Social Security and will never be paid, the tidal wave of paper money … all this signals the Empire's doom.

If the Republic is to be reborn out of the ashes, the foundation stone must be built upon the ideal of the voluntary society, which is the essence of liberty. The only choice we have is between voluntarism and force. The rejection of liberty, which means the rejection of voluntarism, of free markets, has pushed the American Empire to the brink of destruction, and in a supreme act of cosmic idiocy, the Yankee Leviathan hurled itself into the abyss, preferring to perish than relinquish one iota of power.

Fine, then. We're done helping this junkie sober up and get a job He's clearly not interested, despite his protestations. His actions prove otherwise, and he's bringing everyone he loves down with him. It's time to let him self-destruct. But once the Empire does go nova in one gigantic blaze, let's commission a Lincoln Memorial-sized monument depicting the evils that suffocated the Old Republic, inscribed with the words Never Again.