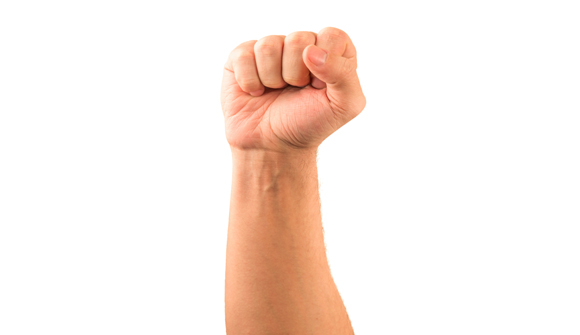 A Subversive Fourth of July Resolution… or Is that Revolution?

The quote is from "Firefly," a damned fine television show, albeit cancelled, cut down by Fox before it had the chance to take off, one that spawned a legion of fans of such devotion that an equally fine film, "Serenity," was eventually produced. Malcom Reynolds, Mal, one-time rebel soldier and idealist, current pirate captain of the ship Serenity, searches desperately for black-market work of every stripe, from smuggling to train jobs to heists, and has seemingly resigned himself to his place within the New Worlds Order that the Alliance has imposed, but nevertheless wears "a coat of a brownish color" and will always be a gorram Independent.

The backstory is that the Independents fought a losing war for freedom with the Alliance, a super-centralized government that sought and attained total control of a constellation of planets that humankind came to inhabit around 500 years in the future, due to Earth That Was suffocating from overpopulation. Looking past that bit of Malthusian theorizing, the themes of the show echo in the mind every Fourth of July: resistance to an overbearing government, the failure and murderous tyranny of a government that seeks to control and plan every aspect of life, a search for a better life outside the artificial barriers that government blankets society with.

A cynicism toward government permeates the series, and the level of moral fiber of each character seems to be inversely proportional to their relationship with the Alliance. Government agents kill innocents without batting an eye, while smugglers and prostitutes risk their lives to save others. Mal and the others he sides with wholeheartedly reject the idea that government can somehow improve society, top down, through coercive tinkering and experimentation. The general implication is that, if humanity is every going to improve at all, it will only happen when each individual chooses to better himself on his own terms. It can't be forced on them, and if it's tried, a truly horrific outcome results. Fans of the series, and the film, know what I'm talking about.

Throughout the day of July Fourth, these themes of liberty and resistance reverberate through the mind, and after the traditional viewing of "1776," the endearing musical film depicting the dithering Continental Congress singing their affirmations and dissents to each other as the fate of American Independence is debated, the mind swims in subversive thoughts. Because this is what July Fourth is, or what it should become again for us.

The birth of our nation should be celebrated as such, but celebrated for the values it enshrined as well as those it ground to dust. Liberty against power, a breaking of Imperial bonds, an assertion that our rights aren't negotiable, aren't granted by government, and that a government that believes it has the ability to grant or repeal rights is a government out of its cage, run amok, a government that has nullified its justification for existing in its current state, one that has forfeited its position as servant to the people.

A Fourth of July, celebrated properly, should put the citizenry in such a frame of mind as to be feared by an intrusive government, come July Fifth. If you awake after a night of bombs bursting o'er head and decide to enter civil service, you're doing it wrong.

Everyone makes such a fuss over New Year's resolutions, as if by sheer force of will they will propel themselves into a skinnier, smarter, more successful version of their current self. New Year's resolutions have always seemed unimportant to me, but a Fourth of July resolution? This is something I could get into. But rather than weight loss or learning the piano, why not transform ourselves into the best advocates of liberty that we can possibly become?

The most subversive activity I can think of, if the goal is liberty, is to learn. Read the great works of those who came before us, read the essays of the great contemporary libertarians. Hell, go back and watch all those speeches and interviews Ron Paul gave while running for president. They're all still on YouTube. Read Murray Rothbard, read Ludwig von Mises, read the essays of Albert Jay Nock, Garet Garrett and John Flynn. The most direct blow we can strike against an overbearing government is to nurture a fire inside for liberty. Learn about the drug war, US foreign policy, economics and philosophy.

We as advocates of liberty subsist too often on the flood of outrageous headlines, the most recent government atrocity, police beatdown, or crackpot crony scheme disguised as a spending bill. We know, and are reminded every day, of what we are against; we must remember what we're for. That may sound like the fat guy telling everyone else to start eating right, because I daily stare at the endless headlines of government overreach. But each day, maybe we should supplement our dose of outrage with an essay like "I, Pencil," by Leonard Read. Or "Isaiah's Job," by Albert Jay Nock. Or a chapter from Hayek's The Road to Serfdom or The Constitution of Liberty. It's amazing how many books you can get through if you resolve to read one chapter per day.

The most subversive Fourth of July Resolution that I can think of is to become a more articulate advocate of liberty, to realize that we came not to celebrate the religion of the State, but to bury it.