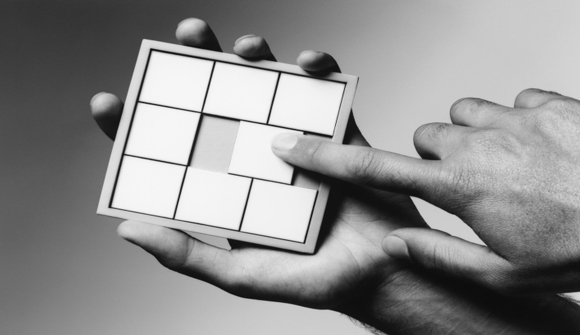 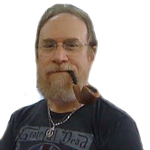 EDITORIAL
Magna Carta and Libertarian Strategy
By Sheldon Richman - May 23, 2015

The middle of next month will mark the 800th anniversary of Magna Carta. My knowledge of the "great charter" is modest, to be sure, but lately I have been reading about it and legacy. (See the "Liberty Matters" discussion, in which I have a small editorial role, going on this month at Liberty Fund's Online Library of Liberty. Also listen to Nicholas Vincent's conversation with Russ Roberts on EconTalk. Vincent is the author of Magna Carta: A Very Short Introduction.)

Magna Carta was an agreement a group of rebellious barons forced on King John on June 15, 1215, at Runnymede, a meadow on the Thames in England, about midway between London and Windsor Castle. I won't attempt to summarize the gripping story, but I'll oversimplify by saying that the barons were fed up with the king's demands for revenue to finance war in France and John felt compelled agree to their demands to rein in his power; in his estimation, refusal would have brought less-desirable consequences. The English branch of the Catholic church (this was pre-Reformation, of course) also had an interest in protecting itself from the king, and its concerns were addressed in the document, all 63 clauses of which were written in Latin on a single sheet of deer-skin parchment.

The charter is one of those things that virtually everyone across the political spectrum (however defined) has invoked in support of his or her cause. As the scholars point out in the "Liberty Matters" discussion, dissidents have held it up as a shield against tyrants, while kings have used it to defend the legitimacy of their rule. It's been enlisted in a variety of missions. Advocates of slavery took refuge in Magna Carta, but so did the proto-libertarian Levellers.

It's tempting to think of Magna Carta as a declaration of the limits of state power and therefore as an early charter of liberty. But the arguments against this perspective are persuasive. It contains little if any political philosophy. As Nicholas Vincent says, the barons would be appalled by modern conceptions of liberty. It's also important to note that the barons, who appealed to tradition English, were not interested in everyone's liberty but only the liberty of a small minority of free men. The language imposing limits on the king's power was vague at best. Bringing the king under the rule of law sounds promising, but it leaves open the question of what the law should be. That was the king's province. The much-lauded clause 39 in the 1215 Magna Carta (there were several versions) states:

No free man shall be seized or imprisoned, or stripped of his rights or possessions, or outlawed or exiled, or deprived of his standing in any way, nor will we proceed with force against him, or send others to do so, except by the lawful judgment of his equals or by the law of the land. [Emphasis added.]

The italicized words are hardly crystal clear. Trial by jury in criminal matters did not exist at that time. These words are followed by:

To no one will we sell, to no one deny or delay right or justice.

Again, this sounds promising, but what is right or justice when the king owns his realm?

The principle "no taxation without baronial consent" also appears, though not in those exact words, of course. Nevertheless, the barons were not proto-libertarians. Defending the liberties of "free men" left a lot of people out of the class of beneficiaries. What the barons sought to minimize were John's arbitrary diktats over themselves. They didn't want it so "good to be the king."

Regardless, neither side abided by the agreement, and war between king and barons ensued. King John appealed for help from Pope Innocent III, who excommunicated the barons and declared Magna Carta null and void because the king signed under duress. However, it was reissued by subsequent kings, albeit with important changes from the original, such as elimination of clause 61, which called for the creation a council of barons that could sanction the king for wrongdoing. Why would any king reissue a charter that appeared to limit his power? Because having power doesn't mean never having to bargain with those who would oppose you — bargaining may be the least costly way to maintain some power. (This point is made clear in the excellent British television series "Monarchy.")

As Magna Carta scholars point out, the interpretation (mythology) and impact of the charter over the last eight centuries are as important as – maybe more important than – the document and the authors' intentions themselves. Even if it wasn't actually a charter of liberty, it is regarded as such – by people, as I've already noted, who have widely differing views on liberty.

This has implications for libertarian strategy today.

That genuine liberty – in the sense of what Roderick Long calls "equality of authority" – can grow out of efforts intended to achieve something less is worth keeping in mind. I claim no profound insights in the matter of strategy, but I do know that social processes, like the people who actuate them, are complex, and therefore unintended consequences – good and bad – are ubiquitous and to be expected. This makes devising a strategy for social change complicated and more likely impossible. There's no algorithm for changing a society from unlibertarian to libertarian. We have no script. That's an argument for the "let a thousand flowers bloom" strategy. (An earlier "Liberty Matters" examined the "spread of liberal ideas" through history.)

If troublesome barons in the 13th century helped to promote future general liberty without its being part of their intention, the case for libertarian optimism may be buoyed. Things may look bleak on a variety of fronts, but we can never know what might turn the tide. Magna Carta is not the only example of such unintended consequences. In Lust for Liberty: The Politics of Social Revolt in Medieval Europe, 1200-1425, Samuel K. Cohn Jr. describes many peaceful and violent acts of resistance against local tyranny, some of which won significant concessions from rulers. It is unlikely the rebels carried a treatise on political philosophy under their arms or a theory of rights in their heads. They didn't gather in the village square to hear a political philosopher read from his latest treatise. The rebels simply reacted against particular burdens that had become intolerable; they did not set out to make a libertarian society. Yet they created facts on the ground, not always permanent, and set precedents for their descendents.

It's more than likely that theorists developed their ideas after studying local revolts. In those days, theory and history weren't compartmentalized. So it's a mistake to think that libertarian theory must precede libertarian social action or that inchoate resistance unguided by "pure" libertarianism can't make real progress toward liberty. Couldn't a thinker spin out a theory of individual rights without prompting from history? It's possible, but it seems more likely that historical episodes will jump-start the intellectual process and that theory and action (history) will mutually determine each other.

If you want more modern examples to go with Cohn's, I recommend Thaddeus Russell's A Renegade History of the United States, which chronicles how liberty was won in the streets through the misbehavior of riffraff who probably never read Locke or Paine or even Jefferson.

There is no one right strategy. If anything proves successful, it will be a loose web of complementary strategies (perhaps too loose to call a "web"), with a good measure of improvisation. Theories will prompt action; and action will prompt theories. Some approaches will consist in what will be labeled "compromise." (Oh horror!) That is, individuals and organizations will advance liberty through partial measures to reduce state power. Savvy libertarians will capitalize on such measures to push for more progress toward liberty. ("If you liked Measure X, you'll love Measure Y.") They won't let the perfect be the enemy of the good. In truth, no compromise is involved if an incremental step is regarded as such and not as an end in itself.

I need not point out – or need I? – that merely because one incremental measure meets the libertarian standard as a genuine short-run step toward liberty, not all measures represented as such must do so. Each proposal is to be judged on its own merits, and good-faith disagreements are to be expected. That's the nature of the endeavor. I see no reason for libertarians, in the name of purity, to withhold support for steps that make real progress toward liberty and pave the way for more.

The libertarian movement needs individuals and organizations that devote their efforts to sound incrementalism, just it needs those who do nothing more than teach pure libertarian philosophy. These approaches need not be at odds. In fact, they are complementary. One without the other is unlikely to succeed because society is unlikely to turn libertarian or dismantle the state all at once. Incrementalism without a guiding philosophy probably won't get us all the way to where we want to go, while merely issuing declarations about libertarianism is unlikely to bring about change. How do we get from here to there if it won't happen in a single bound?

It's important not to conflate philosophy and strategy. An uncompromising market anarchist can coherently embrace incrementalism, understanding that because of most people's conservatism, the state will not be abolished overnight. Murray Rothbard used to say that libertarians should take any rollback of state power they can get. In today's environment, we won't be setting the priorities.

What strikes me as futile is a "strategy" that consists in little more than boldly announcing that – if one could – one would push a button to make (most of the) government go away. That approach tells the uninitiated something about the speaker, but it says little about why a free society is worth achieving and why the state is our enemy. That requires something more than moralizing shock therapy.

Sheldon Richman keeps the blog "Free Association" and is a senior fellow and chair of the trustees of the Center for a Stateless Society.