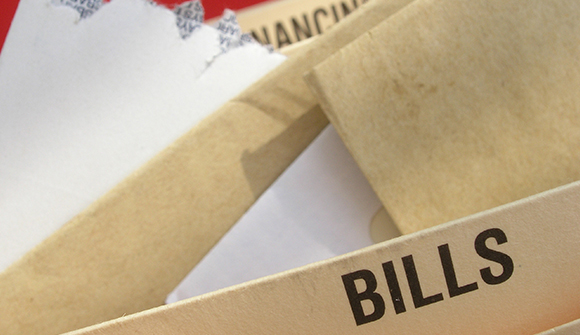 EDITORIAL
A Source of the Financial Fiasco
By Tibor Machan - September 22, 2013

There were numerous reasons why the system stumbled so badly but one was clearly identified by The Economist magazine (9/7/75). "And as so often in the history of financial crashes, humble consumers also joined in the collective delusion that lasting prosperity could be built on ever bigger piles of debt." Indeed.

I know from my own case that when I want something I cannot afford, one way to dodge reality is to engage in debt financing. Those who issue my credit cards rarely say no, so my family and I use them and now and then we max them out. Of course, I convince myself that I will soon earn the funds to offset the debt, pay off what I owe, etc., etc. And so long as I have a decent job, my health is good and there is demand for what I have to offer, such an approach can work, at least up to a point. So far I have succeeded with this plan but only just! I, like millions of other Americans and people around the world, get involved in financially hazardous brinkmanship.

The government does something that's far worse: It puts other people into debt without getting their permission to do so. In a great many cases the government places yet unborn members of future generations into debt. When one is born in this country, one already owes thousands of dollars to others – in China! If one refuses to accept the burden of paying taxes to try to cover this national debt, one becomes a lawbreaker and is threatened with jail and massive fines. Consent is irrelevant to the process. One is treated as being in a state of involuntary servitude. One must comply or one will be in violation of what is misguidedly called the law – a bunch of rules made not by those who are ruled but by people who see themselves as authorized, empowered to make rules for others, those, frankly, who wield power over them.

With this kind of setup it is no wonder that the system runs into financial troubles over and over again. The only thing that keeps it from collapsing is a version of the (Arthur) Laffer Curve: People tend to put up with a load of hardship others impose on them out of lethargy and fear of change. Only if the burdens reach a very high level will they embark upon revolutionary action.

But the compliance with all this, the toleration of the extortion, does not make it all right. Democracy doesn't justify it either since democratic rule is only justified when the conduct sanctioned is itself unobjectionable (as in some elections). The system must be changed; otherwise most of us are complicit in political and related – e.g., financial – malpractice that's actually criminal in normal circumstances.

As to the comment in The Economist, lasting prosperity can only be built on ever bigger piles of debt if those who assume it have the resources to back it – large enough bank accounts, highly desired talents and skills, etc. If they do not, the debt is assumed fraudulently and with more and more such conduct, the system itself will collapse.