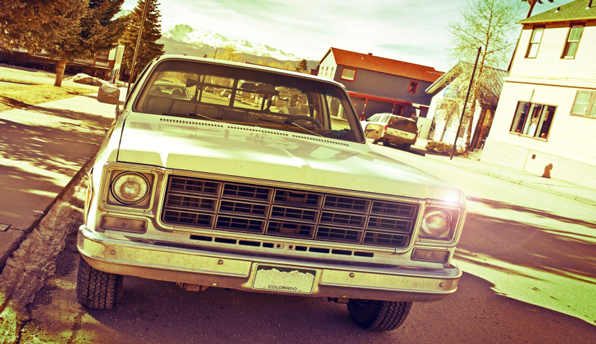 EDITORIAL
Fallacies of the Clunker Program
By Tibor Machan - February 19, 2014

I wish to revisit Mr. Obama's clunker program. There are lessons in there that are worth revisiting.

Most have no time to consider the big picture so when the clunker program came their way, they thought only of the immediate consequences. It all reminded me of those horrible failed urban renewal government plans to raze innumerable small city communities and built huge high rise apartments, plans that Robert Moses of New York City pushed on New Yorkers all the time, which the late Jane Jacobs, the brilliant theorist of city life, opposed most of her life. But when you present the artist conception of the new high rises it tends to look kind of cool and many people are seduced by it.

Same with the clunker trade-in program: I'll just toss my old jalopy and get me shiny new wheels. Never mind that the money you get from the government will eventually come out of your – or, especially, your children's and grandchildren's – pockets and the clunkers will end up in some junk yard that will cost millions and millions to clean up.

It appears that the recent build-up of a housing bubble hasn't taught people anything at all. Much of it was due to easy credit, credit that folks didn't really have coming to them based on their actual financial history. To recover from this the bulk of the population would need to go on an austerity program at least until after they paid off the debt and got back into the financial saddle.

Instead of dealing with the matter with some patience and prudence, the instant fix-it Obama regime simply reintroduced various ways once more in which the country as a whole could go into massive debt, leaving the problem to be dealt with by members of a future – and for now non-voting – citizenry. It is all still just as reckless as the many private accruals of credit had been but now it is more cleverly disguised because members of the current citizenry did not feel the pinch right away. It matters not at all to these people that they are imposing immense burdens on those who have no opportunity to accept or refuse them, not even by means of the rather imperfect democratic method. Once again, the principle of "no taxation without representation" was flouted not only by violating it unabashedly but by not even acknowledging this fact and trying, however feebly, to argue against it.

The clunker program is especially cynical. Most of us have no chance of exploring the broader implications of current public policies – most of us just try to live with them, make the most of them for purposes of managing our current domestic economic affairs. So if a politician engages in the massive violation of elementary principles of justice and fair play while handing his constituency resources confiscated from others – or "borrowed" from helpless future voters – most will just accept it and make the most of it, never mind how the process can progressively corrupt the system under which we live.

The clunker program seemed like manna from heaven to a great many people with old cars they wished they could trade in for newer ones on favorable terms. Never mind that the precedent set or continued with the program spells hardship for those who would be citizens in the future. They cannot protest and no politician, nor anyone in the major media, is going to bring up the matter since it is now and has been for decades quite routine and deemed acceptable. Republicans do it, Democrats do it, so no one on "Meet the Press" or the Op Ed pages of The New York Times or Washington Post would write in opposition to it since bringing the matter up for discussion will simply prompt one's opponents to say, "Hey, but your party has been doing this for decades on end." Robbing Peter to subsidize Paul is what welfare state politics is all about and both the major parties are firmly committed to this system. All that is open for discussion is how deeply the country ought to sink into the morass created.

I am not excusing ordinary folks for their eagerness to take advantage of a something-for-nothing federal program but I do wish to point out that such measures are by now so deeply entrenched in the country that one would need to do some very searching and unpleasant thinking about political economy to realize just how insidious it is. Few can devote the time needed to come to terms with this, so they just roll with the punches. And sadly, the country lacks leadership in the mainstream that might remind folks of this fact.