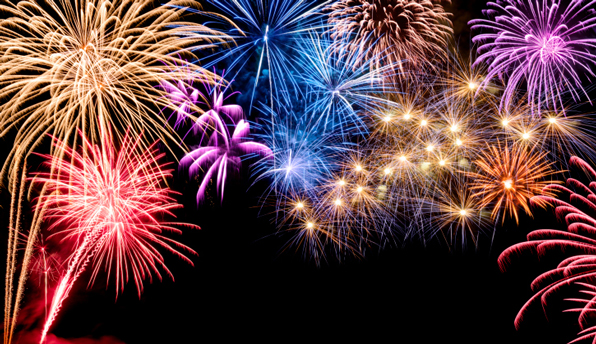 EDITORIAL
Fourth of July and the Public Interest
By Tibor Machan - July 09, 2014

Throughout history political thinkers have been doing a lot of fretting about the public good (or public interest, common good, general welfare, etc.). Usually they came up with massive plans or enchanting visions. Plato's teacher, Socrates, was the great granddaddy contributing to this tradition, what with his strictly imaginary totalitarian society, the Republic. (Arguably neither Socrates nor Plato envisioned it as a blueprint, only as a kind of model to help us remember what's important.)

Not, however, until the American Founders wrote the Declaration of Independence did a truly credible official idea of the public good finally emerge. Others did, of course, educate the Founders, most notably the 17th century English philosopher John Locke. Curiously, even paradoxically, it took a bunch of individualists to finally come up with a sensible notion of the public good!

The reason is not altogether difficult to appreciate. Human beings, while alike in some important respects, are also very different in other important ones. That is what a sensible individualism teaches: we are all human individuals! Accordingly, the message of the Declaration is that the public good, quite unexpectedly for many people, is something rather modest. Instead of devising some kind of utopia in which all the problems people face is dealt with by government – the king, tsar, pharaoh, caesar, sheik, democratically elected group or some other supreme ruler – the Founders realized that the public good is the competent, diligent, conscientious protection of everyone's unalienable individual rights.

Yes, that's the only bona fide, genuine public good. Certainly what all too many con artists are foisting upon us as cases of the public good do not qualify at all – a sports arena, a convention hall, a city pool or golf course, AIDS or obesity research, the city zoo and so forth. None of these amount to true public goods. They are all pretenders, private or special projects masquerading as something that will benefit us all!

Yet the only thing that qualifies for being a public good is the protection of the rights everyone has by virtue of his or her human nature. And, as the Founders so aptly put it, governments are properly instituted so as to secure these rights, not for any other purpose.

This is why the American political tradition – though, sadly, not American political history – is associated with the notion of limited government, government restricted to some few essential tasks. The Bill of Rights suggested some of the details of this by laying out a few or limited powers of government, with everything else left for us all to do in the myriad of voluntary groupings we can organize. And it matters not at all that Founders and Framers thought all this up back around 1776 – it is still as sound an idea as it was back then. (After all, those who disagree and want a massive government, intruding on us all in innumerable ways, are actually advocating something that is much older than the limited government idea – from the start most political thinkers promoted the idea of some kind of super state with an absolute or barely limited ruler on top! Yes, Virginia, it is statists who are reactionaries instead of radicals or progressives!)

So, the American Founders did propose a solid idea of the public interest, of everyone's genuine interest in society, namely, protecting everyone's basic rights. That's a serious task, in need of focus and discipline, and when it's abandoned in favor of the multitasking government we actually suffer a great loss. (Arguably 9/11 would not have happened had the government kept to its limited job and done it well!) Their idea also answers an age-old question: What really is the public good, what really promotes the general welfare? It is to make sure everyone is free of coercion, that's what.

Some think this isn't a grand enough vision of government and they are dead right – it is a grand vision of the potentials and capacities of the citizens of a country, not of its government! Instead of championing the all mighty state, which is still so often irrationally worshipped around the globe, the American idea was – it is now nearly forgotten – that government is to be scaled down to a manageable scope and size and citizens, individual human beings and their voluntary associations, are to be entrusted with the really significant tasks in society.

So on the 4th of July we need to celebrate this magnificent, revolutionary idea, the confidence in the human individual, not in some version of bloated government.