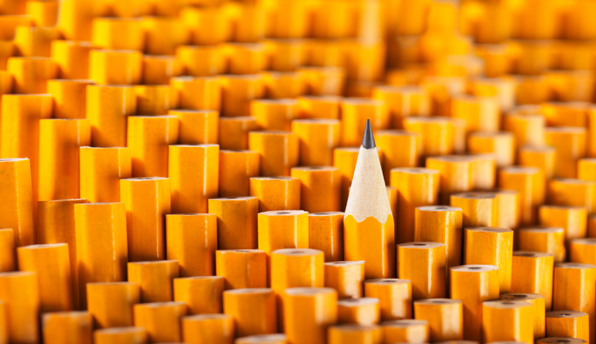 If, as the Declaration of Independence states, individual human beings have unalienable rights to life, liberty and the pursuit of happiness, no one may violate these rights. Every adult individual is sovereign, a self-ruler and not subject to the rule of others. (This is why Americans are referred to as citizens, not as subjects, like so many around the globe.)

Karl Marx was among the many political theorists – like Hegel and Comte – who realized that if individualism becomes prominent, their dream of ruling others in the name of whatever "higher goal or power" is over and done with. So they worked tirelessly to discredit individualism, to establish that no one is sovereign and we all belong to some group – the nation, the tribe, the race, the class, the ethnic group, whatever.

Today some of America's most powerful mainstream politicians have gone on record denouncing individualism and they are joined by a great many academicians, even some scientists, in trying to besmirch the idea. Instead of each person having the free will to guide him or herself in life, each of us is said to be but a cell in the larger organism that is humanity. There have been many who laid out this idea in forceful ways – just read what the French "father of sociology" said about this: "All human rights then are as absurd as they are immoral. This ["to live for others"], the definitive formula of human morality, gives a direct sanction exclusively to our instincts of benevolence, the common source of happiness and duty. [Man must serve] Humanity, whose we are entirely." Marx put it even more succinctly: "The Human essence is the true collectivity of Man," and referred to human beings as "specie beings," meaning they are part of the larger organism or body of humanity. The book, by Lewis Thomas, Lives of a Cell, defended the idea in the mid-20th century!

Most recently the highly honored Canadian philosopher, Charles Taylor, a 2007 recipient of the prestigious Templeton Prize, has argued for "a principle of belonging or obligation, that is a principle which states our obligation as men to belong to or sustain society, or society of a certain type, or to obey authority or an authority of a certain type" in contrast to John Locke's idea, laid out in the Declaration, that there are unalienable rights every individual possesses simply by virtue of his or her humanity. These rights are definitive claims against anyone who would intrude upon one's life, who would rob one of one's liberty and moral autonomy, who would deny one's freedom to choose and to pursue happiness.

In our current political climate it is the philosophy of entitlement that undermines the Lockean idea, which is the philosophy of the Declaration, by insisting that people have a right to take from others what they need or badly want – be this health care, retirement funds, opportunities for purchasing goods and services at lower cost than what some favorite group wants, land on which to build important shops, etc. And the idea of such entitlements, namely, that they are to be legally mandated, enforced, is backed by the philosophy of communitarianism, one that takes us all to belong to society, belong to a larger and more important entity than ourselves.

Yet, of course, it is always some individuals who make these claims and insist that they be the ones to decide what everyone's obligation is to others, to the country, the nation, or the racial group. It is these individuals, after all, who try to secure power for themselves with the phony claim that we all belong to society and thus must be made to pay up what they decide with our lives and labors.

This anti-individualism or communitarianism then comes to no more than the special privilege of certain individuals to run the lives of other individuals, to live off the lives of others who may very well have perfectly justified goals of their own that could be supported with their lives if they were left free to decide about such matters.

Whenever you hear or read attacks on individualism, these attacks are nothing more than efforts to wrest power from people so that only a few select individuals can legally enforce their will on the rest of us, the will of those with whom they disagree.

Communitarianism – or collectivism – is false. Individualism is true. And even communitarians know this perfectly well.