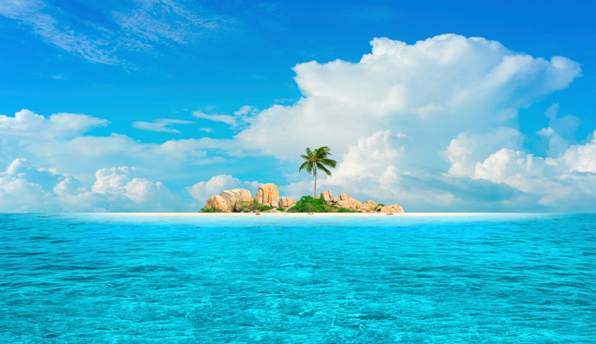 Although it is prudent to be skeptical about the entries found at Wikipedia, the online encyclopedia offers a sound account of utopias: "Utopia is a term for an ideal society. It has been used to describe both intentional communities that attempted to create an ideal society, and fictional societies portrayed in literature. The term is sometimes used pejoratively, in reference to an unrealistic ideal society, one that's impossible to achieve. …"

I found myself inspired to reflect upon the critic's charge, especially since just a few weeks previous I had argued that contemporary politics has become thoroughly corrupt. It is now virtually routine for politicians to be panderers, people who seek to be elected to public office on the basis of offering voters benefits that they will deliver at the expense of others. For virtually every politician the first principle seems to be to promote wealth redistribution, taking from Peter and handing some of what was taken to Paul, while keeping a good bit for politicians and their employees, bureaucrats.

Is this sufficient evidence for the claim that libertarians hate politicians, that they consider government all bad? Not quite.

When one considers an institution or profession as having been corrupted, it is generally understood that there could be instances of it that are not corrupted. Corruption means having gone bad, having seriously deteriorated from the proper, legitimate sort. Like a bad apple or rotten tomato, corrupt politics assume that there could be a right or healthy version of it.

Libertarianism is a political stance that is well sketched out in the Declaration of Independence, a document that American Founders – mainly Thomas Jefferson – crafted and signed in 1776. Seeing that the anniversary of this date is the most significant American holiday being celebrated every year in America, and that's about to happen again, it may be useful to quote the few lines that lay out the conception it proposes as to the nature of a proper government:

"We hold these truths to be self-evident, that all men are created equal, that they are endowed by their Creator with certain unalienable Rights, that among these are Life, Liberty and the pursuit of Happiness. — That to secure these rights, Governments are instituted among Men, deriving their just powers from the consent of the governed…."

The libertarian view of government is that this institution has as its proper purpose to secure the unalienable rights of the citizenry something that's to be served by the government via certain just powers. Government, in turn, becomes corrupt when this purpose is abandoned and others take its place.

Politicians, who are supposed to run for offices that contribute to the proper purpose of government, become corrupt when they try to gain offices that do not contribute to this proper purpose but to others, including coercive wealth redistribution, coercive micromanagement of the lives of the citizenry, coercive regulation of commerce, science, families, healthcare and many other aspects of the lives of the citizenry.

Admittedly, this conception of government is not what has been most prominent throughout human history and, indeed, across the globe in our own time. Even in America, where the Declaration was penned and was supposed to guide the Constitution of the federal and even, in time, state governments, the idea is revolutionary. But that isn't what is vital.

What is vital is that for those who see the view sketched in the Declaration as sound, as do most classical liberals and libertarians, government can be (even if it's only rarely) understood in positive, benign terms and need by no means be "hated." Only when governments become corrupted do they become objects of justified derision, even hatred, mainly because their powers are then utilized for unjust purposes, which is a grave dereliction of their duty.

Think of it like this: Medicine is a wonderful, positive profession but when medical professionals abandon their purpose and utilize their skills – powers – to perpetrate quackery, they have become corrupt and are deserving of severe criticism, even of sanction. That's just what the libertarian thinks about most governments, now or in the past.

But the libertarian isn't deluded into thinking that even the best possible government will be a road to the solution of all social, let alone personal problems people face in a country. This accounts for the amendment process in the American political, constitutional tradition. Failing to grasp this would indeed be utopian – belief in what is politically impossible – something sadly in evidence in most political thinking in our days and discussed as early as in Plato's Republic.