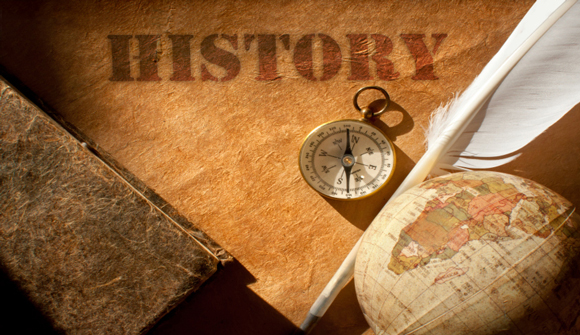 Although I am no professional historian, I do have an interest in what happened and why, especially involving big economic events of the past. One such event is the Great Depression.

I attended a superb week long conference a while back (Cato Institute's Summer University), where not only did I present a couple of lectures of my own, in the field of political philosophy, but listened to quite a few others, mainly about history.

Usually I am surrounded by writings and broadcasts that fawn over President Obama's policies and the philosophical and economic ideas surrounding them but this time I spend an entire week during which extremely knowledgeable people presented carefully reasoned analyses about some other periods of American history during which the American and indeed the world economy was going through various gyrations and people were, as usual, blaming it all on "greed" and freedom just as many mainstream, Obama-supporting commentators do today.

I will not attempt to reproduce what I heard and learned but I do wish to recommend at least one piece of reading material that could, if paid close attention to, set the record straight about how America got into its various economic messes. I have in mind Professor Robert Higgs' pathbreaking Crisis and Leviathan (Oxford University Press, 1987). This book is a real gem. It shows with extensive research and analysis that those running governments repeatedly – and often deliberately – take advantage of economic troubles so as to amass power and once the troubles have subsided rarely return the power to their populations. Instead, they hoard it.

Some of the lectures I heard included Powerpoint presentations and it was fascinating to see direct quotations and sometimes video and audio records of major government officials being openly gleeful about how the current economic fiasco provides them with the chance to grab power. They didn't even think of disguising their opinions but declared unabashedly that this is a great time to take advantage, for all those who like meddlesome government.

Something else that was clear from many of the lectures is that a great many people in American government, both at the time of the New Deal and now, reject completely the ideas and ideals of the major American Founders and believe, with the likes of Alexander Hamilton, that America should be a top-down political system, a monarchy. Hamilton, you see, was disappointed when George Washington would not allow himself to be appointed king of this country, as were many who stood with Hamilton and wished that America simply took on the form of government of Great Britain. All this stuff about individual rights, based on a foundation of a mostly unchanging human nature, didn't set well with these folks back then, just as it doesn't sit well with Obama's team of legal theorists today (such as Harvard Law Professor Cass Sunstein). Such people denied then, and do now, that individuals have any rights except the privileges granted to them by administrators of governments (just as in the past such people believed that it is the king who hands out privileges, selects the favored in the population, with no regard to anything like natural, individual rights).

In one of my own lectures I laid out how the Lockean theory of individual rights presents us all with bulwarks against tyranny by requiring limitation of governmental powers. Because of this revolutionary theory, based on Locke's excellent understanding of human nature – our nature as morally responsible beings, not mere puppets of the state – the US Constitution laid out a very limited set of powers for government and recognized that it is citizens who have sovereignty, not states. Accordingly, government may only deal with certain tasks in a society, ones assigned to it by a process of the consent of the governed – mostly how to fend off criminals and foreign aggressors – and must leave all the other projects that are to benefit the people for the people themselves to handle in mutual peace, never coercively.

Just now, of course, this idea is not even given the slightest respect by Obama & Co. When, for example, Obama claimed that all economists agree with him about the need for a massive stimulus, some researchers at the Cato Institute produced a document with the names of about 250 respected professors of economics from universities and colleges around the country who disputed the wisdom of the stimulus. This flatly contradicted Mr. Obama's claim, yet he never acknowledged the existence of these scholars and kept repeating the lie about how there exists a consensus about the economic wisdom of his stimulus plans.

What was especially fascinating about the historical lectures is that they showed that the same kind of prevarications dominated previous episodes of economic crises even though in every case the cause of them was widely known to be earlier government malpractice. Despite this, the lies are now repeated by some of the most prestigious academic cheerleaders of Mr. Obama's policies!

I only wish everyone in this country could attend an event such as I did. It might contribute to the rescue of the country from the control exercised by people like Mr. Obama who are nearly certain to cause more mischief than produce anything sound and useful.