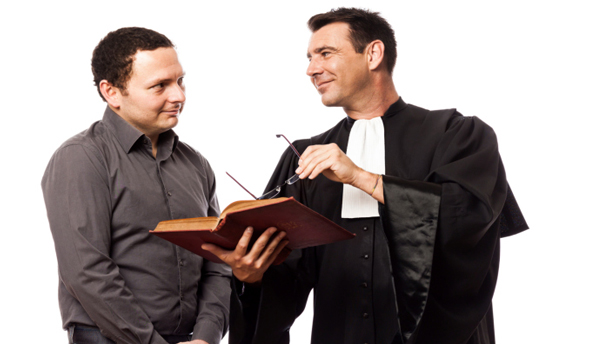 The point of government among free men and women is to protect individual rights. The law rests on rights. Before there is law, codified or part of local practice, there are people, individuals with their rights who may need and want competent and professional protection of such rights.

One born to parents who own property – such as land, goods, etc. – and bequeath it to their offspring can thus own property as well. Furthermore, one may hire – elect – some fellow citizens to provide one with protection of such rights. One can reach an agreement, a compact, with some who would be paid for their legal services. A contract or constitution could be entered into so as to formalize the agreement.

This and some other matters show that property rights are pre-legal, although laws help to institutionalize them. This is the simple but accurate picture of the conceptual status and origin of a legal order. It makes clear that property rights, as well as one's right to life and liberty, are natural, not conventional, not granted by other people, let alone by governments.

Those who would want to rule without limits wish to deny all this. For them it is vital to be seen as rule makers, rulers, instead of rights protectors, since the latter would bind them to working within the limits of the rights they are supposed to protect. After all, why protect rights if those who protect them had the authority to violate them? (This is one reason the police are bound by certain principles that define their scope of authority! When they breach those principles, they engage in police malpractice.)