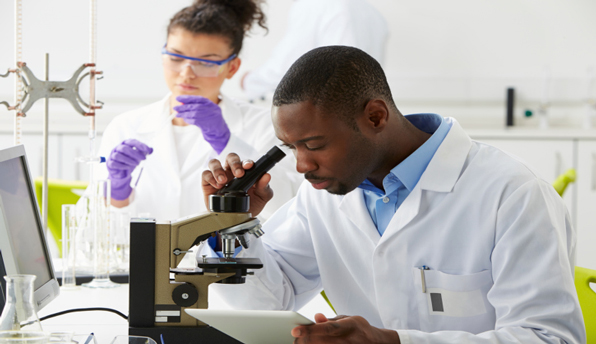 Natural scientists are pretty much committed to understanding the world without reference to morality since if what happens does so because of impersonal forces of nature, there would seem to be no room for consideration of right versus wrong, good versus bad, at least not so far as human beings could do anything about it. So, for example, human misbehavior or misconduct doesn't depend on people but is due to ineluctable natural determinants. Even the misconduct of scientists, the few who fake evidence or plagiarize, simply happens the way a disease or earthquake does. All one can do is lament it, the way one laments a tsunami or tornado. No one is to blame. Nor, of course, are achievements anything but welcome though impersonal events. No one is to be praised for them; no one gains credit.

Yet, while many scientists are committed to expunging morality or ethics from human life – at most they admit that there are undesirable and desirable features of it – they also act as if morality or ethics did matter. As when some of them, say ecologists or climatologists, blame people for anthropogenic global warming or anything else that many believe is due to irresponsible human behavior.

They chide millions for imprudent conduct; they denounce people who drive SUVs, fail to recycle, or ignore the scientists' warnings about what is or isn't environmentally proper. And, of course, medical scientists routinely blame patients for failing to heed warnings about overeating or smoking or lack of exercise. There is, also, the ubiquitous internal quarreling among some scientists about who is right or wrong about various predictions and projections.

In short, even though many scientists are committed to viewing human conduct as no different from the behavior of the weather or the change of seasons – these just happen, never mind choice or decision – they also frequently engage in moral chiding, blaming, which assumes we can make choices, for better or for worse. They talk of what would have happened had people only done this or not done that, just as if they believed that it is quite in people's power to act differently from how they do actually act, or to have done so in the past.

Yet, this internal inconsistency among many scientists who are also quite moralistic about human behavior is not at all widely scrutinized. There is almost a kind of polite silence about it all. When scientists complain about how little attention people pay to their own warnings about one thing and another, few if any ever raise the issue of whether people had any choice about this – maybe they had to pay the little or no attention they did, maybe that is all a matter of the unfolding of impersonal evolutionary forces.

When a great many scientists, writing, say, for publications such as Science or Science News, chide government for not supporting science with enough funds they forget all about their assumption of que sera, sera, "what will be will be" and no choice exists about these matters, free will being a pre-scientific illusion according to them – few take up this paradox in their own stance. If, indeed, there is no choice about any of this, then does it make any sense to complain that certain politicians aren't choosing to do enough about global warming and other environmental issues? After all, they are powerless to do anything other than what they do, are they not? But if so, what's all the fuss about? Why complain, why chide?

It seems to be intellectually confused, if not outright dishonest, for thousands of scientists to avoid this issue. Most maintain that they are the most reliable source of information about how we ought to be going about many of our concerns in life, yet they are also committed to the notion that whatever we do must happen and nothing can be altered as a matter of our decision, our choice.

Perhaps the answer is that scientists, contrary to the conceit of many of them, are not the only ones who can have something useful to contribute to the understanding of human affairs. Perhaps they need to consider that some of what is true about people isn't informed only by their relentlessly deterministic outlook. After all, they themselves aren't able to explain what they do from that perspective alone.

They should perhaps heed the words of one of their colleagues, the British psychologist Bannister, who pointed out that a theorist "cannot present a picture of man which patently contradicts his behavior in presenting that picture." (Borger & Cioffi/Bannister, eds., Explanation in the Behavioural Sciences [Cambridge UP, 1970], p. 417.)