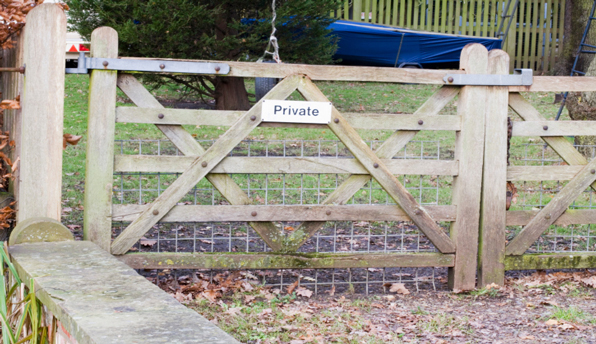 EDITORIAL
The Right to Private Property
By Tibor Machan - January 29, 2014

America's most prominent modern liberal legal theorist was Professor Ronald Dworkin, professor of Jurisprudence at University College London and the New York University School of Law until his death in 2013. His books, Taking Rights Seriously, Law's Empire and Sovereign Virtue are all serious defenses of the idea, basically, that the Lockean tradition of law and politics which the American Founders had invoked in crafting the Declaration of Independence and, to a lesser extent, the US Constitution, is wrong. As he said in one exchange in the pages of The New York Review of Books (December 6, 2007), the US Supreme Court, in upholding the law in New York State in the famous Lochner decision of 1905 that defended private property rights, "relied consistently on the mistaken but principled view that property rights are basic human rights."

Some have made the point that property rights had been used to justify slavery but that is sophistry. The only reason that one could plausibly claim to own slaves is that they were falsely, immorally declared not to be full human beings, more akin to domesticated animals than to people. It needed such spurious thinking to get around the fact that human beings have a property right in their own life, their labor and its fruits.

The idea goes back to John Locke and even farther in human political history, to William of Ockham. Both of these philosophers realized that to be in charge of one's own life, one must have the right to it fully respected and protected in the legal system. If one may not own one's life and resources – lacks the right to life and property – one is at the mercy of governments and all other people. They can command how one will live, who one will serve, etc. But if one has one's right to life and one's right to private property secured, others must ask for one's support or help or consent and are barred from simply using a person against his or her will.

Of course, modern liberals like Professor Dworkin don't approve of this principle because they believe that people must be available to government to order about, to conscript for all sorts of purposes they do not themselves freely accept. This is the Left's major thesis, after all – people belong to society, to humanity, to the body politic. (The most forceful advocate of this was the French philosopher Auguste Comte, who wrote

…All human rights … are as absurd as they are immoral. This ["to live for others"], the definitive formula of human morality, gives a direct sanction exclusively to our instincts of benevolence, the common source of happiness and duty. [Man must serve] Humanity, whose we are entirely." August Comte, The Catechism of Positive Religion (Clifton, NJ: Augustus M. Kelley Publ., 1973), pp. 212-30.

It is no accident that the first thing Karl Marx listed as in need of abolition on the way to socialism and communism is the right to private property. That principle, when observed and protected, is what makes us sovereign individuals instead of serfs and slaves or mere cells in the "organic body" of society.

Sadly, the American Founders spelled out excellent ideas in the Declaration of Independence but then, in the pursuit of national unity they compromised them in the US Constitution. But today, with the leadership of the likes of Professor Dworkin, even the ideas of the Declaration are in jeopardy, ready to be abrogated in the name of some undefined public or common good or the will of the people. It is going to be most important whether this jeopardy will be effectively resisted or yielded to in the coming decades. On that issue the future of human liberty will hinge.