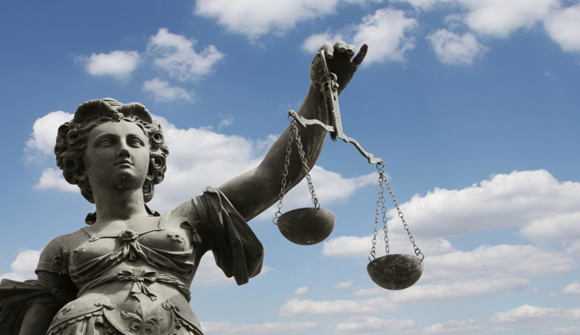 This is by no means a novel question. Certainly it goes back as far as Socrates and those we call the pre-Socratics, political thinkers in ancient Greece and other early organized societies.

The question arises because human beings have an interest in getting their projects right, doing what they see as important to do correctly, properly, not helter-skelter, randomly, regardless of consequences, side-effects, or what in the language of contemporary economists is referred to as externalities.

If a wild beast is chasing down some prey, it doesn't worry about trampling over some innocent bystander or destroying the abode of a fellow beast. The end justifies any means in the wilds. But among civilized men and women that isn't tolerated or proper.

So then the issue of what is a social arrangement that deserves support, loyalty, and protection – i.e., just – is paramount for people. The answers have been contained in treatises on politics, famous dialogues such as Plato's Republic and in works like Aristotle's Politics and Locke's Second Treatise, in constitutions and in legal systems. And while many of those answers have been hijacked by special interests, by some faction of humanity that cares nothing about doing such things properly, that simply wants to acquire might, never mind right, a significant segment of humanity has committed itself to striving to identify and establish a just human community.

But what are the criteria by which justice can be secured? This is a perennially difficult question. Not only is it difficult to answer in and of itself but there are numerous sources in human assemblies that are bent to reaching corrupt answers, ones that merely pretend to be focused on justice and instead promote programs and policies (e.g., progressivism, populism, egalitarianism, etc.) that are in fact concerned with securing advantages for only a fraction of humanity. What the ancient Greeks and others like them tried to do is address the task of identifying and establishing genuine, bona fide justice within human communities. The approach taken by the American founders was to identify what are right standards of human interaction and imbed these in a lasting document by which the community would be governed.

To cut to the chase, the result favored by them was a society based on principles of individual rights that are identified by reference to human nature, a universal standard that can guide a social system to serve the best interest of all those who live under it. Seemingly paradoxically, the public interest or common good turned out to be what was in the interest of individual members of society as individuals and members of freely formed groups, not any group or the whole society or some such divisive faction of human beings. Protect the basic rights of all members of society and you will have achieved the public interest! Respect for and the protection of individual rights are what best serve the public! Human beings are fundamentally individual persons and none may be tossed aside as they are being properly, justly governed.

A side effect of this discovery was that society may only be minimally governed, that government's scope must be severely limited, that all temptation to regiment the whole must be resisted except for never allowing individual rights to be violated, sacrificed no matter how important it may appear to do so! And that means no cause such as healing the sick or saving wild animals or promoting the fine arts or helping the poor and the children – none may serve to violate the rights of individual members of society. In some rare cases of emergency the task, once the emergency has been met, is to return to the project to identifying, securing, and protecting individual rights ASAP.