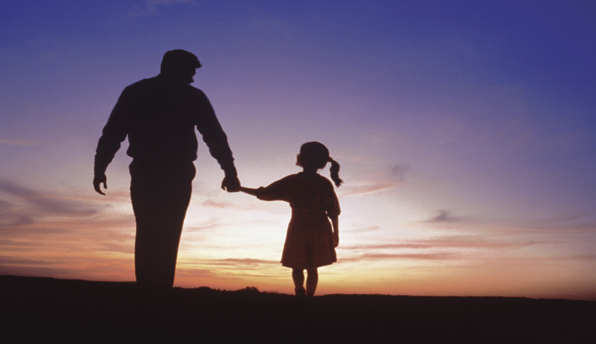 There is an attempt to change the ground rules of libertarianism through introducing left-leaning attitudes and concepts. Two distinct approaches are in play within this attempt. I applaud one. I will leave the movement if the other prevails.

My friend Chris Sciabarra exemplifies the first approach. He wants to analyze the movement through the intellectual lens and tool of dialectics, which is usually associated with Marxism. By the term "dialectics," Chris means "context setting" or "context holding." All ideas are influenced by other ideas, institutions and events. In turn, they influence everything else. For example, you should not examine an idea such as emergence of labor unions in isolation. You need to consider the dialectics from which it arose in order to grasp what happened. For example, you need to consider the impact of World War I upon labor relations in America. I think Chris is correct and he adds value, even though I am cautious about a few aspects of his approach.

The second approach is found in the absurd and manufactured debates about "thin" and "thick" libertarianism – the "humanitarians" versus the "brutalists." It is an attempt to introduce political correctness into libertarianism so that it is not enough to advocate nonviolence; you have to advocate it for the right reason, as defined by those who provide themselves as moral filters. They call me a brutalist. This means I will never violate your rights; your children, your property are safe in my presence because I respect your right to live in peace. But I don't protect your children for the right reasons. For this, I am to be excoriated. This is the second approach to a new definition of libertarianism: People wish to analyze society not according to whether it is voluntary but in order to ferret out signs of power and privilege which they self-righteously condemn. Consider open source software. It has been castigated as a realm of privilege because it predominantly consists of white men. Open source software is source code that is thrown into the public realm so that anyone can modify and enhance it. It is a pure expression of free speech; the product is available to everyone for free; there are no entry barriers or requirements other than caring enough to learn code. Learning code is also available and free to all.

I think it was the condemnation of open source software that made me crack. Out of the goodness of his heart, my husband has devoted substantial time to what amounts to an intellectual charity. He pursues it for the same reason he repairs and gives computers for free to underprivileged children; he believes in the power of technology to lift people out of poverty. (BTW, I strongly suggest no one criticize my husband to my face on this point; I am likely to render the most Irish of all responses.)

Open source software is condemned for no other reason than it involves few women or minorities. This reflects nothing more than the choice of those women and minorities. It costs nothing to learn coding. Tutorials are available for free to all and everywhere. Correction: It does cost time and effort. The individual has to exert him or herself. I'm not willing to make the investment but neither do I blame the first white guy I see for my own inertia. If there is something in the culture of women and of specific minorities that prevents them from rising, then blame the culture. Don't blame a white man like my husband who is falling over himself to provide a free service. (Correction: my husband is Hispanic … but that won't give him a free pass. I mean, after all … the genitalia. And the grand critics of society don't really care for accuracy.)

Last night, I contemplated my exit from a movement that considers me to be a "brutalist" after years of unpaid work promoting nonviolence. I found myself engaging in an emotional release that I've used for many years. I wrote a letter to my father. My dad died when I was ten years old. I loved him. I would not be a writer without him. I don't even know if I'd be a good human being if he hadn't taught me the meaning of kindness during my formative years.

Hello, Dad. Your face is in front of me now as though your arm were around me and you were telling the truly, truly stupid jokes that you enjoyed so much. "You think your nose is running but its snot!" You haven't really been in front of me for a very long time. You dropped dead on the pavement outside your work when I was ten. They rushed you to the hospital and my brother thinks you recognized him when you were being admitted but all that was wrap-up. I know you died alone on that cold slab of pavement and I never saw you again.

I am writing now, as I have written to you so many times since I was ten, because I need to figure something out. And you could always make me stop crying, you could always make things better. I am being called a creature of privilege because my skin is white. I am told you are a vicious "carrier" of political privilege because your skin is white. If you didn't know you were racist, sexist and vicious, then this is allegedly proof of how ingrained your racism, sexism and viciousness was; you were in denial. That's a neat trick to pull for anyone who doesn't want to produce evidence and wants to win the argument by making it always circle back to their being right by definition.

Dad, I honestly don't know what to do. You taught me to treat every human being with civility and compassion. I never saw you raise your hand and I rarely heard you raise your voice to anyone. But the movement that I've tried to call home is saying I am a brutal product of privilege. You, as a white man, are accused of creating privilege and committing injustice merely by drawing breath.

I lived with you, Dad. Every morning of your life you woke up, made sure your children were fed and then you caught a bus to go to work. You did what was necessary for my brother and me to have a better life, and you did it every single day of your life without complaint. You worked yourself to death to make sure I had a better future. All the "thin" v. "thick" libertarians, all the faux "humanitarian" v. "brutulalist" libertarians pretend to understand and have compassion for the downtrodden. They are frauds and poseurs. I can explain what deprivation means. It means growing up with a photograph of your father because you will never, ever see him again. He will never swing you in his arms. You will never again hear him whistle in the morning while he is shaving. At night, you will cry yourself to sleep because no one is there for a "mummy tuck." That's when the blankets are tucked tightly around you and the game is to not break the tuck … lest an Egyptian curse fall upon your head.

So, Dad, privilege. Apparently for these skin-obsessed people, the fact that our skin is white means we are part of the oppressive power structure. Much of the argument is based on slavery, which existed in the United States, and in Canada … not so much. But don't quibble about facts. It does not matter that our antecedents – close enough in proximity to be great-grandparents – came over in boats from Ireland with a 50% chance of dying in transit or thereafter; hell, those were better odds than they faced back home with the potato famine. The people who consider me a brutalist and a de facto source of injustice because of my skin color, those people ignore the fact that the Irish were used in the prebellum South to do jobs, like clearing swamps, that were considered too perilous. After all, slaves constituted a capital investment. The Irish were as cheap as dirt. It doesn't matter that "my people" were socially lower than slaves; we are still racist oppressors because we are white. Remind me who is the racist here. Me, or the people judging everything and everyone by their skin color?

I don't mean to reduce everything to politics. That is an empty, cold place. But, Dad, I wish I could access your common sense. I would give a year of my life to feel your arms around me, telling me it was going to be OK. Please help me. When I was five years old and probably the most serious, somber little thing anyone had ever met, you made me laugh. You made sense of the world and put everything in perspective.

I love you, Dad. Now and forever. I hope there is an afterlife. Because never seeing you again seems too cruel to be true. Rest assured that as long as I stand I will never again allow anyone to strip you of individuality and coldly categorize you as an oppressor because of your skin color. You were a good man who lived a good life and loved your children … you were the salvation of me. Anyone who wants to call you vicious will have to walk through me to get that podium.