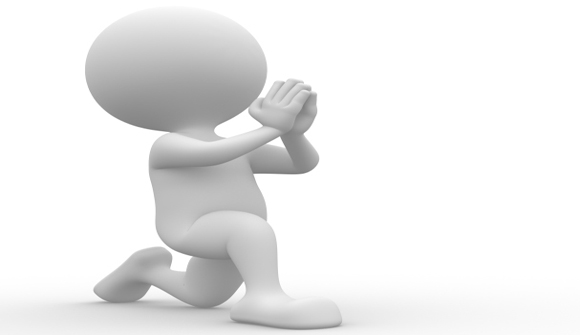 EDITORIAL
Bow to the Powerful Meme, You Predatory Men!
By Wendy McElroy - January 16, 2014

I have spent the week sumo wrestling with a meme; that is, with a cultural assumption that grows almost by osmosis. The meme: Men are the perpetrators of domestic violence; women are the victims. The truth: Men and women commit DV at about the same rate. The result so far: meme 1; me 0.

This truth is particularly important to champion because public policy, programs and law are being based on lies, and the lies are part of a bias against males that impoverishes society. I am used to arguing against that bias and its political consequences. The aspect that confounds me now, however, is how damnably difficult it is to uproot a meme once it has seeded.

The prize in the wrestling match is modest and specific. Some colleagues and I want the Department of Justice (DOJ) to correct a flatly false statement on DV that occurs repeatedly on its website. It comes from two 2009 speeches by Attorney General Eric Holder. It is this: "Disturbingly, intimate partner [DV] homicide is the leading cause of death for African-American women ages 15 to 45." In a 2011 USA Today article, the conservative feminist Christina Hoff Sommers wrote: "That's a horrifying statistic, and it would be a shocking reflection of the black family, and American society generally, if it were true. But it isn't true."

For four years, people have tried to have the DOJ references corrected. During that time, the 'fact' has found a home in scholarly journals, newspapers, in books, on university sites and in the campaigns of politically-correct feminists. Finally, the exasperated professor of economics, Mark Perry, approached Glenn Kessler, who mans the fact-checker feature at the Washington Post.

On December 18, 2013, Kessler published the results of his investigation in the Washington Post. He wrote that Centers for Disease Control data shows "for the year 2008 (the year before Holder's speeches), cancer, heart disease, unintentional injury and HIV/AIDS all topped homicide. Then if you break out intimate-partner homicide, that ends up being seventh or eighth on the list (depending on whether you also include all homicides.)"

Where did Holder acquire such dramatically false data? Kessler did a forensic examination. He continued, "As best we [the Washington Post] and the Justice Department can determine, this all started with a 1998 study by the Justice Department's Bureau of Justice Statistics (BJS)." But the BJS study did not find such homicide to be the leading cause of death in black women aged 15 to 45 years. The statistic never occurs.

The trail in search of the statistic ended at two 2003 studies published in the prestigious American Journal of Public Health and National Institute of Justice Journal; the studies were conducted by the same principal investigator who used many of the same co-researchers. The 1998 BJS study was cited as a source in both but, as Kessler commented, "these facts cannot be found in the original BJS report." The principal investigator did not respond to his request for clarification.

The DOJ told Kessler the statistic would be corrected on the website. A month later, nothing has changed. On Tuesday, Stop Abusive and Violent Environments (SAVE) filed a formal complaint with the Office of Research Integrity of the Department of Health and Human Services. SAVE is a victim-advocacy group that includes men and accuracy in its mission. It wants the Office to "investigate these allegations of research misconduct" by the principal investigator and her colleagues, "and take appropriate corrective action." I am following the progress with great interest.

But it is impossible to miss the fact that, four years later, the lie prevails. And the truth is left knocking on a closed door.

Mencken's Folly, and Its Fallout

I am reminded of the iconoclastic journalist H.L. Mencken and his bathtub. On December 28, 1917, Mencken published the article "A Neglected Anniversary" in the New York Evening Mail. He announced that America had forgotten to celebrate the seventy-fifth anniversary of the modern bathtub, which had been invented on December 20, 1842 in Cincinnati, Ohio. "Not a plumber fired a salute or hung out a flag. Not a governor proclaimed a day of prayer," Mencken lamented. He proceeded to offer an informal history of the US bathtub, with political context. For example, President Millard Fillmore had installed the first one in the White House in 1851. This had been a brave act since the health risks of using a bathtub were highly controversial within the medical establishment. Indeed, Mencken observed, "Boston early in 1845 made bathing unlawful except upon medical advice, but the ordinance was never enforced and in 1862, it was repealed."

The actual political context was somewhat different. America had entered World War I several months before. The media was now rabidly anti-German and pro-war. Mencken was of German descent and anti-war. Suddenly, he was unable to publish in his usual venues or on his usual subjects. Thus, Mencken – a political animal to the core – turned to non-political writing in order to publish anything: A Book of Prefaces on literary criticism (1917); In Defense of Women on the position of women in society (1918); and The American Language (1918). But he was effectively shut out of the most important event in the world, the one about which he cared most.

Mencken did not just get mad; he got even. "A Neglected Anniversary" was a satire destined to become a classic of this genre. In his article, Mencken spoke in a tone of mock-reason, which was supported by bogus citations and manufactured statistics. His history of the bathtub was an utter hoax set within the framework of real history. The modern bathtub had not been invented in Cincinnati. Fillmore had not introduced the first one into the White House. The anti-bathtub laws cited were, to use one of Mencken's favorite words, "buncombe."

Calling the hoax "an amazing mixture of obvious fact and hard to refute fiction," the author of An Un-neglected History, P.J. Wingate observed, "The story said that Millard Fillmore became President in 1850. True. It was easy to look that up. Also it said, obliquely, that Gen. Charles M. Conrad was Secretary of War under Fillmore. True again…" As for the "hard to refute fiction," Wingate continued: "Mencken set a couple of very carefully hidden traps. He quoted from The Western Medical Repository of April 23, 1843, and the Christian Register of July 17, 1857. No editor or scholar in the land could find these imaginary journals but they had plausible names…" Mencken's citation of specific dates lent credibility so that researchers might well assume their own archives were incomplete.

"A Neglected Anniversary" was an act of merry contempt directed at journalists who blithely reported fiction as fact and at readers who believed blatantly false reports without question. Mencken later wrote, "One recalls the gaudy days of 1914-1918. How much that was then devoured by the newspaper readers of the world was actually true? Probably not one per cent. Ever since the war ended learned and laborious men have been at work examining and exposing its fictions." Through his hoax, Mencken demonstrated to himself and selected friends that the American public would believe any absurdity, as long as it appealed to their imagination or emotions. They would even believe a non-existent Cincinnati inventor, Adam Thompson, had hired blacks to haul water "from the Ohio river in buckets" to his bathtub because the city then lacked running water.

Mencken remained silent about the hoax until an article titled "Melancholy Reflections" was published in the Chicago Tribune on May 23, 1926, eight years later. It was Mencken's confession and an appeal to the American public for reason. His hoax had gone bad. "A Neglected Anniversary" had been reprinted hundreds of times. Mencken had received letters of corroboration from some readers and requests for more details from others. His history of the bathtub had been cited by other writers and was starting to find its way into reference works. As Mencken noted in "Melancholy Reflections," his 'facts' "began to be used by chiropractors and other such quacks as evidence of the stupidity of medical men. They began to be cited by medical men as proof of the progress of public hygiene." And, because Fillmore's presidency had been so uneventful, on the date of his birthday calendars often included the only interesting tidbit they could find: Fillmore had introduced the bathtub into the White House. (Even the later scholarly disclosure that Andrew Jackson had a bathtub installed there in 1834 did not diminish America's conviction that Fillmore was responsible.)

Upon confessing, Mencken wondered if the truth would renew the cry for his deportation. The actual response: Many believed his confession was the hoax. Mencken penned a follow-up entitled "Hymn to the Truth" in the Chicago Tribune of July 25, 1926. He commented, "The Herald printed my article ["Melancholy Reflections"] on page 7 of its editorial section… with a two column cartoon labeled satirically, 'The American public will swallow anything.' And then on June 13, three weeks later, in the same editorial section but promoted to page 1, this same Herald reprinted my 10 year old fake – soberly and as a piece of news!" Mencken's history of the American bathtub had been so charmingly constructed that people, including editors, simply wished to believe it.

Since then, researchers have thoroughly discredited Mencken's history of the bathtub. Books such as The Bathtub Hoax have explored the scam in depth. Biographies of Mencken frequently feature the hoax that even he could not debunk. Yet, as of today, standard histories of the presidents ascribe the first bathtub in the White House to Fillmore, as do many calendars and schoolrooms.

Perhaps I was wrong to indicate the "prize of the wrestling match" on the DV statistic to be "a modest one." I want the truth to be known. Perhaps in this I am being wildly idealistic.