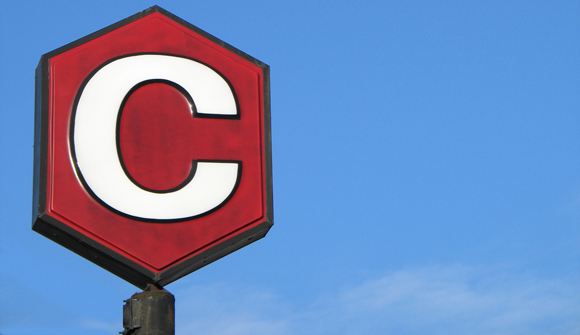 The first rule of the politics of fear is that if you want to make something sound scarier than it actually is, you add the word 'culture' at the end of it. – Brendan O'Neill, Editor of Spiked

It is the c-word*: culture. Depending on the political agenda of the alarmist du jour, we live in a rape culture, a gun culture, an abortion culture, a culture of racism. A standard definition of culture is "the totality of socially transmitted behavior patterns, arts, beliefs, institutions, and all other products of human work and thought." When a specific adjective is used to define a society, it means the adjective captures a dominant attitude and behavior that characterize the society.

But a culture does not rape, buy guns, have abortions or express racism. Individuals do. In some cases, like rape, the individuals engaging in the activity are a small percentage of the population. This is especially true today when incidents of rape have fallen dramatically. According to both the U.S. Department of Justice National Crime Victim Survey 2008-2012 and the Rape, Abuse, Incest National Network (RAINN) – the largest anti-sexual assault organization in America – sexual assault has decreased by more than 50% in recent years. Why, then, are we hearing so much more about a rape culture?

In the transcript of a speech that was banned from being delivered at Oxford University, Brendan O'Neill astutely ascribed the proliferation of the c-word to the politics of fear. The approach appeals especially to ideologues who want to deconstruct the institutions of society and reconstruct them according to a radically different design. Blaming individuals does not achieve that agenda. Blaming the culture allows them to call for a complete overhaul of institutions such as the courts, education, religion, the family …. The goal of the overhaul is not efficiency. It is to make the institutions serve ideological goals such as egalitarianism or gender 'justice.'

The current popularity of the c-word is rooted in a slogan that became popular decades ago: "the personal is political." The politically-correct (PC) feminist Susan Moller Okin explained its origins in her book Justice, Gender, and the Family (1991). "The earliest claims that the personal is political came from those gender feminists of the 1960s and 1970s who argued that, since the [traditional] family was at the root of women's oppression, it must be 'smashed'." Otherwise stated: a 'just' family was considered to be a prerequisite for a 'just' social and political system. Therefore, the traditional family had to be deconstructed and reconstructed according to a PC vision.

What specifically does "the personal is political" mean? The theory is that all actions and attitudes, however personal or peaceful they may seem, have political significance and they impact society. Therefore, in self-defense, society must encourage proper and praiseworthy actions and attitudes; it should discourage improper and unacceptable ones, by the force of law if necessary. This is the stripped-down core of political correctness.

The flow of PC logic is as follows:

Many tactics characterize this approach, including:

Psychologizing all disagreements. This involves ignoring the content of what is said and analyzing the psychology of the speaker, instead. For example, a man argues against affirmative action and for a meritocracy; he is immediately called a "racist" or "misogynist." A woman expresses moral doubts about abortion; she is accused of being anti-woman and wanting women to die from back-alley procedures. Suddenly, it is the speaker and not the issue that is being examined.

Devaluing the Actions of Individuals. On February 28, RAINN sent a 16-page letter to a new White House Task Force on sexual assault on campus. The letter caused a white-hot furor because it called for an emphasis on individuals. "There has been an unfortunate trend towards blaming 'rape culture' for the extensive problem of sexual violence on campus …. [I]t is important not to lose sight of a simple fact: rape is caused not by cultural factors but by the conscious decisions of a small percentage of the community to commit a violent crime." RAINN argued that a focus on the "rape culture" made it "harder to stop sexual violence since it removed the focus from the individual at fault, and seemingly mitigates personal responsibility."

Declaring War Between Various Categories of People. Men versus women, whites versus blacks, heterosexuals versus homosexuals, the religious versus everyone else. There is no sense of shared humanity. And no action or expression of goodwill can exonerate an individual who belongs to the 'oppressor' category. But actions and opinions can cause individuals in the 'oppressed' category to be excoriated. A black who opposes entitlements is "self-hating." A woman who is conservative is beneath contempt.

Celebrating Victimhood. An automatic hush of respect falls over a discussion whenever someone declares himself or herself to be a victim. I know. I was severely beaten by a boyfriend and my victimization – if announced – makes me an expert on domestic violence. Only it doesn't. Being on the wrong end of a fist doesn't make me an expert on anything except how much it hurts. I know no more about domestic violence – and arguably less – than a woman who choses to walk out at the first signs of physical abuse. But PC advocates need to celebrate the victim because it is in her name that they fight a holy war.

Demanding Respect While Giving None. PC feminists make hateful, vicious comments about men under the guise of humor, comments they would not tolerate about blacks, Jews or other 'protected' categories. Yet the same feminists are loud in voicing offense at any man whose words can be twisted into being the slightest bit demeaning.

Zero Tolerance. A war has been declared on opinions with every PC advocate acting as a censor and a holy crusader who takes no prisoners. Some social issues, like murder, deserve zero tolerance. But opinions inflict little to no harm upon person and property; they are part of the salutary diversity of human beings. Civilizing concepts like negotiation, civil discussion, forgiveness, compassion and empathy are discarded. Using force (law) becomes the first option rather than a last resort.

Taking Data Out of Context. O'Neill commented on his canceled talk on "abortion culture." PR for the event declared "that 185,000 abortions were carried out in Britain last year," which allegedly proved the existence of "a powerful and negative culture" that conditions women to "treat human life carelessly." O'Neill observed: "160,000 hip-replacement procedures were carried out last year… Why do we not talk about a 'hip-replacement culture'?…. It's because no one wants to ratchet up fear" about that medical procedure.

Using Anecdotes as Data. PC activists often tell graphic stories of rape, beatings and humiliation in order to stir a useful fury in listeners. The stories are terrible to hear. But they do not and cannot indicate how pervasive a problem is or substitute for solid data. Yet the anecdotes are presented as evidence of a systemic problem and are used to stir an emotional response that requires no further proof. Indeed, at that point, anyone who asks for facts is likely to be shouted down.

Political correctness demands respect for historically oppressed categories of people. But respect is not a civil right. It is an attitude of approval and admiration. No one can claim a right to the emotional or intellectual approval of anyone else. Indeed, to mandate such respect violates freedom of conscience because human beings should be free to assess what is right or wrong, admirable or detestable for themselves. And, then, to act peacefully according to their own assessments.

PC advocates not only dismiss the importance of individuals but also undermine the foundations of the very respect they demand: freedom of thought. This would be a problem for them if respect was actually what they sought. It is not. They seek control with the social reins being held tightly in their own hands.

*I am indebted to O'Neill who I believe originated this term.