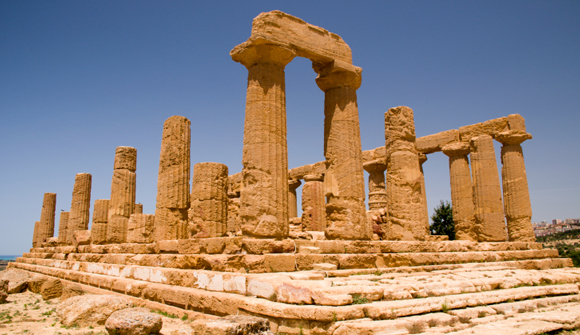 The great political lie is that individuals need the state. It is a lie on at least two levels.

The first layer of the great lie: It states the opposite of what is true; the state needs individuals. And the state is desperate for you to believe it is indispensable to your life. If it were not there to "take care of you," the state wants you to believe that your children would be uneducated, the roads would remain unpaved, health care would disappear, foreign tanks would roll past your doorstep and crime would run amok in the streets. Nonsense.

The state produces nothing; it only takes and consumes what productive individuals create. The few state 'services' that mimic free-market ones are so notoriously inefficient and incompetent that they are often worse than nothing at all; public schools are an example. Moreover, the purpose of the 'services' is not to benefit society but to skim tax dollars from it and to exert social control over it. If the state wanted society to function at its potential, then it would step out of the way of private competitors rather than hobble or ban them. Instead, it obstructs private services precisely because they perform far better and less expensively.

The second layer of the great lie is its foundation. Namely, there is no "state" as opposed to individuals. Both the state and society consist of nothing more than their individual members and the sum total of their interactions. In other words, the state consists of individuals who organize together according to a set of rules; the individuals cooperate together in order to perform specific acts, from passing legislation to delivering tax bills. But every act of the state devolves to one individual dealing with another individual. In his magnum opus, Human Action, the Austrian economist Ludwig von Mises described this dynamic. "First we must realize that all actions are performed by individuals… If we scrutinize the meaning of the various actions performed by individuals we must necessarily learn everything about the actions of the collective whole. For a social collective has no existence and reality outside of the individual members' actions." The state exists only through its individual members.

In viewing abstractions such as "the state" as the sum total of their individual members, Mises did not deny the importance of the abstractions. Quite the contrary. Mises explained, "Methodological individualism, far from contesting the significance of such collective wholes, considers it as one of its main tasks to describe and to analyze their becoming and their disappearing, their changing structures, and their operation. And it chooses the only method fitted to solve this problem satisfactorily." Methodological individualism is an analytical tool through which to make sense of the collectives such as the state, society and family.

With regard to the state, Mises offered an example of how to analyze its dynamics. "The hangman, not the state, executes a criminal. It is the meaning of those concerned that discerns in the hangman's action an action of the state." This is a key point. The people who look upon the hanging see nothing more than one individual killing another individual; that is the visceral reality before their eyes. They 'see' a state action and an execution only because they grant the hangman the legitimacy of being a representative of the collective known as "the state." Their belief converts what would be a wanton killing into a justified execution.

And, yet, Mises wrote, "It is illusory to believe that it is possible to visualize collective wholes… We can see a crowd, i.e., a multitude of people." But, as with the hangman, we do not see authority or "the state"; all we see are people. Mises continued: "Whether this crowd is a mere gathering…or any other kind of social entity is a question which can only be answered by understanding the meaning which they themselves attach to their presence. And this meaning is always the meaning of individuals…. [A] mental process makes us recognize social entities." Individuals who form the state through their membership attach a specific meaning to gathering and coordinating with each other. The meaning or purpose is to exercise the perceived privilege to rule over individuals who are non-members. To do so, it is necessary to convince non-members of the state's legitimacy.

The 18th century political philosopher William Godwin – the first modern proponent of anarchism – observed, "Government is founded on an opinion… A nation must have learned to respect a king, before a king can exercise any authority over them." The process by which this opinion is formed can be called "mystification." This is the process by which the commonplace is elevated to the exalted. Thus the state comes to be seen as more than its individual members, as higher than society. The state becomes an independent entity to which individuals swear loyalty, for which they send their children to die in wars and toward which they genuflect. The mystique is maintained in many ways, including: the pomp of swearing-in ceremonies; awe-inspiring buildings such as the Supreme Court; the rituals of saluting flags with hands over the heart; uniforms that minimize individuality; the appeal to tradition such as the American Revolution; and, most importantly, the public schools that teach the legitimacy of the state along with the alphabet.

Mystification sanctifies the actions taken by individuals in the name of the state. That is, a double standard of morality is introduced – one for individuals who are members of the state and another for non-members. The double standard contradicts a longstanding principle of liberty; namely, that a violation of violates committed by an individual remains a violation of rights when performed by a group of individuals. The group does not relinquish personal responsibility by acting in someone else's name. Rape is no less rape because a gang is involved or because they shout "do for England!" A 1657 pamphlet (ascribed to the rebel Colonel Titan) argued, "What can be more absurd in nature and contrary to all common sense than to call him Thief and kill him that comes alone… and to call him Lord Protector and obey him that robs me with regiments and troops?" And, yet, this is what the state accomplishes. It converts an act that would be theft if committed by an individual into a 'legitimate' act of taxation when committed by a group in the name of the state.

The state pulls off this moral sleight-of-hand because non-member individuals accept that it functions by a different standard of morality. The radical individualist R.C. Hoiles, who built a publishing empire, called this double standard "The Most Harmful Error Most Honest People Make." An editorial in his flagship newspaper The Orange County Register (Dec. 17, 1956) explained that the error "is the belief that a group or a government can do things that would be harmful and wicked if done by an individual and produce results that are not harmful, unjust and wicked. It is the belief that a number of people doing a thing that is wrong for an individual to do, can make it right and just."

Hoiles went one step farther. He went beyond the visible violations of right that occur under the double standard to make a more subtle point. In another Register editorial (Oct. 31, 1958), he argued that the "profit motive" was more accurately called the "hope of rewards." A man worked for one of two reasons: "Either he has hope of rewards or he is forced." The former was freedom; the latter was slavery. A double standard by which the state expropriated the wealth which individuals had freely produced only created slavery. The state destroyed the "hope of rewards" not only through direct violation of rights such as taxation but also by granting legal privileges to individuals who comprised entities such as corporations. The privileges constituted theft because they robbed private producers of the right to compete fairly and, so, they robbed individuals of hope itself.

The state exists as an engine of privilege only because the vast majority of people believe that the individuals who comprise it can properly operate on a double standard. If state agents, from the president to post office workers, were viewed as individuals who are bound to the same rules of decency as the rest of us, then the state as we know it would crumble as the illusion it is. Freedom will come when the same standard of morality is applied to the individuals who are the state; the path to freedom is methodological individualism.