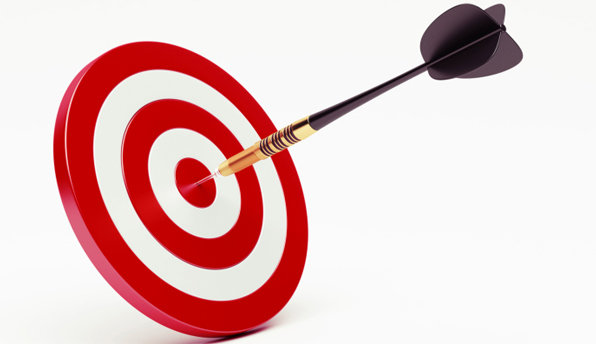 "Some circumstantial evidence is very strong, as when you find a trout in the milk." – Henry David Thoreau

Evidence that something is wrong with a theory is rarely as obvious as a trout in the milk. This is particularly true when a belief is deeply-held or invested with emotion.

One of the most powerful intellectual tools to test your own beliefs is a modified form of "falsification" (or refutation), a concept popularized by the philosopher Karl Popper. He argued that the process of trying to prove a scientific hypothesis through amassing evidence in support was the reverse of what should occur. A scientist should attempt to disprove his hypothesis by finding contradictory evidence.

His reason was simple but compelling. Popper agreed with Albert Einstein who once stated, "No amount of experimentation can ever prove me right; a single experiment can prove me wrong." Popper used the now-classic example of the general statement, "all swans are white." No matter how many white swans are counted, the statement cannot be proven. But one black swan disproves it.

Falsification was not intended to assess general beliefs or ideologies but the process can be loosely bent to that purpose. In fact, Popper himself used falsifiability in rejecting Marxism and Freudianism. Adapting falsifiability to become a general intellectual tool means that a person should reverse the normal process of trying incessantly to prove his beliefs are correct by amassing confirming evidence. Instead, he should pause every once in a while and ask, "What, in principle, would disprove my belief in X or Y?" For many people, this process offers an entirely fresh perspective on their own ideas.

A Theory Is a Dangerous Thing

The thought experiment is intended to test how open your theories are to evidence. If there is no way to falsify a belief, then there is also no way to verify it. However reasonable you consider yourself, that particular belief may well be held dogmatically.

Otherwise stated: Basing a theory on evidence and reason is a risky thing. When you hold such a theory up in order to judge it against reality, you could be proven wrong. Even a simple statement of fact, such as "a trout is in the milk," carries the possibility of being empirically disproven. If there is no risk – if it is impossible to disprove a statement – then the 'fact' being presented is invulnerable to evidence; it can neither be proven or disproven. As the physicist Wolfgang Pauli explained, an unfalsifiable theory "is not only not right, it is not even wrong." (There are unfalsifiable statements but they often communicate no facts; for example a tautological claim like "sour is sour.")

Take one of your deeply-held beliefs – perhaps a political or religious one. Ask yourself, "What would it take to disprove this theory? What evidence would make me doubt its validity?" As an example, I asked myself what would prompt me to abandon individualist anarchism? The first step was to unpack the various beliefs that went into forming the larger theory of anarchism.

A theory occurs when a group of individual statements is accepted as true or plausible and then they are integrated in order to explain something. My belief in anarchism rested on dozens of statements that combined together in order to explain how society functioned best. To make the answer easier, I broke out some of the individual statements and tried to figure out what would disprove each one. A key belief was that self-interest naturally leads human beings to cooperate with each other. In turn, I realized how my political convictions were intimately tied to a specific view of human nature. What would disprove that view? If I became convinced that the Hobbesian view of human beings was correct – namely, that the natural state of man is "a war of all against all" – then I would probably reject anarchism as unworkable.

Determining what would falsify everything from spontaneous order to natural rights was much more difficult than I'd thought. But I ended up understanding the strengths and vulnerabilities of the theory that defines me politically.

A sure sign that a theory is not based on evidence is when it is invulnerable.

As a student in Vienna, Popper took special interest in a school of psychology that was popular in his day: Freudianism. He quickly recognized it was immune to refutation. Its invulnerability did not come from being correct but because its theories were constructed in such a manner as to eliminate the very possibility of contradicting evidence.

Consider the Freudian theory that every child has a sexual attachment to the parent of the opposite sex: that is, an Oedipal or Electra complex. What happens to this theory when confronted by crowds of people who will swear they never had such a feeling? Freudians quickly produce the companion theory of "repression"; that is, the people are squelching their own awareness which only shows how powerful the complex is functioning within them. In essence, Freudians state: "If there is evidence present, this confirms an Oedipal complex. If there is no evidence present, this confirms an Oedipal complex." The theory precludes falsification, which means it also precludes verification.

Another circular argument illustrates a second characteristic of beliefs not based on evidence. Everyone has dealt with an evangelical person who tries to convert you to his view of God and will not accept a graceful "no." The particular form of his argument runs, "If you sincerely opened your heart to God, then you would be filled with grace." The evangelical acts as though he is conducting a religious experiment but it is one in which he is risks nothing. This becomes clear when you ask him, "If a conversion experience does not occur, are you willing to give up your belief that God will enter anyone who opens their heart?" Does the evangelical accept the risk of holding his belief up against evidence that might discredit it? The answer is almost certainly "no." If grace does not occur, he will almost certainly claim that you did not open your heart wide enough.

Because Freudians and evangelicals assume the truth of their theories, the subjects have to be blamed.

Falsification has limitations and it is generally unpopular with contemporary philosophers who point to such flaws as the theory itself being unfalsifiable. Moreover, not all beliefs need to be based on evidence. Many personal beliefs are just that – personal; many religious beliefs fall into this category. But if you want to argue that a position is objectively true, then falsifiability is a quick and effective technique by which to test your beliefs, to get insight into how firmly you hold them … and why.