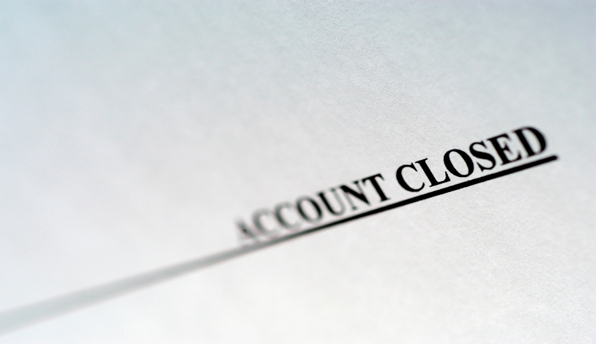 The Department of Justice (DOJ) program is called Operation Choke Point. The choke point is America's payment infrastructure through which an estimated $5 trillion in consumer purchases flow each year; more than eight million merchants use it to process credit and debit card payments. The DOJ is targeting banks and payment companies, such as PayPal, with a tsunami of subpoenas and other expensive legal demands. The demands go away if the institutions refuse to do business with people whose activities are deemed "objectionable" although they are legal. The DOJ is imposing its own moral criteria on who can participate in the market place.

Jason Oxman, CEO of the Electronic Transactions Association, stated in the D.C. Watchdog The Hill (April 24): "The theory behind this enforcement program has superficial logic: increase the legal and compliance costs of serving certain disfavored merchant categories, and payments companies will simply stop providing service to such merchants. And it's working—payments companies across the country are cutting off service to categories of merchants that—although providing a legal service—are creating the potential for significant financial and reputational harm…."

Banks that do not comply may face the same treatment as the Four Oaks Bank in North Carolina. The feds sued, alleging that Four Oaks either knew or should have known something was wrong with processing Internet gambling entities, among other "questionable" businesses. Four Oaks settled for $1.2 million without admitting wrongdoing.

Which Legal Businesses May Be Ostracized From the Mainstream?

The FDIC is responsible for "each depositor [being] insured to at least $250,000 per insured bank." How many banks will risk losing their insured status if the FDIC flexes that particular muscle?

According to the Wall Street Journal (August 7, 2013), the FDIC is already a full partner in Operation Choke Point. The WSJ claimed the program initially resulted from a 2009 Executive Order signed by President Obama, which established a Financial Fraud Task Force. After secretive meetings between the DOJ, FDIC and a newly-formed Consumer Financial Protection Bureau (CFPB), Operation Choke Point was launched in early 2013. Details are difficult to fill in because the DOJ refuses to provide information to the public despite requests from Congress.

On August 22, 2013, 31 members of Congress requested a briefing from Attorney General Eric Holder and FDIC Chairman Martin Gruenberg. The request stated: "it has come to our attention that the DOJ and the FDIC are leading a joint effort that according to a DOJ official is intended to 'change the structures within the financial system'," in order to choke "'off from the very air" that short term lenders needed to survive. "We are especially troubled by reports that the DOJ and FDIC are intimidating some community banks and third party payment processors with threats of heightened regulatory scrutiny unless they cease doing business with online lenders." Congress also expressed concern that the program had no statutory authority: "Neither Dodd-Frank, nor any other legislation passed by Congress, has given the DOJ/FDIC or any other federal agency the authority to 'take away the very air' that online lenders 'need to survive.' "

In late September, a DOJ representative met with members of Congress but refused to answer questions about Operation Choke Point, claiming the DOJ was under no obligation to do so. According to Breitbart News (Jan. 8), "the official also refused to state her name, which was discovered only after she left her business card on the table." The official later refused comment to Breitbart. Nevertheless "that same week … her subordinate … was eager to provide specific details of Operation Choke Point to an important meeting of bank examiners…sponsored by the Federal Financial Institutions Examination Council (FFIEC)."

The FFIEC is self-described as "a formal interagency body empowered to prescribe uniform principles, standards, and report forms for the federal examination of financial institutions." Two of the powerful agencies with which it coordinates are the FDIC and CFPB.

"And, then, who?" The Obama administration has a track record of using federal regulations and agencies against those it ideologically dislikes. When its own actions are restrained by law or the Constitution, it pressures what remains of the private sector into acting as an arm of the state to enforce federal policy.

Second Amendment activists are already quoting Martin Niemöller's famous quotation about the rise of Nazi Germany: "First they came for the Socialists, and I did not speak out – Because I was not a Socialist…." Their concern is a reasonable one. In the past, some banks have terminated relationships with people in the firearm industry. Moreover, some online services – such as Google, eBay and PayPal – have already adopted policies that are hostile to the sale of firearms and ammunition.

An unintended consequence of Operation Choke Point is that some "high risk businesses" are turning to cyber-currencies, especially to Bitcoin. Cryptocoins News (May 1) reported, "bitpay has proven to be an incredible ally to the porn industry and has led Bitcoin's charge into the high chargeback industry. Porn.com and now Verotel both accept Bitcoin using bitpay; both are able to charge lower fees without the risk of chargeback. OKCupid has been using Bitcoin for over a year now… Almost as long as the DOJ has been unintentionally pushing these industries towards Bitcoin." Legal marijuana shops have also been pushed toward bitcoin.

Of course, the inevitable next question is, "How vulnerable are crypto-currency processors to Operation Choke Point?" Fortunately, businesses that are being "choked" can still accept bitcoin without third party processing and act as their own banks. The final irony of the federal program may be that it encourages the growth of private banking.