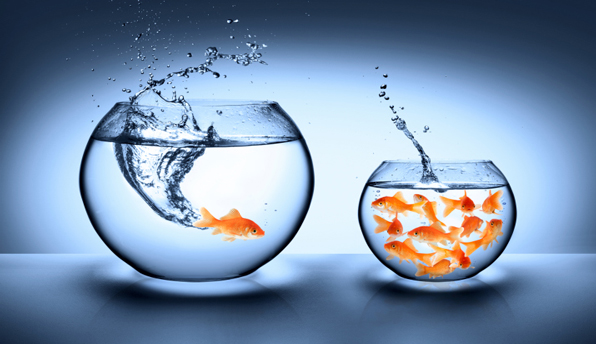 EDITORIAL
Flee Rather Than Stand Your Ground
By Wendy McElroy - July 24, 2014

The Italian Marxist and philosopher Paolo Virno was imprisoned in 1979 for his affiliation with the Red Brigades. The organization attempted to create a revolutionary state through acts of violent destabilization such as bank robbery. While in prison, Virno had a political epiphany which he later expressed as, "Nothing is less passive than the act of fleeing, of exiting." Although little else about Virno may be politically admirable, his strategic insight is intriguing.

"Fleeing" as a political act sounds paradoxical to North American ears, which are used to hearing of resistance in terms of "stand your ground" and confrontation. By fleeing, however, Virno means an "engaged withdrawal or exit."

Perhaps the best way to understand what Virno means is to consider the problem to which he believed "fleeing" was the best solution.

What Exiting Is and Isn't

Virno believes a radical disobedience is needed to challenge the state's ability to command. This cannot be expressed through resistance to a specific law on the grounds, for example, that it contradicts a constitution. Such resistance is actually a vote of confidence in the state qua state; that is, such activists fight to enable a purer vision of state authority rather than against the idea of a state itself. A wholesale rejection is required.

And, yet, revolutionaries who violently confront the state usually suffer one of two fates: they are slaughtered or otherwise broken or they assume power and become a worse version of what they originally challenged. Why does this happen? Virno concludes it is because the revolutionaries presuppose and accept the "relationships of domination as an immovable horizon." They buy into the framework of conflict created by the state. The activists do not stand their ground but fight instead on ground that is defined by the state. The framework itself needs changing.

Virno is far from the first political strategist to redefine the context of dissent. The non-violent resistance championed by Gandhi and developed by students such as Gene Sharp is a prime example. One of the key concepts expressed by non-violent resistance is called "moral jiu jitsu." By staying peaceful and calm in the face of violence, protesters gain the moral high ground while the attackers lose it. In short, protesters use the state's force against itself and in order to discredit the state in the eyes of third parties. But the process requires a confrontation.

Virno suggests something different – a practical and intense political act that avoids confrontation. In his influential essay "Virtuosity and Revolution: The Political Theory of Exodus" (1996), Virno sketches a path that he calls exit or exodus.

What Virno calls the exodus is nothing as literal as what happened in the Bible when the Jews left slavery behind in Egypt. It does not require physically leaving one area for another but can be achieved by remaining in one place. Exodus is a strategy of personal defection from the state and a quiet refusal to obey it rather than engage in confrontation. The state-opponent does not seize political power but withdraws from it and refuses to acknowledge its legitimacy. In practical terms, exiting means actively establishing alternative institutions and social relations that will make the state redundant and irrelevant. For example, home schooling eliminates the need for any public version. Private enterprise replaces 'services' currently provided by the state. Credit unions replace traditional banks. Bitcoins oust fiat currencies. Smaller communities can be created within the broader existing one.

In his essay "Fragments of an Anarchist Anthropology," the left anthropologist David Graeber expands on Virno's theory of exit. "…The question [is] how to neutralize the state apparatus itself, in the absence of a politics of direct confrontation…. Perhaps existing state apparati will gradually be reduced to window-dressing…. There are times when the stupidest thing one could possibly do is raise a red or black flag and issue defiant declarations." Instead, the revolutionary should offer token acknowledgement to the state when necessary "but otherwise ignore" it. What he should actively pursue instead is the gradual and nonconfrontational path of building alternative and voluntary institutions.

Then, as Virno claims, "The State will crumble…not by a massive blow to its head, but through a mass withdrawal from its base, evacuating its means of support."

Any defection or dissent is accompanied by danger because the state never willingly relinquishes power and it will act against any threat that is effective. Nevertheless, the option of exiting has advantages over resistance:

The final advantage: if exiting is unsuccessful, then non-violent resistance and a full range of other strategies are always available.

Exiting has been called anti-revolutionary, and Graeber's writing is explicitly so. Even Virno later rejected the term "revolution" because the "model was that of taking power and constructing a new State." In at least one sense, the "anti" label is valid. Political revolution is a violent upheaval through which society abruptly shifts and most often in an unfortunate direction. Exiting is an incremental process through which society is gradually transformed away from the state toward voluntary institutions. This, too, can be an advantage.