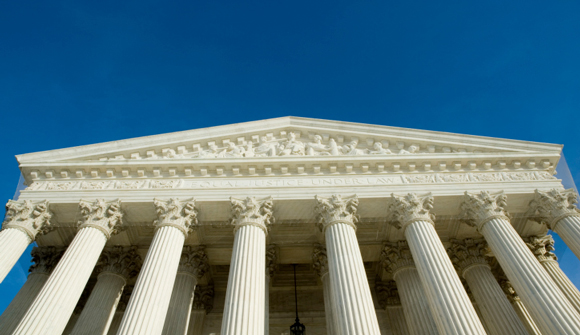 The Patient Protection and Affordable Care Act (PPACA or Obamacare) became law in early 2010. Arguably, it is the single greatest assault on the right of individuals to control their own bodies that America has seen in decades. Few matters are more intimate than medical choice; it includes decisions about giving birth, having sex and the time to die. Obamacare is a Kafkaesque mass of regulations that usurp these choices in the guise of providing them. Obamacare nationalizes the body of every American and assumes the power to determine life or death.

Thus far, most of the challenges to nationalizing health care have been around the edges or based on technicalities. The best known is Burwell v. Hobby Lobby in which a corporation sued on religious grounds for the right not to provide health insurance that includes abortifacients. The U.S. Supreme Court ruled in Hobby Lobby's favor and against Obamacare. But the impact of the ruling is not far-reaching. A for-profit corporation is exempt from Obamacare's so-called "employer mandate" but only if it is a "closely held" corporation – that is, a business with a limited number of shareholders. The ruling does not enter the homes of most people.

But the impact of Halbig v. Burwell could gut Obamacare and affect every person in America. It hinges on a technicality.

What is Halbig v. Burwell?

On July 22, a three-judge panel of the U.S. Court of Appeals for the District of Columbia decided 2-1 in favor of appellant Jacqueline Halbig in the case Halbig v. Burwell. Halbig was the senior policy adviser to the Department of Health and Human Services (HHS) under President George W. Bush. The appellee, Sylvia Mathews Burwell, is the current Secretary of HHS under President Obama. The Obama administration has asked for a full court review of the panel's decision.

The case may be the single most significant challenge to Obamacare to date. The Cleveland Plain Dealer (Aug. 11) explained why. If Halbig prevails in what may become a major case before the U.S. Supreme Court, then "health-insurance subsidies will no longer be available in the 36 states. .. using the federally managed marketplace. There are already 4.5 million low- and middle-income subsidy recipients in these 36 states …. [But the] case has broader implications for anyone who purchases insurance privately, not just those receiving subsidies to purchase insurance." In short, a significant disruption in the health insurance market would have widespread consequences. Halbig v. Burwell could be a game changer for the price of insurance and for whether Obamacare remains viable.

On the other hand, and on the same day as the Halbig ruling, the U.S. Court of Appeals for the Fourth Circuit ruled on a similar case. In King v. Burwell, the Virginia court decided 3-0 in favor of the government. This contradicting decision and Obama's determination to preserve his legacy of nationalized health care heightens conflict on a personal issue which confronts every American. Do you control your own medical care or does government?

The Thrust of Halbig

The nub of conflict is whether people who live in states that did not establish their own insurance clearinghouses can receive federal subsidies. Obamacare originally envisioned and expected that each state would set up its own exchange, and the act provided incentives for them to do so. Subsidies or tax credits were one of those incentives. To qualify for a subsidy, an applicant had to be enrolled through an exchange defined by section 1311 of Obamacare. 1311 stipulates that an exchange is a "governmental agency or nonprofit entity that is established by a state."[italics added]

Most states declined to set up exchanges. One reason: Many objected to the "employer mandate" by which employers with moral objections to abortion were nevertheless forced to provide employees with health plans that included abortifacients. In all, 36 states preferred to use Obamacare's back-up plan of a federally-run exchange. But the federal exchange was never meant to be widely used, and scant thought seems to have been invested in how it would be administered. By the language of Obamacare, residents of states that use the federal option are ineligible for subsidies.

On May 18, 2012, the Internal Revenue Service (IRS) unilaterally decided individuals in states that used federal insurance exchanges could receive tax credits and cost-sharing subsidies. The IRS simply redefined the language of the act. According to its revised definition, "This term [Exchange] includes an Exchange serving the individual market for qualified individuals and a SHOP [Small Business Health Options Program] serving the small group market for qualified employers, regardless of whether the Exchange is established and operated by a State (including a regional Exchange or subsidiary Exchange) or by HHS." [italics added]

The appellants in Halbig argued that the IRS's redefinition violated the law and constituted a statutory overreach. They were correct on both points. The language is unambiguous, and it does not contradict other provisions of Obamacare – a point that has been used in other cases to nullify particular passages of a law. Moreover, the IRS has no authority to create new law.

The government pushed back hard in defense of Obamacare. The government argued the intent of the law rather than the letter. What the act said, they explained, could not be what the act meant to say. In other words, the structure, purpose, and legislative history of Obamacare made the intent of Congress clear; it wanted all low- and middle-class individuals to have access to tax credits whether they used a state- or a federally-run exchange. The D.C. Court agreed with the appellants, and vacated the regulation by which the IRS had redefined eligibility. The decision has no current impact, however, pending a full court review.

The impact could be extreme. The Business Insider (July 22) stated: "Handing out subsidies to lower-income people is one of the most basic functions of the law, and helps provide otherwise unaffordable health insurance. If federal subsidies are ruled illegal, it could torpedo the law — not to mention wreak havoc on the subsidies already dished out."

What are the chances that Halbig will prevail? The D.C. panel that found in Halbig's favor consists of two judges appointed by a Republican and one judge by a Democrat. The full court consists of seven judges appointed by a Democrat and four by a Republican. In fact, four of the Democrat appointees directly owe their seats to Obama. If the full review is granted, then the Halbig decision is likely to be overturned. This would remove the split and contradictory decisions within the circuit courts.

It would also set up a Supreme Court run for Halbig. That is the last, best chance of success for the case.