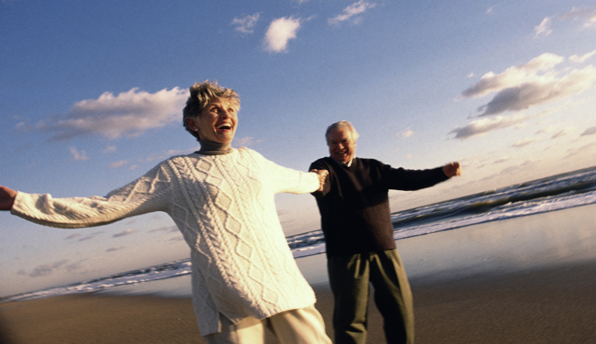 EDITORIAL
How to Achieve the Good Life
By Wendy McElroy - February 27, 2014

1. A friend is visiting and excuses herself to use your washroom. In there, she notices an expensive diamond necklace lying in a corner of the room. It is the necklace you've said is missing and you fear is lost. Your friend's rent is overdue. If she swipes the necklace and pawns it, then she'll be able to settle all the debts that are haunting her.

She picks up the necklace and debates whether to pocket it. She is almost certain to "get away" with the theft and she knows you can recoup the loss through insurance. Moreover, the two of you have been arguing about a boyfriend you 'stole' a few years ago. Wouldn't stealing something of yours be just? After a long internal debate, she emerges from the washroom with the necklace and says, "Look what I found."

#2. A friend is visiting and excuses herself to use your washroom. Like friend #1 she notices the diamond necklace. She is in the same financial situation as #1 and also lost a boyfriend to you some years ago. #2 immediately scoops up the necklace and heads out to tell you the happy news.

The question: Which is the most honest human being? The one who actively decided to do the "right" thing, or the one to whom the thought of theft never occurred?

My response: #2, because honesty had become such an ingrained part of her approach to life that stealing no longer occurred as an active option. Honesty had become an automatic response that required no thought. In short, honesty was a habit and second nature.

The key word is "habit." A habit is an ingrained pattern of behavior that prompts you to act in a specific manner in most or all situations. In his engaging book, The Uses of a Liberal Education, philosopher Brand Blanshard explained the habit of reasonableness. He wrote, "The first point to note about such reasonableness is that it is a disposition or habit. Habit, not knowledge, is the main thing we take with us from a college education….[W]hat is essential is not information at all, but the habit…" This is nothing more than a characteristic that has been established by repetition.

When the emphasis is placed on a "pattern" of behavior, a question arises about the analysis of the opening scenario. Namely, how can the habit of honesty within Friend #1 and Friend #2 be judged based on one instance? It can't. Perhaps the internal debate of #1 is an aberration sparked by her upset over the "boyfriend argument." Perhaps #2's immediate disclosure of the necklace stemmed from her having taken a large sum of money from the apartment-owner's purse 10 minutes before.

The role of habit can be demonstrated by considering another scenario. Your neighbor is a meticulously neat man, whose perfect grooming and attire you have witnessed over the course of the last year. One morning as you greet him at the mailbox, however, you note stubble on his chin, the wrinkled T-shirt on his back and stains on his blue jeans. Has your neighbor gone from the habit of neatness to one of slovenliness? No. He is a neat man who happens to be slovenly on this one occasion. It is the pattern that matters.

The word "habit" has fallen upon hard times. You hear about "drug habits," "overcoming habits" and "breaking bad habits." A great deal of negativity is attached to the word, but classical Greek philosophers – especially Aristotle – viewed habits in a very different manner. They considered habits to be neither good nor bad in themselves but to be powerful tools that could be used toward either good or bad ends. In answer to, "How do human beings achieve happiness?" Aristotle replied that happiness was the by-product of possessing good habits by which you preferred acts and things of substance, in the correct amount and in the correct order.

In his accessible book, Aristotle for Everyone: Difficult Thought Made Easy, the philosopher Mortimer Adler distinguished between different types of habit. He explained, "Persons who have developed the skill of playing tennis well possess a good habit, one that enables them regularly to play well. Persons who have acquired the skill of solving problems in geometry or algebra have a good habit." The former is "a good bodily habit"; the latter is "a good habit of mind." There are also habits of action by which you make choices without having to go through the process of debate; for example, you don't have to decide not to drink every night because you have developed the habit of moderation. Or you avoid debating with yourself about theft in a friend's bathroom because you have developed the habit of honesty.

The word "good" and "bad" in this context are not used in a moral or judgmental sense. Rather, they are used in a practical how-to sense – for example, on how a person can achieve "the good life." If a habit facilitates that goal, then it is "good." If it is obstructive, then it is "bad." Accordingly, when a habit is called good, it means the habit will assist you to achieve a worthwhile goal. To some extent, that's what classical Greek philosophers meant by the word "virtue"; it was a useful habit that allowed you to pursue a goal like "the good life." And the most useful habits were called "habits of pure virtue"; that is, patterns of behavior that settled into a person's character and collectively became his or her disposition.

The ultimate goal was not merely virtue or being good according to some dictated standard. The goal of life was personal happiness or well-being, which should be viewed as an objective value. In the Nicomachean Ethics, Aristotle stated that happiness as an ultimate goal should be taken for granted by all human beings. But what is happiness? Aristotle wrote, "there is a very general agreement; for both the general run of men and people of superior refinement say that it [happiness] is… living well and faring well… but with regard to what [happiness] is they differ, and the many do not give the same account as the wise. For the former think it is some plain and obvious thing like pleasure…."

Much of classical Greek ethics revolved around the connection between virtuous habits that become characteristics and happiness itself. Significant disagreement existed between specific philosophers, however, on what that connection was. Aristotle believed habits were the most important factors in promoting human happiness but he allowed for the considerable impact of outside influences such as health or the loss of loved ones. By contrast, the Stoics denied the role of outside influences and believed happiness was entirely within the control of the individual.

My next column will be "What is the Good Life?" And it will explore the specific content of this elusive state of being that is achieved through habit.