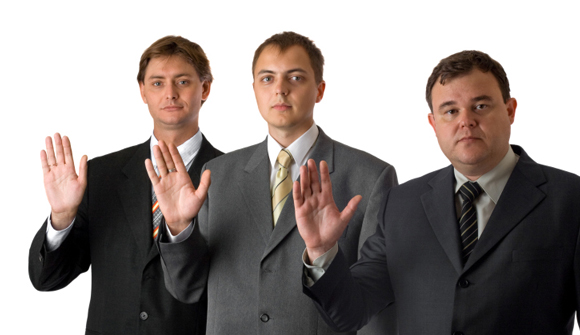 EDITORIAL
I Pledge Allegiance to PHRMA
By Wendy McElroy - December 19, 2013

The U.S. is attempting to give multinational corporations a status that has hitherto been reserved to sovereign nations. According to documents recently leaked from the Trans-Pacific Partnership (TPP) negotiations, the Obama administration wants corporations to be able to challenge the laws and regulations of foreign countries, and bring the dispute to a privately-run international court. The World Trade Organization currently grants the power to challenge a nation's laws only to another nation.

The Trans-Pacific Strategic Economic Partnership Agreement of 2005 (P4) is a treaty between Singapore, New Zealand, Chile and Brunei with the goal of facilitating trade in the Asia-Pacific region. Since then, the negotiations for a new and expanded agreement (TPP) have swollen to include 12 nations. The United States has assumed a leadership role since 2010 under the auspice of the United States Trade Representative (USTR). With the possible exception of Japan, the other 10 nations are resisting the corporate empowerment demand upon which the USTR is reportedly inflexible.

Why were the documents 'leaked' and why is the word 'reportedly' being used? The Huffington Post article (Dec. 8, 2013), "Obama Faces Backlash Over New Corporate Powers In Secret Trade Deal," explained: "The Obama administration has deemed negotiations to be classified information – banning members of Congress from discussing the American negotiating position with the press or the public. Congressional staffers have been restricted from viewing the documents."

In May 2012, the Democratic Senator Ron Wyden went against his own party to introduce Senate Bill 3225, "Congressional Oversight Over Trade Negotiations Act," which mandated congressional access to TPP documents. In introducing the bill, Wyden stated: "The majority of Congress is being kept in the dark as to the substance of the TPP negotiations, while representatives of U.S. corporations—like Halliburton, Chevron, PHRMA, Comcast, and the Motion Picture Association of America – are being consulted and made privy to details of the agreement…. We hear that the process by which TPP is being negotiated has been a model of transparency. I disagree with that statement."

The bill was immediately referred to the committee on finance, where it died.

Continuing pressure from Congress eventually prompted the Obama administration to allow the Democratic Congressman Alan Grayson to read core documents as long as he used no recording device, took no notes and was not accompanied by a staff member. By contrast, corporation representatives can reportedly view the document with a username and password. The tech news business site TechDirt (June 24, 2013) reprinted Grayson's public statement in the wake of his perusal of documents. He stated:

"1) There is no national security purpose in keeping this text secret.

2) This agreement hands the sovereignty of our country over to corporate interests.

3) What they can't afford to tell the American public is that [the rest of this sentence is classified]….

I will be fighting this agreement with everything I've got."

Meanwhile, pushback by the other nations negotiating the TPP continues. A point of particular controversy is the American proposal to restrict them from pressing for lower prices on domestic drugs. For example, both New Zealand and Australia have mechanisms by which their public health care systems can either prefer lower-priced generics or negotiate a cut rate from drug companies. The USTR wants to stop this practice; U.S. drug companies are on board.

Many aspects of the TPP are utterly unknown. For example, no one outside the White House seems to know what the proposed "privately-run international court" would look like. Who would appoint the crony judiciary to hear complaints from the crony capitalists? Perhaps, like Obamacare, the TPP has to be passed before it can be read. And, as with Obamacare, the tactic of secrecy is effective in closing down the discussion of details prior to those details becoming reality.

For free market advocates, however, the TPP raises a fundamental question that no government obfuscation can quiet.

Would Corporations Exist in the Free Market?

Corporations are falling into ever deeper disrepute. Liberal and libertarian voices speak in unison against the TPP and the corporations it would privilege. Prominent Democrats like Senator Elizabeth Warren are breaking ranks to protest the secrecy surrounding negotiations. This is to be expected. Liberals are profoundly and fundamentally anti-corporation.

But are libertarians? Or are they merely protesting the granting of privilege to specific corporations that should be competing with small business on the free market? It is an important distinction. If corporations are legitimate business arrangements that have been corrupted by government (and vice versa), then free market advocates need to orient their arguments accordingly. It is an issue that gives such advocates an opportunity to advance their own voice and make a unique contribution to the debate.

The modern multinational corporation is a product and a beneficiary of the state in terms of tax and legal privileges from stimulus packages to eminent domain; there is little argument on this point. But whether corporations are inherently anti-free market is hotly debated.

In his magnum opus Man, Economy, & State, Murray Rothbard stated the pro-corporation view… at least, as far as it goes. "[C]orporations are….free associations of individuals pooling their capital. On the purely free market, such men would simply announce to their creditors that their liability is limited to the capital specifically invested in the corporation, and that beyond this their personal funds are not liable for debts, as they would be under a partnership arrangement. It then rests with the sellers and lenders to this corporation to decide whether or not they will transact business with it. If they do, then they proceed at their own risk. Thus, the government does not grant corporations a privilege of limited liability; anything announced and freely contracted for in advance is a right of a free individual, not a special privilege. It is not necessary that governments grant charters to corporations."

In short, Rothbard argues that free-market corporations are nothing more than individuals pooling capital according to agreed upon risks and hope of reward. Liability to creditors could be contractually limited to the capital invested. The liability to consumers could be limited by information printed on products by which they would know (or should know) any risks involved. The situation becomes stickier on matters such as a harm or tort inflicted upon individuals who are neither creditors nor consumers. For example, how would a corporation address an environmental disaster? Such situations are currently and largely addressed by granting limited liability to the shareholders of corporations.

Anti-corporation libertarians object. After all, if an individual commits a tort, he is held legally and fully responsible for restitution. Why are individuals who form a corporation that commits a tort held liable to a limited extent? Otherwise stated: A group cannot possess more or different rights and responsibilities than those of the individuals who comprise it. If X is responsible for a harm to Y, then a group of Xs who inflicts the same harm are equally responsible. Becoming a group does not limit the restitution due to Y. Thus, even Rothbard rejected the limited liability of corporations on tort matters. Indeed, limited liability in tort is the main stumbling block in the libertarian debate over whether corporations could exist on the free market.

Frankly, I don't know the answer. But I do know the solution. Get government out of the process. Strip corporations of every scrap of government privilege or exception. It will then become evident if the business arrangement known as 'a corporation' can successfully compete. Perhaps the arrangement will devolve to joint stock companies, which were the forerunners of the modern corporation. Perhaps the free market will provide its own natural limits on torts by making corporations emphasize safety or by carrying insurance against such claims. Again, I don't know.

Happily, the USTR is having difficulty convincing non-US nations that U.S. multinationals should have a sovereign status in court that is on par with their own. Happily, powerful Democrats are bristling at being told a key trade agreement is "none of your business." If the TPP does go through, then the situation that is likely to result has been foreshadowed by the North American Free Trade Association. The Huffington Post article commented: "Under NAFTA, companies including Exxon Mobil, Dow Chemical and Eli Lilly have attempted to overrule Canadian regulations on offshore oil drilling, fracking, pesticides, drug patents and other issues. Companies could challenge an even broader array of rules under the TPP language."

As Grayson stated, the TPP is "NAFTA on steroids" and it is aimed at clamping down on one of the few areas of economic growth in the world: the Asia-Pacific region. Or, at least, placing that region under greater control of U.S. Corporations.