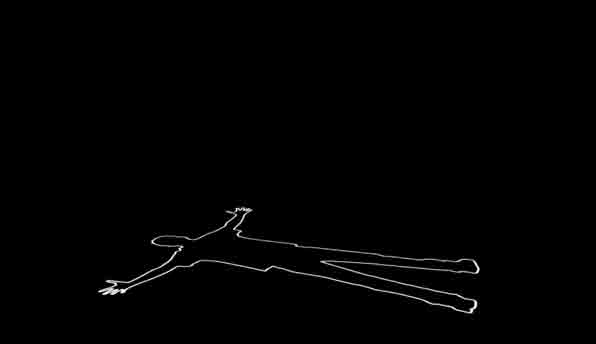 John Galt is the protagonist of Ayn Rand's novel Atlas Shrugged and expresses her vision of the ideal man. The title of this article flashed at me during a discussion with a fellow who argued adamantly against idealism. He wanted it stamped out of libertarianism because harping on ideals impeded "the art of the possible." Apparently being "too" radical (by some standard) only alienated reasonable people.

I argued: Anyone who advocates a society that is remarkably different than what exists is an idealist already: that is, he is a person with a clear vision of what things might be or should be rather than being stuck on things as they are. Marxists are often idealists, I pointed out, even though their ideals are appalling. They are also a strategic success story in terms of assuming control of society even though they administer it rather poorly thereafter. Ideals are not disadvantages; they are prerequisites for real change.

In his article "The Case for Radical Idealism" (For a New Liberty, Part II), the iconoclastic Murray Rothbard quoted the classical liberal economist F. A. Hayek about the enduring appeal of socialism. It lay in an incessant emphasis on ideals. Hayek stated:

We must make the building of a free society once more an intellectual adventure, a deed of courage….We need intellectual leaders who are prepared to resist the blandishments of power and influence and who are willing to work for an ideal, however small may be the prospects of its early realization. … Free trade and freedom of opportunity are ideals which still may rouse the imaginations of large numbers, but a mere "reasonable freedom of trade" or a mere "relaxation of controls" is neither intellectually respectable nor likely to inspire any enthusiasm. … Those who have concerned themselves exclusively with what seemed practicable in the existing state of opinion have constantly found that even this has rapidly become politically impossible as the result of changes in a public opinion which they have done nothing to guide. … But if we can regain that belief in the power of ideas which was the mark of liberalism at its best, the battle is not lost.

In wielding idealism, libertarianism has a distinct advantage over Marxism. Libertarianism describes how the world actually works with supply and demand, self-interested praxeology, methodological individualism and the realities of political power. Marxism imposes economic fantasies, creates the New Soviet man, homogenizes men into a collective and praises the strongman cult of government.

There are three other ways to approach idealism which show how practical it is:

The anti-slavery crusader and anarchist William Lloyd Garrison once wrote, "Gradualism in theory is perpetuity in practice." The only way to stop injustice is to stop injustice. Slavery is a good issue by which to judge where you stand on the gradualism versus abolitionism debate.

Imagine it is 1858 and you are living in New England. A man knocks on your door with papers documenting his ownership of a runaway slave whom you are sheltering. The slave throws himself at your feet begging to stay while the slave-owner reasons with you. Being philosophically inclined, he comments on the political and social necessity of preserving slavery … for the time being. He is personally opposed to the institution but, without it, the economy of the South would die and violence by blacks against whites would abound. Slavery must be phased out. When the black man is educated and able to support himself, then he will be freed.

If you reply, "There is no moral or practical consideration that overrides this man's right to his own body," then you are an abolitionist.

If you reply, "I am opposed to slavery, but the consequences of immediately ending it are disastrous; therefore, I return your slave for some undefined transition period," then you are a gradualist.

Libertarians in early-nineteenth-century America rallied around the abolition of slavery. They opposed phasing it out as they would have opposed phasing out rape. Both are moral abominations on which the only proper position is immediate cessation; that is, as fast as is humanly possible.

Before proceeding, it is useful to distinguish gradualism as a policy from gradualism as a fact of reality. The latter form of gradualism simply states that, try as you may, it takes time to implement ideas. The transition to a libertarian society will not occur overnight because it cannot. This is the nature of our reality. If this is all that gradualism meant – that is, implementing ideals 'as fast as humanly possible' – then quarrel would disappear.

Abolitionists do not argue with this type of gradualism. They take issue with a more common formulation that goes somewhat as follows. A great many old people depend upon Social Security; therefore, approving a 'reasonable' tax for that program is a small injustice compared to depriving the elderly of food. Really? It is not clear if one injustice outmeasures the other or what standard is being used. And, even if one act were objectively less unjust, trying to fit either into a libertarian framework is pounding a square peg into a round hole. The dismal fact is that everyone has money stolen by the government; the goal of libertarianism is to end that process ASAP, not to dilute or redirect it for an undefined period of time.

Gradualism is a form of "reductio ad absurdum." Once you admit the principle of subordinating individual rights to a social 'good,' there is nowhere to draw the line. If my rights are violated by so-called libertarians in order to compensate others for injustice I did not cause, why should the same principle not be applied to me? Surely the injustice done to me should be rectified by violating the rights of other people – presumably the next generation. "Gradualism in theory is perpetuity in practice."

"If you meet John Galt on the road, do not kill him" … at least, not for expressing an ideal. Kill him, if you must, for being a cardboard character in a novel or for the interminable speech delivered near the end of it. At this strange moment in history, libertarianism is in sad need of ideals. Remember Hayek's words: "reasonable freedom of trade" or a "relaxation of controls" are not what stir men's hearts and souls to fight for liberty. "Truth," "Freedom," "Justice" – these are the words on the banners under which human beings are willing to fight.