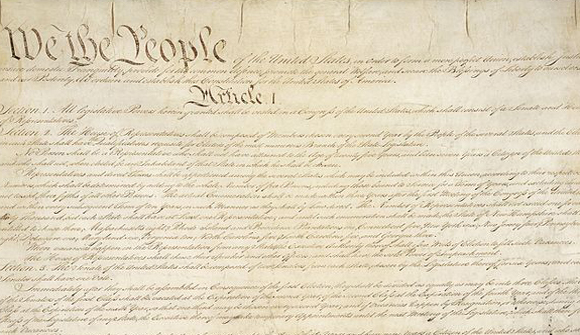 The Obama administration is using statute law to shred those constitutional provisions. Sections 3403 and 10320 of the 2,500+-page Patient Protection and Affordable Care Act of 2010 (Obamacare or PPACA) created the Independent Advisory Board (IPAB). Or, rather, the IPAB has been mandated but is yet to be assembled. The IPAB is a 15-member panel of 'experts' who will be nominated by the president and subject to Senate confirmation. The IPAB's stated responsibility is save Medicare money by making legislative proposals to Congress to reduce Medicare spending. The board's proposals would be triggered whenever Medicare's per capita growth exceeds the gross domestic product plus 0.05 percent.

Previously, such proposals came from an agency called MedPAC and required an act of Congress to become law. IPAB's proposals would be different. In a Cato Institute paper entitled "The Independent Payment Advisory Board, PPACA's Anti-Constitutional and Authoritarian Super-Legislature," Diane Cohen and Michael F. Cannon explained, "When the unelected government officials on this board submit a legislative proposal to Congress, it automatically becomes law…. Blocking an IPAB 'proposal' requires at a minimum that the House and the Senate and the president agree on a substitute." [Emphasis in original] The substitute plan must save as much as the IPAB one. If the IPAB proposal is not blocked, then "the Board's edicts…can become law without congressional action, congressional approval, meaningful congressional oversight, or being subject to a presidential veto. Citizens will have no power to challenge IPAB's edicts in court."

The PPACA authorizes the Secretary of Health and Human Services (HHS) to make a proposal if the IPAB board does not do so by a set date. As with the board, if Congress does not provide an alternative to that proposal, then the Secretary is authorized to implement it unilaterally, and with appropriated funds if necessary. (Presumably, the funds would come from Medicare.) In short, a panel of 15 experts will assume the unprecedented power of making federal law and changing laws previously enacted by Congress. Or one woman will: Secretary of HHS Kathleen Sebelius.

The stated reason for political policy is rarely an accurate or full one. Peter Orszag, former member of the Obama administration, offered a glimpse of the motive behind the IPAB. Orszag called the board an attempt "to take some of the politics out" of health care. By this, he meant factoring the Republican-dominated House out of the health care issue. Orszag is quite explicit. In a New Republic article (Sept. 14, 2011), he explained, "[R]adical as it sounds, we need to counter the gridlock of our political institutions by making them a bit less democratic… I believe that we need to jettison the Civics 101 fairy tale about pure representative democracy and instead begin to build a new set of rules and institutions…." He praised the IPAB as "the most dramatic example of this idea." Orszag wants to shove Obama's legacy legislation beyond the reach of an obstructive Congress and Constitution.

How Powerful Would the IPAB Be?

The Cato paper pointed out that the IPAB has next to no restrictions in how it regulates Medicare or "health care broadly." Beginning in 2015, "PPACA gives IPAB the power to impose price controls and other regulations, to impose taxes… and… to ration care for all Americans, whether the government pays their medical bills or not."

Rationing. The PPACA forbids the IPAB from making "any recommendations to ration health care" but the issue may come down to semantics. The PPACA does not define rationing, and the IPAB can set physicians' reimbursement rates. The Doctor-Patient Medical Association, one of 500 medical organizations opposing the IPAB, observed that rationing under another name would be a reality if the IPAB were "to adjust physician reimbursement rates below costs." The observation was echoed by Howard Dean, former Chair of the Democratic National Committee. Dean stated in the Wall Street Journal (July 28, 2013), "The IPAB is essentially a health-care rationing body. By setting doctor reimbursement rates for Medicare and determining which procedures and drugs will be covered and at what price, the IPAB will be able to stop certain treatments its members do not favor by simply setting rates to levels where no doctor or hospital will perform them." This power was what prompted former Alaska Governor Sarah Palin to famously call the IPAB a "death panel."

Taxes. The PPACA prohibits the IPAB from raising "revenues or Medicare beneficiary premiums under section 1818, 1818A, or 1839." In short, the IPAB is restrained only with reference to the indicated sections of the Social Security Act. Cohen and Cannon argued that "by carving out a discrete list of limitations on the board's delegated powers, the [PPAC] Act implicitly gives IPAB otherwise unlimited power to exercise any enumerated congressional power…. Aside from these limitations, nothing in the Act prevents PPAB from proposing any kind or magnitude of regulation or tax that is within the power of Congress to enact."

Their argument rests on the fact that nothing prevents IPAB from violating its own rules because there are no mechanisms to enforce compliance. In other words, the incentives for IPAB to raise revenue are clear while the mechanisms to prevent it from doing so are absent. The incentives: Even if defeated by an alternative measure, a tax proposal would empower the IPAB by establishing it as having equal stature with the House of Representatives in terms of originating revenue bills. Moreover, if Congress 'defeated' the proposal by substituting another one, the IPAB would have forced through a tax increase. The lack of an enforcement mechanism: implementation of the IPAB proposals is exempt from either administrative or judicial review. Cohen and Cannon concluded, "IPAB can raise taxes as surely as it can alter Medicare payments. The Act creates an unaccountable lawmaking body, and leaves elected officials with little to stop it."

The future of the IPAB is unclear. For one thing, the PPACA enjoins Congress from repealing the IPAB until 2017. A Heritage Foundation paper entitled "Obamacare and the Independent Payment Advisory Board" explained that the PPACA "includes extraordinary obstacles to the board's abolition, which will attempt to bind a future Congress. Under the statute, Congress must pass a joint resolution to discontinue the board and its functions, and such a resolution must secure an affirmative vote of three-fifths of the Members of the House and Senate. Furthermore, such a resolution cannot be introduced until 2017." Moreover, if the board is not repealed by a super-majority in both houses between February 1 to August 15, 2017, the PPACA prohibits Congress from repealing the board in the future. Of course, binding acts of future Congresses is beyond the authority of a panel of presidential nominees; Cannon, director of health policy studies at Cato, added: "Congress cannot bind a future Congress like that. Only the Constitution can."

Or Obama… that is, if he is able to pull off the sleight-of-hand called the IPAB. After all, the board is now an aspect of the 'law of the land' that was duly passed by Congress.

Even short-term prospects for the IPAB are unclear. The chief actuary of the Centers for Medicare & Medicaid Services stated in April this year that the trigger point for IPAB action had not been met. The finding prompted critics to ask, "If a government actuary conducts an analysis but the committee that is supposed to receive that analysis doesn't exist, does the analysis make a sound?" Apparently, Obama heard it. His 2014 budget request to Congress contained a provision to lower the IPAB's trigger point. Moreover, the December 5th elimination of the filibuster in the Senate is seen partly as a move to facilitate establishing the IPAB. Presidential nominees now require 51 votes, a mere majority, rather than the 60 votes needed to end a filibuster. Obama can now ram appointments and judicial confirmations through the Democrat-dominated Senate with impunity.

The race is afoot. Lawsuits challenging the IPAB continue. But they all face the obstacle of the Supreme Court's prior ruling that requiring people to buy health insurance was a tax and so constitutional. Moreover, the court system rarely rules against advisory boards that have been sanctioned by Congress. Challenges continue in Congress as well. A bill has been introduced in the Senate to defund the IPAB. A similar bill is in the House.

The Constitution has become the lackey of the executive branch, which it was meant to constrain. When it cannot be adapted for use, the Constitution is abandoned. Stunned observers who stand and mutter "but the President taught Constitutional law at the U of Chicago" are missing the point. Obama knows what he is doing. He knows the Constitution and its intention down to the historical debates about its punctuation. That knowledge is precisely why he can deftly wrest so many Constitutional powers and make bureaucratic jogs around the ones he can't.