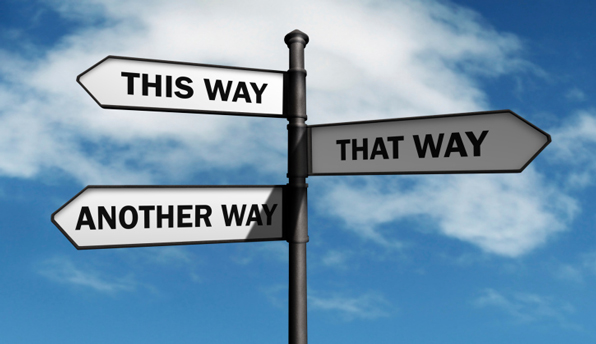 EDITORIAL
Relationship of Politics to Morality
By Wendy McElroy - July 31, 2014

A manufactured conflict is flashing through libertarianism: self-described "humanitarians" versus insultingly-labeled "brutalists." In a much circulated article entitled "Against Libertarian Brutalism," the libertarian luminary Jeffrey Tucker defines the "humanitarians" (of whom he is one) as people who love liberty because it "allows peaceful human cooperation… creative service… keeps violence at bay… allows for capital formation and prosperity… leads to a world in which people are valued as ends in themselves." In short, "humanitarian libertarians" value liberty because of the sheer beauty of the society it creates. (Note: The article was published in a March issue of FEE but the faux conflict is still active.)

By contrast, "brutal libertarians" are said to find "what's impressive about liberty is that it allows people to assert their individual preferences, to form homogeneous tribes, to work out their biases in action, to ostracize people based on 'politically incorrect' standards, to hate to their heart's content so long as no violence is used… to be openly racist and sexist." In short, "brutal libertarians" value liberty because it allows them to hate and to discriminate.

Unfortunately, the article also defines "brutal libertarians" as being "rooted in the pure theory of the rights of individuals to live their values whatever they may be." In other words, we (I am a brutalist by the preceding definition) believe in living peacefully without imposing our moral values on others; we view the non-aggression principle as the non-aggression principle. Politically-speaking, I adhere to nonviolence and for this I am considered hate-filled.

Tucker offers the example of "a town that is taken over by a fundamentalist sect that excludes all peoples not of the faith, forces women into burka-like clothing, imposes a theocratic legal code, and ostracizes gays and lesbians." And, yet, everyone is there voluntarily. He continues, "The brutalists will… defend such a microtyranny on grounds of decentralization, rights of property, and the right to discriminate and exclude – completely dismissing the larger picture here that, after all, people's core aspirations to live a full and free life are being denied on a daily basis."

Ignore errors such as presuming that decentralization or property ownership are used by libertarians to defend a violation of rights. Forget how difficult (or impossible) it is to find someone who advocates and lives nonviolence because he is hate-filled. Or the strong tendency for such a person to also adopt a moral code of civil behavior toward others. I do not know any voluntaryist who does not also have a strong personal ethics that includes tolerance, if not kindness toward others. But also, they believe their moral sentiments must not be imposed; what cannot be accomplished by peaceful means should not be accomplished at all.

Consider instead how easily the article skips over the "voluntary" aspect of the town. Or how a voluntary town could "force" women into burka-like clothing. Or how the article presumes that accommodating the aspirations of others is the responsibility of strangers.

I've tried to extract something positive from the article's "humanitarian" argument, and there is an interesting question raised, albeit obliquely. The question: What is the relationship between politics and morality?

In his article "Myth and Truth About Libertarianism," Murray Rothbard addresses the lie that "[l]ibertarians are libertines: they are hedonists who hanker after 'alternative lifestyles'. His response applies with equal force to the accusation of brutalism. "The fact is that libertarianism is not and does not pretend to be a complete moral or aesthetic theory; it is only a political theory, that is, the important subset of moral theory that deals with the proper role of violence in social life."

One of my favorite authors on the distinction between politics and morality is Adam Smith (1723–1790). Smith is most celebrated as an economist and the author of Wealth of Nations, a central theme of which is a rejection of mercantilism – the crony capitalism of its day. But Smith saw himself primarily as a moral philosopher and much preferred his earlier work The Theory of Moral Sentiments, a central theme of which is that morality rests upon the natural sympathy individuals feel toward each other.

Smith has been cast as a cold-fish economist who argues on the basis of individual and private self-interest. The impression is rendered by short passages that are selectively lifted out of the massive Wealth of Nations. An example is the famous quotation: "It is not from the benevolence of the butcher, the brewer, or the baker, that we expect our dinner, but from their regard to their own interest. We address ourselves, not to their humanity but to their self-love, and never talk to them of our own necessities but of their advantages."

Certainly, the positive aspects of self-interest is part of Smith's argument but the overall picture he presents has been badly distorted. Smith argues for the free market primarily on moral grounds. That is, on the basis of the general good (prosperity), justice, freedom, liberty from domination and moral autonomy. These moral benefits accrue especially to the working class and to the poor. Smith examines economics in the explicit context of morality and human progress.

Consider the moral good of prosperity, of people being able to command the goods upon which life depends. Smith observes that a European peasant is more prosperous than African royalty. He writes, "the accommodation of an European prince does not always so much exceed that of an industrious and frugal peasant, as the accommodation of the latter exceeds that of many an African king, the absolute master of the lives and liberties of ten thousand naked savages." Unlike other theorists of his day, however, Smith does not ascribe the relative prosperity of the European peasant to superiority of race. He ascribes it instead to the fact that the peasant can usually compete in a fair manner because he is secure in property rights, and he benefits from both a division of labor and an effective distribution system. The African king is not so fortunate in his economic environment. Thus, the free market makes kings of the poor.

Consider the moral good of justice for all. Smith writes, "To hurt in any degree the interest of any one order of citizens, for no other purpose but to promote that of some other, is evidently contrary to that justice and equality of treatment which the sovereign owes to all the different orders of his subjects." Smith's rejection of mercantilism, through which state privileges are granted to favored businesses, is rooted in his demand for fair treatment of the poor and the struggling. Mercantilism not only shuts the poor out of competing on the market place but also taxes them either directly or through higher prices for monopoly goods. Smith explicitly and repeatedly states his moral objections to this inequity.

The Wealth of Nations is as much a text on morality as it is on economics or politics. And, yet, Smith draws a sharp, clear distinction between morality and politics.

He believes politics involves the duties that human beings owe to each another; for example, the duty to refuse privileges that bar others from competing equally on the free market. But Smith does not consider paying such a duty or debt to be moral. It is no more than rendering what is owed, similar to paying for a loaf of bread. Moreover, the duties owed are expressed by either taking action or refraining from action.

Morality comes from rendering a 'good' over and above what is owed. It is not primarily embodied through acts but through sentiments. The Theory of Moral Sentiments opens, "How selfish soever man may be supposed, there are evidently some principles in his nature, which interest him in the fortunes of others, and render their happiness necessary to him, though he derives nothing from it, except the pleasure of seeing it. Of this kind is pity or compassion…" Smith used the term "sympathy" to collectively describe the moral sentiments of benevolence toward other human beings.

In a sense, The Wealth of Nations and The Theory of Moral Sentiments have the same message: Free exchange benefits each human being involved. On a free market, political and economic benefits arise from trade and productive mechanisms such as the division of labor. On a personal level, moral and emotional benefits accrue to human beings through the exchange of sympathy as expressed through compassion, gifts or other assistance. Nevertheless, and unlike politics, morality is rooted in sentiments rather than in the specific acts.

Morality is an entirely separate process from politics. Smith's purpose is not to conflate morality and politics but to demonstrate their deep compatibility. Both are exchanges of value. Both enrich human life. There is no conflict.

It is impossible to know if "humanitarian libertarians" are referring to specific people in the liberty movement who have been wanton or vicious. The article provides no names, events or other identifiers. The most plausible assumption, therefore, is that every libertarian who distinguishes between politics and morality is being indicted. Everyone who wishes first and foremost to live in peace and tolerate the equally peaceful behavior of others is a brutalist.

Nonviolence is not hatred. And conflating politics with morality is theoretically reckless, especially when it is done to condemn those who disagree with the content of a specific moral code. Morality resides in the benevolence one human being feels toward another; it can be expressed in a myriad of ways that should not be dictated. When morality is proscribed – particularly in tandem with downplaying the value of nonviolence – it ceases to be moral and becomes moralizing. It becomes a dangerously self-righteous and intolerant act, which does not and cannot benefit all parties involved unless, of course, all parties agree to march to the same moral drum.