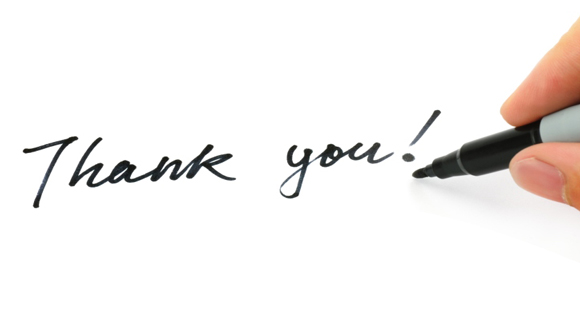 I owe an unpaid intellectual debt to Robert LeFevre (1911-1986) with whom I associated in my twenties.

LeFevre deeply impacted libertarians who met him personally but current and future generations may not understand why. They will meet only his books, which are deceptively simple and less impressive than was the man himself. LeFevre exuded such charisma that personal contacts often had profound consequences. For example, billionaires Charles and David Koch attended the Freedom School that LeFevre founded in 1957; inspired, the brothers went on to massively fund the libertarian movement. Indeed, the science fiction writer Robert A. Heinlein is said to have found LeFevre so compelling that he became the model for Professor Bernardo de la Paz, the anarchist hero who leads a Lunar revolution in The Moon Is a Harsh Mistress.

Although drawn by his rejection of politics, I did not appreciate the true subtleties of LeFevre's work back then. I viewed most of it as a popularized version of ideas I'd encountered before. And I had significant disagreements.

What was his basic approach? In a tribute to his posthumous friend, Karl Hess summed it up. "LeFevre's main point, which he once summed up in an interview, was that each of us should 'Do as you please – but harm no other in his person or property'. From that position can be extrapolated everything …. He tenaciously held that the individual was the key to it all. Not tides of history. Not winds of war. Not storms of ideology. Not pressure of politics. The individual must and does make up his or her own mind whether to be free or controlled."

An Instance of LeFevre's Unacknowledged Contribution

LeFevre had a unique take on the question "how can a society best ensure private justice?"

In approaching the same question, Murray Rothbard and many other theorists dwell almost entirely upon issues such as restitution versus retribution or how justice agencies could be structured. They focus on what should happen after a rights violation has occurred. This is understandable because a rights violation is what triggers the call for justice in the first place. In fact, justice can be defined as a principle or process of resolution. This assumes there will be conflicts between people, with physical violence being a common characteristic. Thus, defense agencies that investigate crime, private court systems and other institutions of private justice are basically a reaction to violence (including fraud). They are activated by it.

Lefevre's approach was different and, again, deceptively simple. He spoke in terms of individuals protecting against violence and so preventing crime before it happens. His theory of justice acknowledged the existence or likelihood of conflicts but his remedy was not activated by violence itself. It was a pre-emptive defense. The most common example would be to secure property from theft with locks or through other means. His theory of protection was considerably more detailed and sophisticated, however. Its many facets included the essential role of education, private institutions that rival or replace current state ones, developing individual self-control and being charitable.

Moreover, LeFevre's protection system offered advantages. A major one: After a crime has occurred, it is almost impossible to make the victim whole. In fact, even in non-criminal cases of contract or straightforward torts, restitution may be impossible. For example, a broken vase may be a family heirloom but it will be replaced at its market value, not its sentimental worth. With violent crimes such as rape, assault, or murder, the harm cannot be erased. Bodies can heal, medical bills can be paid but the emotional pain and suffering is permanent. Restitution, punishment and other "remedies" are simply the best that can be done. LeFevre's overwhelming insistence on preventing a crime in the first place is a simple, elegant and real solution. And, yet, it may well be the least discussed.

The emphasis on protection also sidesteps a common objection to competing justice agencies. Indeed, it is an objection LeFevre himself raised. Namely, that competing agencies would devolve into warring factions. By contrast, it is difficult to imagine war between agencies that are devoted to nothing but protective measures.

LeFevre's primary reason for advocating protection was not the impossibility of restitution, however. He was a pacifist who morally objected to the use of force … even in self-defense, even if it only violated property rights. In his brief book The Libertarian, LeFevre wrote, "the pacifists … while admitting that they too might do anything at all under the pressure of expediency, contend that they should not violate the boundaries of an aggressor, and if they do in the excitement of the occasion, they would be in error and performing a wrongful act." A story, which is probably apocryphal, captures the depth of LeFevre's advocacy. He reportedly once argued that it would be wrong to pull an attacker's knife out of his own body because the knife was someone else's property. Again, I doubt the story's veracity but it does express his commitment when he accepted a principle as true.

A Bad Reason A Good Man Was 'Lost'

A main reason LeFevre's approach did not gain more traction or significantly survive his death is precisely because it was based on moral pacifism. It rejected the propriety of self-defense, which is logically required by a person's right to control his own person and property.

But the dismissal of LeFevre came from much more than an intellectual error. He was cruelly ridiculed by Rothbard and other critics who painted his pacifism in an unflattering and somewhat inaccurate manner. LeFevre elicited his own ridicule by labelling his position as "the moralist" one. Clearly incensed by the implication that he was an "amoral pragmatist and sinner," Rothbard lashed back repeatedly and broadened the attack. In his article "'The Libertarian': The Gospel According to LeFevre," he raged, "In his anxiety to attack all defensive violence from whatever source, LeFevre goes so far as to make common cause with the statists in denying the workability of anarcho-capitalism …" This denied LeFevre his due place as a consistent voice against statism and any participation in politics.

And, then, there was the airing of what some considered to be "dirty laundry" that had once been worn by LeFevre. He had been an old-fashioned evangelist who embraced the Great I AM spiritual movement in the 1930s. This made his valid accomplishments get lost in the chuckling and denigration. For example, LeFevre is rarely credited with inspiring the first libertarian activists to become leaders within the booming student movement of the 1960s.

And, so, intriguing ideas and alternate paths to freedom were lost. Whatever one thinks of moral pacifism, LeFevre had a great deal to teach including a vital piece of the puzzle on how a free society should handle violence. Namely, don't. Individuals should eradicate the root causes so that violence doesn't erupt in the first place. (Strategies for doing so are spelled out in various works by LeFevre, including the 1999 book A Way to Be Free, the Autobiography of Robert LeFevre: the Making of a Modern American Revolution.)

There is a LeFevre-sized hole in the current freedom movement.