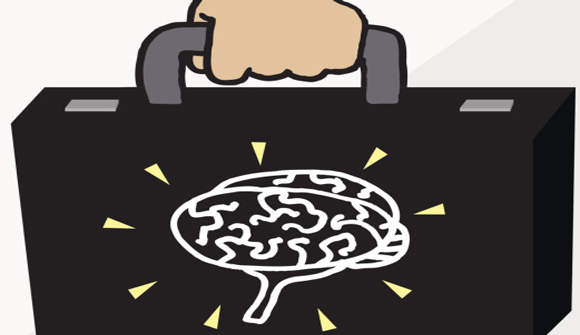 America is making emigration more difficult and expensive. Last year, for example, the cost of renouncing U.S. citizenship rose by over 400% from $450 to $2,350. Those who take the far more common step of simply and quietly leaving still remain vulnerable to a massive tax system that reaches into foreign lands. At the same time, expats are becoming financial pariahs who find it awkward to support themselves because basic services, like a foreign bank account, are difficult to obtain.

One of the reasons for the slow but inexorable closing of borders is not given sufficient weight.

The wealth of a nation is its people. That fact is starkly revealed whenever a nation tries to prevent the flight of human capital which is also known as a "brain drain." The term refers not merely to emigration but to the departure of

the skilled, the young and the affluent who are integral to the health of a society. When a nation cannot retain mobile people by offering 'goods,' like freedom and opportunity, it holds them in a more literal sense. Otherwise, people who are free to leave may well do so.

The barriers erected against emigration serve different purposes, depending on their form and content. Some strip away as much wealth as possible before allowing a productive person to get out of grabbing range. Others aim at preserving the talents and skill that have made the person mobile in the first place.

The Brain Drain and Brain Gain

The term "brain drain" gained traction after World War II when scientists and other technical experts poured out of the ruins that were Europe. Their preferred destinations were the victorious English-speaking countries, which were said to experience a "brain gain." That is the key to why America has hitherto been relatively unconcerned with losing human capital as opposed to losing taxes. But only so many productive people can leave before a tipping point occurs within society.

The impact of the brain drain and gain is dramatically illustrated by a scene from the 1983 movie adaptation of Tom Wolfe's 1979 book of the same name: The Right Stuff. The movie focuses on the training of astronauts circa the 1950s but the development of the American space program and its rivalry with the Soviet Union is another theme. German scientists were so integral to the development of rocket programs in America that they were forgiven former Nazi ties. The Russians were worse; they looted German talent and some experts worked as de facto forced labor in a sealed city.

The scene from The Right Stuff? A German scientist (Werner von Braun) is attempting to reassure American politicians who are distraught over the Soviet Union making it into space first (Sputnik, 1957). In the movie, Braun comforts them by stating, "Our Germans are better than their Germans." True or not, the statement captures the extraordinary importance of human capital.

Common Ways to Prevent the Mobility of the Productive

The following examples are neither exhaustive nor mutually exclusive.

The Reich Flight Tax came into effect (1931, applied retroactively) as a response to the flight of capital from Germany during the Great Depression. When it was later applied to Jews who were deemed undesirable, the 'temporary' measure was a pure money grab. But it was also aimed at discouraging the "unpatriotic departure" of desirable citizens with ability and skills by raising the financial cost of leaving Germany.

Another way to prevent mobility is to convert travel from a human right into a government-granted privilege. Nations commonly require passports or other approvals before they allow anyone to cross a border. The question becomes, "How difficult is it to receive state permission?" The worst tyrants, like North Korea, restrict issuance to a small elite who are favored by the state. Others make issuance conditional upon meeting specific state requirements; for example, males in Finland between 17 to 30 years old need to document having completed a mandatory military service or to prove they are exempt.

Then there is the actual tightening of borders by erecting fences, walls, security areas and other physical barriers. Such borders are usually patrolled by heavily-armed guards as well as aggressive immigration and customs agents who ask people the reason for their trip and require the presence of a return ticket. Perhaps the most notorious symbol of this type of emigration control was the Berlin Wall (1961-1989) that shut in East Germans for almost three decades. Those who attempted to escape were often shot.

Domestic policies also discourage emigration by casting it as an unpatriotic act that only the treacherous and the selfish would pursue. Emigration is publicly castigated in order to apply peer pressure on the mobile and to establish hostility within the immobile so that politicians can impose further restrictions. The ruling elite need to demonize those with the effrontery to leave.

Venezuela recently illustrated a common approach of totalitarian nations toward the diaspora of valuable citizens. On December 15, a headline in the Panampost read, "Venezuela's Brain Drain and the Specter of Barriers to Exit. Educated Professionals to Be Tuition Hostages of SocialistRevolution?" An estimated 1 million people have emigrated since Hugo Chavez assumed power (1999-2014) and the pace has only increased under his anointed successor, Nicolas Maduro. A high rate of violent crime, tight currency controls, anti-government protests that are brutally suppressed, a shortage of basic goods … all these factors are driving out the educated, the middle class and the entrepreneurs.

In response, Vice President Jorge Arreaza stated that the education received by Venezuelans is a privilege granted by the state, which they must repay. "We want to raise the alarm on mobility," he declared. "In Venezuela, we're not only suffering a brain drain … we're suffering the theft of brains." The clear implication is that people's brains and talents belong to the state, not to themselves.

This pattern has played out many times. In 1972, the Soviet Union instituted a "diploma tax" by which those with a higher education needed to pay

back as much as twenty times their yearly salary before being permitted to exit; the tax was notoriously applied to Russian Jews and partly justified as being repayment for state education. When Israel began to pay the tax on behalf of some of the emigrants, the Soviet Union was accused of "selling Jews."

At that point, America led a global crusade that called Soviet emigration "a human right" and made a loosening of the border into a precondition for Russia to receive "most favored nation" status. After all, America overwhelmingly benefited from the direction in which the expertise headed. The tax was lifted but other barriers quickly rose.

America is implementing all of the foregoing measures against emigration and many more. Those who emigrate are being increasingly viewed as unpatriotic thieves who steal from the rest of society.

The Coming Impact on America

The high wall raised around America – both literally and figuratively – is devastating to freedom and prosperity. It is meant to hold both human and financial capital inside. But making it a liability to Americans merely increases the likelihood of productive people leaving.

It also cuts off one of America's greatest strengths: the productive people who have historically flowed in from other nations. A recent article in the Daily Reckoning illustrated the harm in staunching the flow of people both in and out. It quoted Hong Kong tax attorney Timothy Burns: "Fifteen or 20 years ago there was a big rush to make sure your kids became U.S. citizens, for access to U.S. schools for example. Now we're seeing just the opposite." The article also quoted international tax attorney Andrew Mitchel, who said, "My advice to, say, a small-businessman abroad would be to think twice about acquiring U.S. Citizenship…. Many of these people do not realize what that means for their businesses until they start dealing with the IRS."