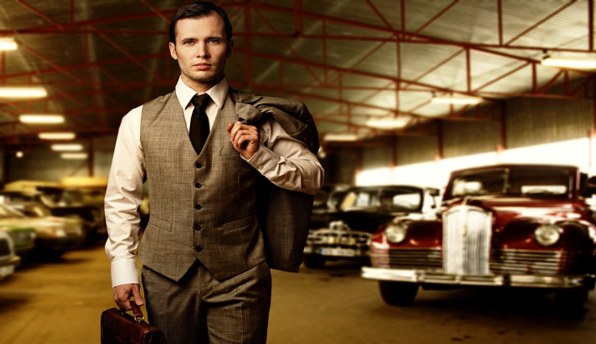 America, Canada and the European Union (among others) shell out investment privileges to the rich so they can become richer, and the average person can't. After all, why be in the elite if anyone can join? The scam is called "accredited investors."

The rich who earn their money should be the most insulted and worried. Resentment of the rich is soaring with "income inequality" being the new political cause célèbre. As the attack on wealth surges, few people make a distinction between deserved wealth and the type that is acquired through government. They won't even notice that the privileged wealthy are the ones leading the peasants' attack on the castle. Thus, the faux elite protect their own riches and ensure that the pitchforks point away.

What Is an Accredited Investor?

Security regulations restrict the ability to invest in "high risk" ventures, such as startup companies or hedge funds, to those who are in the upper echelon of wealth. The requirements to become an accredited investor vary slightly from country to country.

The U.S. Securities and Exchange Commission (SEC) offers one of three ways to qualify: The individual (or entity such as a corporation) must have an annual income of $200,000 or a joint one of $300,000; he must have a net worth of over $1 million; or, he must be a general partner, executive officer, or somehow in business with whomever is issuing the security.

Privileging the rich is justified on the grounds that poor people are too financially stupid to make high-risk investments without losing their life savings; the word most often used is "unsophisticated." Of course, there is an intimate connection between taking risk and reaping huge returns. For example, accredited investors, who are free to seed startup companies, may see massive returns of far over 100% if the venture goes public – that is, if there is a public offering of stock (IPO). Meanwhile, the average person is generally restricted to investing in mutual funds and other low-risk, low-return vehicles; this institutional investing is a form of what is called "passive investing." Again, the exclusion and shoving into passivity is executed in the name of protecting the wallets of the unwise. Interestingly, the protection does not extend to government lotteries. That's encouraged.

The growth of mutual funds and other low-return institutional investments has soared because of the regulatory advantages they enjoy. The SEC Act of 1933 "allows issuers, in certain limited circumstances, to issue securities that will be traded only among qualified institutional buyers without having to fully register the securities." This means the average person can legally invest in companies through approved vehicles that skim their cut and take away the ability of the average person to judge risk and return for himself. It is a rigged game but one of the only ways to play at all.

The claim of protecting the poor is absurd on its face. It equates wealth with wisdom even though many roads lead to richness including inheriting, selling drugs, stealing, blackmail and counterfeiting. It blocks investors from purchasing "risk" that may be no more volatile than listings on the traditional stock market. It also eliminates the possibility of modest-earners pooling together to invest in an appealing venture. Moreover, those with limited wealth are precisely the ones who will be most careful in using it.

"I recently worked for a startup that was sold to a large company that has since went public. While I did not own a large number of stock options (2000), I was not eligible to transfer my shares to shares of the acquiring company because I was not an accredited investor. Instead, I had to sell my shares for $3 a share, netting a profit of $5k. This was a nice bonus, for sure, but had I been able to convert my handful of shares into the now-public companies shares, I would have netted approximately $52k."

The blogger comments on the incredible and additional investor injustice of a phenomenon known as Second Market, "an American online marketplace for buying and selling illiquid assets":

"Second Market is a company that helps owners of private stock sell their stock before the company goes public. So, for instance, an accredited investor could purchase shares of Facebook stock before it goes public for a price which she believes will be substantially lower than the price it will go public for. The investment is risky – a private company may never go public despite its success, and it is not clear on what the price will be when it hits the market even if it does – but ultimately most of these investments in big, fast-growth private companies net investors serious growth."

SecondMarket states: "For regulatory reasons … to view listings and place indicative bids on securities through SecondMarket, you must be an Accredited Investor or Qualified Institutional Buyer ('QIB')." In other words, you must be part of the elite to even access the information.

In Defense of Security Issuers

The issuers of securities have no choice but to comply even though the rules limit the capital they can raise; otherwise stated, limiting the number of investors leads means issuers must pay a higher price to attract capital. The U.S. Securities Act of 1933 requires anyone who launches an IPO to register their securities with the

SEC. Even those who do not launch an IPO are allowed to make a "private placement" of securities with a very limited number of people who not accredited. (Similar regulations exist in other countries.)

Accredited investor limitations hurt companies, the average person, the poor and customers. The latter are harmed because the cost of obtaining capital is folded into the cost of production which is passed on to everyone who buys a can of peas or an iPod. Moreover, if liquidity is required for a healthy marketplace, as I believe it is, accredited investing harms everyone by acting as an artificial blockage of opportunity.

Accredited investor regulations are a deadly insult to hard-working people and a means by which the artificially elite remain in a position of power over the common people. It is an economic abomination; it is spit in the face of every decent human being.