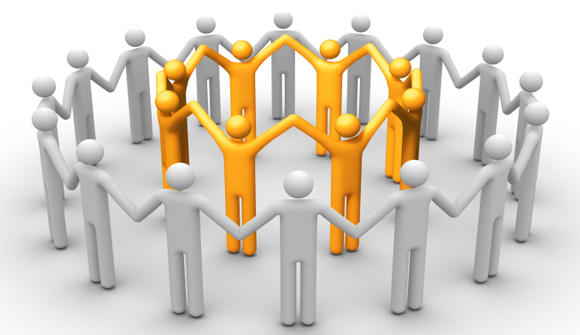 Few aspects of America's past are as thoroughly misunderstood as the history of the labor movements that thrived in the late 19th and early 20th centuries. The modern union that arose and usurped their place was the antithesis of what it claimed to be. It did not voice workers' rights. It silenced them.

Modern unions were created through an alliance between big government, big business and big labor in order to control the power of the work force. The alliance was not always a comfortable one, to be sure, and it sometimes broke down. Nevertheless, the modern union arose because it was convenient to all parties involved. It also effectively killed what was deemed the larger threat; namely, labor organizations that were not under government control.

Modern unions are rooted in the New Deal legislation of President Franklin D. Roosevelt and they were championed by leaders of industry such as Gerard Swope, then-president of General Electric. The Wagner Act (1935) established the legal "right" of workers to unionize if a majority within a business voted to do so. These unions were handed the legal privilege of certification. That is, the union received government authorization as the sole representative of labor within a certain industry or business with whom the employer was required to negotiate. The monopoly union then prevented other labor groups and individuals from negotiating their own contracts. Workers in the industry could choose not to join the union but they remained bound by its contracts and they had to pay union fees. Thus, the modern union was a forced transfer of authority and rights away from individual workers to a government-created monopoly.

Big business applauded the Wagner Act because it eliminated the need to negotiate contracts with multiple groups or individuals. The monopoly union also acted as an enforcement arm, which ensured that its members complied with contracts. The union prevented the wildcat strikes which were a significant problem; it punished unsanctioned boycotts, work slowdowns and the other labor tactics that had proven so effective in the past. Leaders of big labor were well aware of the benefits they offered to big business. The union leader John L. Lewis, president of the United Mine Workers of America (UMWA) for decades, assured employers with whom he negotiated that a contract with him "is adequate to protect against sit-downs, lie-downs, or any other kind of strike." The power of labor became centralized in such hands.

Prior to the modern union, labor organizations had a marked tendency toward decentralization. Consider the Knights of Labor, a labor federation established in 1869. By 1886, its membership peaked at about 700,000 with local chapters acting with considerable autonomy. The voluntary chapters prospered because they offered services to members; for example, support networks were established to insure members against injury or ill health.

Labor movements flourished in every niche of America. In Michigan, for example, a woman named Sabina (Bina) West Miller rebelled against the inability of working women to secure the life insurance that could keep a family intact in case of an earner's death. By contrast, men often had life insurance through fraternal societies such as the Knights of the Maccabees with which Bina associated.

In the 1890s, she created women's auxiliaries within the Maccabees. In 1916, the Milwaukee Sentinel carried an advertisement for the Women's Benefit Association (WBA), Bina's umbrella organization. The WBA declared itself to be "The Largest, Strongest, and Most Progressive Fraternal Benefit Society for Women in the World. Offers more opportunities to women than any other fraternal insurance society. Non-political and non-sectarian. Established in 55 states and provinces. Organized October 1, 1892." The advertisement reported the membership to consist of 188,008 women.

As a massive and diverse network of labor movements grew in power, the threat to entrenched political interests also swelled. In 1877 and 1894, two massive railroad strikes dramatically illustrated that threat. The Great Railroad Strike lasted 45 days and the Pullman Strike eventually involved about 250,000 workers in 27 states. Troops were needed to break the strikes and to control the violence of some strikers.

But nothing seemed to slow the pace of voluntary labor organizations. Scholar Leslie Siddeley noted that "by 1920 the National Fraternal Congress (NFC), an association of fraternal societies, boasted 200 member societies with 120,000 local affiliated lodges. These 200 societies insured nine million members with over $9,500,000,000 of life insurance in force. The member societies of the NFC were just the tip of the iceberg. For example, we know that in 1918 there were 313 non-NFC fraternal organizations providing insurance to the immigrant poor in Chicago alone. In fact, fraternal insurance was by far the most popular type of insurance among the immigrant poor, as well as among native blacks. Despite their poverty, these groups had levels of insurance equal to, and sometimes greater than, native whites."

By the 20th century, the power of labor movements had also become more blatantly political as exemplified by the Industrial Workers of the World, or Wobblies. Organized in 1905, the socialist Wobblies had strong leaders who enthusiastically embraced strikes. Indeed, and to the dismay of many businessmen, the Wobblies argued against signing labor contracts because the agreements were barriers to wildcat strikes. With a large immigrant membership, the Wobblies also became a potent voice against America's entry into World War I. This dismayed the Department of Justice. In September 1917, 48 IWW meeting halls were raided and 165 leaders were arrested under the new Espionage Act. Of those arrested, 101 of them went on trial; all were convicted and received sentences of up to 20 years.

Government and big business had learned a lesson. An uncontrolled labor movement was politically and economically dangerous. The situation worsened with the Great Depression in which unemployment rose as high as 25 percent. Hundreds of thousands of people roamed America, looking for work. A massive and migrating army of the unemployed is a formula for political revolt. Thus, Roosevelt offered a New Deal in order to create stability. Big business embraced the deal because it also created predictability. Ambitious labor leaders saw the power being proffered their way; they became big labor. It was a career move that some labor leaders had worked toward for years. For example, when Lewis became president of the UMWA, he did away with the union's decentralized structure and crippled the autonomy of local chapters. The modern union completed the centralization of labor under the government's authorization.

The main losers? Small businesses that were forced to deal with big labor. And the individual worker who was stripped of the right to contract in his own name, on his own terms. The very existence of the modern union violates worker's rights.