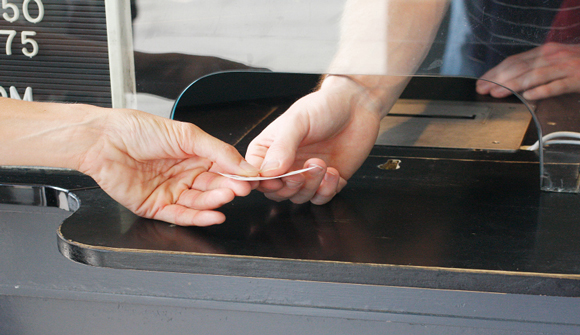 When the 'documentary' "The Hunting Ground" premiered at the 2015 Sundance Film Festival, it was advertised as a "piercing, monumental exposé of rape culture on campuses." In fact, its objectivity and perspective have been systematically dismantled since then. The film is best understood as a volley in the campus consent wars now raging across North America. It is part of a manufactured and coordinated hysteria about campus rape that imposes a politically-correct agenda and strips accused male students of due process rights.

Peel back the panic and you will often find profit. Some PC advocates profit from the power and prestige that being a savior can bring. The New York Times article "An Unblinking Look at Sexual Assaults on Campus: 'The Hunting Ground,' a Film About Rape Culture at Colleges" (Jan. 25, 2015) quoted the Democrat Senator from California, Barbara Boxer, as declaring "[Y]ou're going to see it in response to this film. Believe me, there will be fallout." The article indicated that Boxer and Senator Kirsten Gillibrand (D-NY) are pushing legislation that could ride into law on a wave of emotion created by "The Hunting Ground."

The Hunting Ground offers a rare glimpse into what may be a subtle "other financial benefit." The profit is not likely to come from box office magic. As of March 19, the revenue tracking site Box Office Mojo ranked the film at 60th in current ticket sales, with a total take of only $95,783 after a three-week run. Of course, the $500 licensing fee paid by each campus that runs the 'documentary' will soften the blow. The 'documentary' will be considered to be almost mandatory for screening on thousands of campuses; it will be immediately sponsored by Women's Studies Departments and other 'progressive' voices.

What is the subtle profit? It arises at the end of the 'documentary.' After heart-breaking and rapid-fire accounts of rape on campus, which offer no mitigating perspective, viewers are exhorted to "Take Action!" The "Take Action" button on the left-hand side of "The Hunting Ground" website takes a visitor to a page that reads, "Donate. THE HUNTING GROUND is proud to partner with NEO Philanthropy to ensure that your tax-deductible donation supports student-led campaigns, public education, policy reform, and prevention approaches."

NEO Philanthropy is a "transformative" foundation. Its media kit explains that NEO is "a national leader in innovative philanthropic solutions. We lead large-scale collaborative grantmaking funds on a range of social justice issues….to seek transformative social change." The organization focuses on four areas: the Four Freedoms Fund to promote immigrant and refugee rights; the Just and Fair Schools Fund to address discipline and bullying problems in K-12; the State Infrastructure Fund to mobilize the public on social, political and community fairness; and the Sunrise Intiative for Human Rights in the U.S. to "respond to some of the most serious human rights crises in this country's history." There is no mention of rape or sexual assault. There appears to be no track record on these issues.

The 2012 form discloses the many organizations that were funded by NEO along with the amounts disbursed (pp.29-53). The following are typical of the recipients listed under "Public Interest Projects":

Overall, the emphasis is on immigrant rights, implementing social justice goals and getting out the vote. It is a fair assumption that NEO does not promote Republican candidates or ballot issues.

The most remarkable aspect of the recipient list, however, is the apparent lack of any grants to groups that focus on preventing rape or sexual assault. The names of recipient organizations drive this conclusion. A single grant to Planned Parenthood is as close as NEO seems to come to funding sexual health or safety. And, yet, the "Take Action!" cry from "The Hunting Ground" states that NEO ensures "that your tax-deductible donation supports student-led campaigns, public education, policy reform, and prevention approaches." Wouldn't that goal best be ensured by an organization with an established track record on sexual assault? There are many of them out there.

The 2013 form is similar in its disclosed disbursements; no apparent grants go to organizations that address rape and sexual violence, let alone rape on campus. The vast majority of recipients reveal that NEO has an entirely different focus. Only a few recipients have sufficiently ambiguous names to allow the possibility that they deal with rape in some manner.

No wonder the iconoclastic website SAVE (Stop Abusive and Violent Environments) inquired after "the propriety" of "The Hunting Ground" being used to fund raise for NEO. SAVE asks, "exactly how much of movie-viewers' donations will be used to underwrite Michele Lord's excessive salary?" Or used by NEO to pursue partisan issues like immigrant rights? Or used by NEO to encourage people to vote Democrat?

Another question needs to be answered. If, in fact, NEO is using "The Hunting Ground" as a fund raiser, did NEO finance its development in any manner? Is there a connection between director Kirby Dick and NEO? The source of funding is difficult to uncover. Indeed, even how much the 'documentary' cost to make is something of a mystery. Mojo lists the budget for "The Hunting Ground" as "N/A." Other sources claim it was $1.8 million.

The possibility of "The Hunting Ground" being a fund-raiser for social justice causes unrelated to rape is disturbing. The 'documentary' is emotionally jarring. The New York Times article notes, "At the premiere here on Friday, audience members repeatedly gasped as student after student spoke on camera about being sexually assaulted." It leaves viewers in the sort of angry turmoil that not only drives legislation but also opens wallets. If the donations are going to a transformative grantmaker with priorities other than preventing rape on campus, then "The Hunting Ground" appears to exploit that issue and to do so for profit.