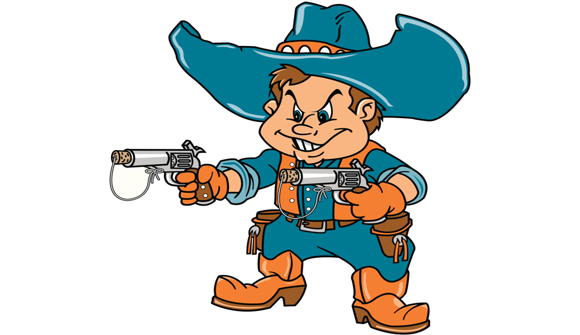 "[The role of the schoolmaster is to] collect little plastic lumps of human dough from private households and shape them on the social kneading board." ~ Edward Ross, Social Control: A Survey of the Foundations of Order

Five-year-old Elizabeth of Mobile, Alabama learned two new words last month in kindergarten: suicide and homicide. After drawing what resembled a gun, she pointed her crayon at another child and went "pew, pew." Horrified by the outburst of violence, the school required Elizabeth to fill out a "suicide/homicide assessment scoresheet" complete with questions on how often she thought about killing herself. An agreement not to commit suicide or homicide ensued, and psychiatric treatment was recommended. The incident went on her permanent record.

From 'healthy' eating to gun control and the principles of 'social justice,' political agendas dominate the public school systems in Canada and the U.S. The schools are attitude-factories that knead children into the shape of politically-correct citizens.

The modern public school system was never rooted in the desire for an educated populace. Quite the contrary. It was always meant to serve a political agenda in which education was secondary at best and, perhaps, discouraged. In his book The Underground History of American Education: An Intimate Investigation into the Problem of Modern Schooling (2001), award-winning educator John Taylor Gatto traced the modern origins back to an alliance of interests between government, big business and progressives (socialistic liberals) in the late 19th century. The same alliance drove many 'progressive' developments, including the rise of modern unions, the Pure Food and Drug Act and other regulations of daily life.

The Government. In 1888, the Senate Committee on Education lamented the emphasis that local and decentralized schools were placing upon traditional teaching. Children were becoming too educated. The report, US Senate Committee Conclusion on Education, stated, "We believe … education is one of the principal causes of discontent of late years manifesting itself among the laboring classes." Growing social unrest, especially from the labor movement, was blamed partly upon 'improper' education. They wanted a system that encouraged people to accept and conform.

William Torrey Harris, U.S. Commissioner of Education (1889-1906) described the goal of public schools. "Ninety-nine [students] out of a hundred are automata, careful to walk in prescribed paths, careful to follow the prescribed custom. This is not an accident but the result of substantial education, which, scientifically defined, is the subsumption of the individual."

Big Business. In 1903, the General Education Board was founded by John D. Rockefeller. It provided $129 million to fund a mandatory, state-controlled public school system. Gatto wrote, "school was looked upon from the first part of the 20th Century as a branch of industry and a tool of governance." The goal for big businessmen – including Carnegie and Vanderbilt – was not critical thinking but the production of a reliable and compliant work force.

In 1906, the General Education Board stated: "In our dreams … people yield themselves with perfect docility to our molding hands. The present educational conventions [such as critical thinking] fade from our minds, and unhampered by tradition we work our own good will upon a grateful and responsive folk. We shall not try to make these people or any of their children into philosophers or men of learning or men of science …. The task we set before ourselves is very simple … we will organize children … and teach them to do in a perfect way the things their fathers and mothers are doing in an imperfect way."

Progressives. No figure better captures the progressive 'ideal' of public education than the educator and philosopher John Dewey. He believed the 'ideal' of democracy required the reconstruction of education in order to produce a public opinion conducive to that ideal. He also believed democracy rested on the proper organization of civil society, which, in turn, required social reform. Social reform, therefore, should also be the goal of institutionalized schooling. In 1896, Dewey wrote, "Every teacher should realize he is a social servant set apart for the maintenance of the proper social order and the securing of the right social growth."

The use public schools as social reform institutions continues full-bore as evidenced by the new push to turn them into gun-control factories. The Obama administration is obsessed with eliminating gun ownership at its root by defining the behavior and beliefs of a fresh generation.

To date, most anti-gun efforts in schools have focused on punishment. News stories abound of students being disciplined for drawings, for playing cowboy or for pointing a finger like a gun. Students were recently suspended for posting a photo in which they held harmless airguns even though the toys had never been taken to school. With increasing frequency, the police are called and 'dangerous' children, as young as six years old, are handcuffed and/or arrested.

The anti-gun focus is expanding from mere punishment. This year, school children across America will be mentally screened and monitored in order to promote a gun-control agenda.

In the wake of the Sandy Hook Elementary School shooting (Dec. 14, 2012), President Obama issued 23 executive orders (January 16, 2013) on gun safety. A straight line was drawn between mental health and the 'right' to own a gun so as to disqualify 'the disturbed' from ownership. Disturbed children were to be pre-emptively identified and saved from themselves. A few days after the executive orders, a new policy was announced: "Now is the Time: The President's Plan to Protect Our Children and Our Communities by Reducing Gun Violence." A largely ignored section of the policy aims at "making schools safer" and "improving mental health services" for public school students.

Minnesota was one of the first states to respond enthusiastically to Now is the Time and it may be a model of what will happen nationally. A press release announced $45.4 million in grants from its state DHHS; how much is coming from the federal government is unknown. The release stated, "Under five-year grant contracts … 36 mental health organizations will provide school-linked mental health services to approximately 35,000 students in more than 800 schools across 257 school districts and 82 counties by 2018. More than half of those students will receive mental health services for the first time."

The officials call it "connecting effective mental health services with schools." Prof. James F. Tracy of Global Research has another take. "Introducing psychiatric explanations and methodologies into school environments guarantees a growing customer base for the psychiatric profession and pharmaceutical industry. Alongside government's increasing control of healthcare, the technocratic surveillance and management of everyday thought and behavior is likewise emerging as part of what is deceptively termed 'wellness.' In reality such efforts ensure an ever-expanding bureaucracy, handsomely line the pockets of a select few, and further normalize a culture of learned helplessness and control within an environment that already privileges conformity as a matter of routine."

Under the bumper-sticker justification of "It is For the Children," schools are being flooded with money to mentally screen students with a specific goal of determining views on guns and violence. Punishment for speaking the wrong words or holding a wrong view is now likely to be accompanied by rehabilitative therapy, corrective drugs or a mental health diagnosis that will go into a child's permanent file.