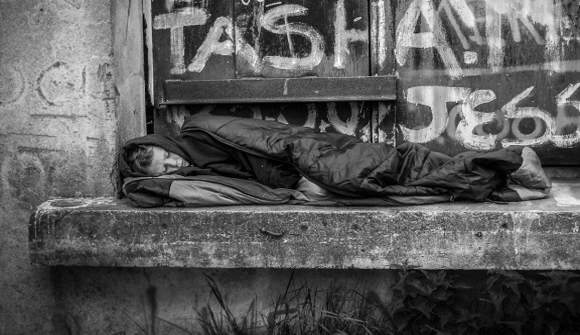 EDITORIAL
The Power of Gratuitous Kindness
By Wendy McElroy - December 25, 2014

Note: It has become a Christmas tradition for me to reprint a story of a holiday gift I will never forget. This year I'd like to share it with the Daily Bell, which has become another home.

Every Christmas reminds me of an anonymous act of kindness that changed my life. I have no one to thank. I don't know if my good Samaritan was white or black, male or female.

It was an act of pure compassion that did not seek even the reward of recognition. It is no exaggeration to say that I have 'paid forward' the stranger's kindness a hundred times in the intervening years. Yet I am still in debt.

I was 16 years old. My family had been falling apart since the sudden death of my father years before. One of the reasons I am a strong advocate of family structure is because I experienced its warm security as a child and its devastating absence as a teenager.

Almost overnight, my mother turned into a rage-filled, terrified woman whom I did not recognize. My older brother and only sibling simply disappeared; at least, that's how I remember it. He was old enough to drive and he began to live in a serial manner at the homes of various friends in preference to his own. Shortly, thereafter, he went to university.

A steady, growing conflict with my mother erupted in violence over the holiday season. Without burdening the account with detail, I will simply say it became safer for me to sleep on the streets than in my own bed.

Only, one of the problems with this solution was that I lived in Ottawa, Canada where temperatures in December and January average between 13 to 19 degrees Fahrenheit.

The days were safer than the nights. The downtown public library was huge and open during the day; there was always a corner in a reading room or the stacks where I could disappear behind a book. I was able to wash up quickly in the women's restroom.

At night, I took shelter in a nearby church that did not lock its large wooden front door. I would watch from across the street until no one had gone in or out for 20 minutes or so. Then I would steal inside and stretch out on the last pew, as far away from the center aisle as possible.

I was always cold and always afraid. In the church, I was terrified that someone would find me sleeping on the pew and literally throw me out into the freezing cold. Every night I fell asleep fully clothed but still shivering in a cramped, curled position. Every morning I woke up and fled before anyone entered and found me.

At least that was what I thought. But I was wrong.

One morning I woke up and I wasn't cold. During the night, someone had pulled a blanket over me. I would have been weak with gratitude if that person had simply ignored my existence and let me use the church for a few more nights. As it was, he or she chose to make me warm without demanding an explanation or anything in return.

I had stopped expecting kindness from the people who were supposed to love me; now, I received it from a stranger.

Although I slept in the church only a few more nights, I never went home.

In the newspaper, I found an advertisement for clerical help. An elderly man who owned an appliance store needed someone to organize years and years worth of paperwork. It was tedious and underpaid work with no satisfaction attached but, while I was sorting the stacked boxes, he let me stay in the store's basement where there was a sofa and a bathroom. I was safe and clean.

I was grateful to the store owner but I never felt indebted to him. Perhaps I should have; he provided a temporary phone number and address at which I could be contacted and, so, apply for other low-paying work.

Instead, I felt something much better than being obliged: self-confidence. I was able to trade my labor and make a living. I knew I could survive by making a fair exchange in the world.

My reaction to the blanket was entirely different. For a long time, it was as though the incident made no impact on me; kindness was not a gesture I knew how to process emotionally. Back then, my first reaction to everything was fear, and as I did not understand, I could not have recognized kindness.

Today, I understand why someone who could harm a stranger would choose instead to help them … even if it meant breaking the rules. I also understand what it means to the person who receives the kindness. Today, the gesture affects me with far more emotion than it did on the morning years ago.

The store owner helped me gain confidence in myself but the stranger in a church helped me believe in other people again.

Since that night, there have been many times when I have almost walked past someone who needed help. Sometimes I have kept walking. More often than not, however, I remember how powerful a small act of kindness can be. I remember not being cold.

I wish you and your family the very best this Christmas season and throughout the New Year.