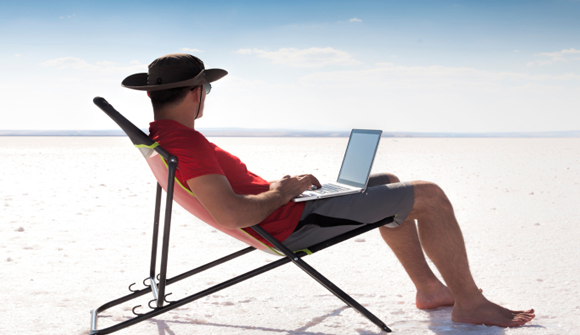 EDITORIAL
The Redistribution of Dreams
By Wendy McElroy - December 26, 2013

A friend is celebrating the season by visiting her children in the States. Like many millennials, her 20-something son is working brutal hours for minimum wage at an unfulfilling job. After visiting with him and his girlfriend, my friend emailed, "These kids are SO stuck in not being able to even pay their rent that they have no energy left to dream anything."

A similar story is playing out in family after family across America. Twenty-somethings are holding down two minimum wage jobs because no one wants to hire full-time people for whom they might have to provide health insurance. In a stagnant economy, their unemployment tops the chart. Meanwhile, they are saddled with debt and taxes for entitlements they will probably never receive, like social security.

As I moved through the day, my friend's words haunted me. They perched at the back of my mind as I read a New York Times article that was an odd combination of proclaiming the obvious and writhing to avoid it. One quote captures the dance: "These days the word ["redistribution"] is particularly toxic at the White House, where it has been hidden away to make the Affordable Care Act more palatable to the public and less a target for Republicans…. But the redistribution of wealth has always been a central feature of the law and lies at the heart of the insurance market disruptions driving political attacks this fall." The obvious: The core goal of Obamacare is the redistribution of wealth. The writhing: Obama lied, only he had to lie because of those wretched Republicans.

And, then, it occurred to me. It wasn't just wealth. The dreams and future of my friend's son have been systematically redistributed away over the last five years. As a white, male, 20-something, he is in a particularly hard-hit category of people. He is likely to work unfulfilling, low-paid jobs for as far in the future as he can see. And, as diligent as he may be, it is far from clear that he will be able to rise through merit.

From the onset of his presidency in 2009, Obama's domestic policies have revolved around distributive justice. That is, he uses the force of law to forcibly wrench wealth, political pull, opportunity and dreams themselves from those in so-called 'privileged' classes and transfer them to so-called 'disadvantaged' ones. As his popularity sinks, Obama is returning to the theme of redistributing wealth, which has been a vote winner among his constituents. On December 4, he delivered a speech that foreshadowed policy in 2014. The White House called it a speech on "economic mobility"; the press called it his "inequality speech." It was a call for egalitarianism, especially in terms of income and opportunities. In other words, a greater redistribution of wealth and further regulation to guarantee that everyone has access to money and upward mobility.

Of course, the word "egalitarian" was not used, any more than the term "redistribution of wealth" is used in connection with Obamacare. Of course, as with every theft that needs to sustain itself, the compelled transfer of wealth and opportunity is cast in noble language. An act of theft becomes compassion; the plunder becomes charity; giving one legal privileges becomes equality. The stealing will continue under the aegis of executive orders, a court ruling or the ballot box but no show of pomp can make it less of a crime. The ceremonies merely institutionalize the theft. The 19th century French classical liberal Frédéric Bastiat explained, "When plunder has become a way of life for a group of men living together in society, they create for themselves in the course of time a legal system that authorizes it and a moral code that glorifies it."

The theft itself is vicious but focusing on the money misses much of the important dynamic. Much more than money is being stolen. Those who rip wealth and opportunity from people like my friend's son are reaching into their psyches and taking away their hope for the future and their belief in rising through merit. The alternative is a soul crushing poverty. Worrying about how to feed yourself or children, about having heat in the winter and whether you can survive a single bout of illness is psychologically exhausting. It can exhaust people to the point of breaking their spirit so that they lose hope. Anyone who has been truly poor knows that genuine dreams are a luxury item. Unlike escapism, dreams inspire you to reach out into the world and change it for the better. Without dreams, individuals and society become static and gray instead of exploding into color. And the role that wealth plays in people's ability to dream is invaluable. Wealth allows you to move beyond the need to spend your life working for nothing but money. It gives you free hours to write or read, to create something with your hands or mind, to experience life instead of survival.

The ideal of "equality" needs to be debunked. Everyone should enjoy equal protection of their person and property under the law. But the attempt to impose equality in any other level is social control and doomed to failure.

Consider the redistribution of wealth. Forcibly socializing wealth can only destroy it. Such wealth will be dissipated, wasted and consumed by self-interested bureaucrats in the process of transfer. But that isn't the main problem. The main problem is that egalitarianism (or strict equality) runs counter to the nature of wealth itself. People labor and create precisely because there is an incentive to do so; they trade effort now for profit later. To the extent they succeed, an inequality results because they are enriched by being rewarded for their productivity. This means they make more money than their neighbors.

But a financial inequality that comes from innovation and hard work also benefits their neighbors. Imagine daily life without computer visionaries like Steve Jobs or Steve Wozniak. They deserve every cent of their fortunes because the money was earned by improving the lives of the tens of millions of customers who flocked to buy Apple products. Many of the customers used those products to work more efficiently and so create their own independent wealth. The computer revolution was driven by profit and it created opportunities across society. But when equality is mandated by law and government privilege, society suffers because the innovators and dreamers have no economic incentive to labor or take risks.

Wealth is not created by government, only by individuals. The forced transfer of wealth from a producer to a consumer is not sustainable because the wealth will be quickly depleted and the consumption must be fed anew. Handing people wealth and opportunity does not free them; it creates dependency.

What creates independence is the one thing government of all stripes is loath to do. Get out of the way. History ascribes the term "laissez-faire" to a businessman named M. Le Gendre who reputedly met with the French finance minister Jean-Baptiste Colbert in 1680. The minister inquired on how to assist Le Gendre in commerce. The response: "laissez-nous faire," "let us be." It is the one thing government cannot do.

My friend's son deserves to live in a society where he can rise or fall on his merits. He deserves a world of unequal results in which people have reason to dream.