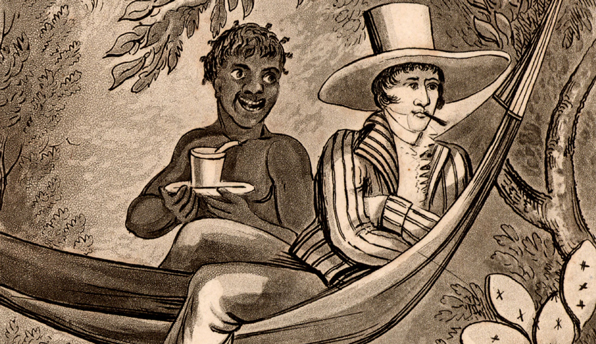 EDITORIAL
The Soul-Killing Effect of Owning Slaves and Some Feminism
By Wendy McElroy - May 29, 2014

In the early 19th century, the American anti-slavery movement called abolitionism made an intriguing argument. Without denying or diminishing the horror of being a slave, abolitionists claimed that the slave owner was also a victim because owning another person coarsened his soul and dehumanized his character.

This abolitionist argument was not an expression of concern for the slave owner but a statement of reality. A man could not wield raw, brutal power over another without killing within himself the best of human qualities, such as compassion, empathy, generosity and goodwill. The classical liberal Lord Acton famously stated, "Power tends to corrupt and absolute power corrupts absolutely." This is true not only of political power but also of any continuing injustice.

The ex-slave Frederick Douglass offered a telling example in his autobiography Narrative of the Life of Frederick Douglass (1845). As a young boy, he spent time in Baltimore, Maryland with the Auld family. His new mistress, Sophia, was a gentle woman who had not previously owned a slave and so treated him with the natural kindness she felt toward a child. He described her as having "the kindest heart and finest feelings." For example, she taught him the basics of reading and writing. The endeavor outraged her husband, however, and Sophia became cruel and tyrannical toward Douglass.

With stunning insight, the young Douglass realized that slavery killed the humanity of white owners who might have otherwise acted decently. He explained of Sophia, "The fatal poison of irresponsible power was already in her hands, and soon commenced its infernal work." The insight became a recurring theme in his narrative; a person's character tends to conform to the laws and practices he accepts as normal. Douglass explained that slaves held in cities were treated better than slaves on isolated plantations because higher community standards softened an owner's actions. "Few are willing to incur the odium attaching the reputation of being a cruel master," he wrote. "Every city slave-holder is anxious to have it known of him, that he feeds his slaves well."

Even rural slave owners needed to put a better face on their brutality. They went to great lengths to rationalize it by wrapping slavery in the justification of bringing Christ to the heathens to save their souls. The inferior image of blacks was meticulously maintained. As long as the slave was a semi-human who received the light of God, slave owners could view themselves as benefactors and not vicious exploiters. Such justifications were so fragile, however, that slave owners unleashed violence and the law on anyone who questioned them. Criticism made the owner look into a mirror that reflected back too accurately what he had become.

The abolitionist argument about the dehumanization of slave owners occurred to me during a recent discussion with a mainstream feminist.

The tradition of feminism I embrace arises from classical liberalism. Its essence: Women and men should be treated equally under just laws that protect person and property. Today, few laws disadvantage women. One example is the laws against midwifery which disproportionally affect women (midwives) and deny pregnant women a free choice in how to give birth. These days, however, laws overwhelmingly privilege women at the expense of men; the many preferential policies such as affirmative action are an example. That's why a feminist (like me) who believes in legal equality under just law is in the strange position of arguing for men's rights.

There are many ways you can argue against the privileged status of women. You can point out that women have sons as well as daughters, and they should be equally concerned for the rights of both. You can observe that status based on on government support is not liberation but dependency. There is one argument that I next to never hear, however. What does the constant demand for privilege do to a woman, especially when she accuses those she strips of rights of being her oppressors?

I saw the answer clearly in the aforementioned encounter with a mainstream feminist. A pitched battle is occurring now on university campuses across North America. A hysteria surrounds the issue of campus rape, complete with the hyper-inflated numbers that usually precede calls for dramatic change. The targets of change are the campus hearings before which a male student must defend himself if he is accused of sexual assault.

In April 2011, the U.S. Department of Education's Office for Civil Rights sent a letter to campuses across America. The letter imposed new standards on these hearings. The definition of sexual assault expanded significantly; the accused was barred from due process rights such as having an attorney present or cross-examining his accuser; indeed, in some hearings, the accuser is never named. Instead of using the standard of "beyond a reasonable doubt," the hearings used the standard of "a preponderance of evidence"; that is, a 50.01% likelihood of guilt or innocence. This is the standard used by civil courts. Male students could be found guilty of rape by using the same standard of evidence employed by traffic courts when they adjudicate parking tickets.

Campus hearings are not criminal procedures but they can ruin lives as surely. For example, a male student who is about to graduate can be expelled if found guilty. Hundreds of thousands of dollars in debt, he may be unable to be licensed in the profession for which he trained. With a sexual assault in his permanent file, no other university is likely to accept him. Nor will many employers hire him. Quite apart from the psychological and emotional devastation of being branded a rapist, the young man's economic future is in shambles. False accusations destroy lives.

Mainstream feminists are campaigning vigorously to further water down the weak justice extended to accused males. They go so far as to treat every accusation as a fact, which is one explanation of the inflated numbers. This strips the accused of a presumption of innocence by any standard; instead, he is presumed guilty.

Douglass's slave owner insight came to mind during a discussion in which I expressed concern about the accused's due process rights. The woman replied in a furious voice, "a man accused of sexual assault has no due process rights." She explicitly excluded males from possessing this human right or deserving fairness. What does this do to her common decency and sense of justice? How much sustained rage toward men does it take to turn a deaf ear to a young man's pleas for the bare fairness upon which his future might hinge?

Like a slave owner, the woman wrapped up the dehumanization in a noble cause; justice toward women demanded it! To rationalize a denial of rights to men, she also demonized them collectively as the patriarchy (aka "white male culture"), as purveyors and beneficiaries of "the rape culture." This was true of every man, even those who never raped and would come to a victim's defense. Maleness itself was the crime. And what does this do to her view of male relatives, sexual partners and to her ability to ever love one of them?

No wonder the woman was furious with me. Like abolitionists, I held up a mirror on her own contempt for genuine decency and justice. She needed to shout down anyone or anything that reflected her real image too clearly.

There is an interesting implication here for freedom. If both the victim and the victimizer are harmed by a sustained oppression, then both parties benefit from its elimination. Both should argue for equality out of rational self-interest. The greater benefit would definitely be experienced by the one who is no longer victimized. But the greater return of humanity may be experienced by the one who no longer oppresses.