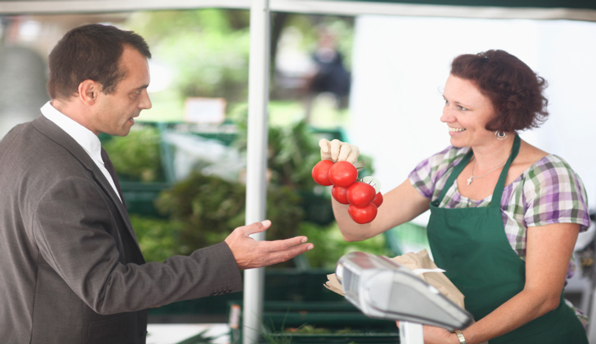 EDITORIAL
The Virtue of Self-Interest
By Wendy McElroy - February 13, 2014

They may be the two most famous lines in economic history and they carry much the same message. In An Inquiry into the Nature and Causes of the Wealth of Nations, Adam Smith (1723-1790) wrote, "It is not from the benevolence of the butcher, the brewer, or the baker that we expect our dinner, but from their regard to their own interest." It is every individual's pursuit of rational self-interest that creates economic well-being. This reverses the common wisdom that a Hobbesian state of nature – or a war of all against all – would result from unfettered freedom.

The second line comes from the same source and occurs during Smith's discussion of spontaneous order. "By directing…industry in such a manner as its produce may be of greatest value, he [the owner] intends only his own gain, and he is in this, as in many other cases, led by an invisible hand to promote an end which was no part of his intention." Social harmony is the spontaneous but unintended consequence of individuals pursuing their rational self-interest. This reverses the common wisdom that an orderly society requires social engineering. In fact, the opposite is true. Any attempt to impose central planning runs counter to social harmony.

The Theory of Moral Sentiments

Smith's legacy rests largely upon his explanation of how individual self-interest promotes the well-being of all within society. But many people do not grasp how revolutionary his view of self-interest truly was. To do so, it is necessary to read Smith's first major work The Theory of Moral Sentiments (TMS). Here Smith focuses on ethics and the psychology underlying emotions like charity – issues that are often pitted against self-interest. TMS provides invaluable insight into Smith's later work. (Despite his impact upon economics, Smith was not primarily an economist. He held a professorship in moral philosophy at the University of Glasgow, and preferred ethics to political economics.)

In TMS, Smith tried to resolve the conflict between morality and self-interest which so many perceived; he asked why self-interested men make moral judgments at all, why they have a conscience. He grounded them in human nature.

Smith wrote, "How selfish soever man may be supposed, there are evidently some principles in his nature, which interest him in the fortunes of others, and render their happiness necessary to him, though he derives nothing from it, except the pleasure of seeing it. Of this kind is pity or compassion, the emotion we feel for the misery of others…. The greatest ruffian, the most hardened violator of the laws of society, is not altogether without it."

He used the word "sympathy" to describe such emotions. Sympathy came through observing and mirroring the emotions of others, which the observer needed to reconstruct within himself because he did not directly experience them. "Though our brother is on the rack, as long as we ourselves are at our ease, our senses will never inform us of what he suffers…. By the imagination, we place ourselves in his situation." Through imagination, a person becomes more self-aware and so becomes better at judging the morality of his own actions. He also learns about others and can better evaluate situations. "If upon bringing the case home to our own breast we find that the sentiments which it gives occasion to, coincide and tally with our own, we necessarily approve of them as proportioned and suitable to their objects; if otherwise, we necessarily disapprove of them, as extravagant and out of proportion."

The Social Nature of Man

But why? Why would anyone increase their own sorrow for even a moment by sympathizing with another? One reason is because the ability to empathize also increases joy. Another is simply because it is in their nature; humans are profoundly social beings with a natural ability to empathize. Smith explained that socializing was "perhaps, the instinct upon which is founded the faculty of speech, the characteristical faculty of human nature. No other animal possess this faculty, and we cannot discover in any other animal any desire to lead and direct the judgment and conduct of his fellows." Thus, people not only have the ability to sympathize but also a desire for others to sympathize with them. This was the source of morality.

People also rely upon each other to produce a wide ranges of "goods" from companionship to bread, from knowledge to shoes. Indeed, Smith rooted human progress in the increasing division of labor which led men to trade with each other at every turn. Or, as Smith put it, "to truck, barter and exchange one thing for another." And they did so out of self-interest. This was the source of economic prosperity.

Otherwise stated, morality is a consequence of man's social nature even though his actions are self-interested; there is no conflict between the two. In fact, they are two sides of the same coin. But self-interest is in the driver's seat. Self-interest defines a man's ability to sympathize because his range is limited by it: "[T]he care of the universal happiness of all rational and sensible beings, is the business of God and not of man. To man is allotted a much humbler department, but one much more suitable to the weakness of his powers, and to the narrowness of his comprehension: the care of his own happiness, of that of his family, his friends, his country…."

The punishments and rewards of interacting make men desire to behave well and be thought of approvingly; it creates morality. But the good behavior comes from self-interest. Other salutary concepts come from self-interest. For example, justice is a consequence of socializing because human beings need to live with each without inflicting constant and unnecessary harm. (These conclusions are revolutionary in and of themselves since Smith grounds morality and justice in man's psychology, in man's nature, rather than in reason.)

Rather than pit sympathy against self-interest, Smith believed the two worked together. Rather than see expressions of sympathy, like charity, as opposing self-interest, Smith believed both contributed to the harmony of society. Although charitable giving was a virtue, it was often a fleeting one that depended upon circumstance. By contrast, you could rely upon men to act in their self-interest; you could rely upon the butcher to sell you meat and to increase the quality of life of both parties in doing so.

Smith writes, "Every man, as the Stoics used to say, is first and principally recommended to his own care; and every man is certainly, in every respect, fitter and abler to take care of himself than of any other person. Every man feels his own pleasures and his own pains more sensibly than those of other people. The former are the original sensations; the latter the reflected or sympathetic images of those sensations. The former may be said to be the substance; the latter the shadow."

The substance that creates social harmony and general well-being is the entrenched self-interest of every individual. The good of the individual is the greater good and the bedrock of general welfare.