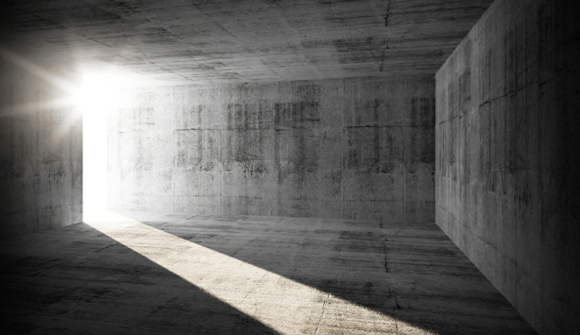 A pivot point occurred within feminism on the issue of rape in 1975 when the book Against Our Will: Men, Women and Rape by Susan Brownmiller appeared. In its pages, Brownmiller attempted to chart the history of rape from the Neanderthal through to modern man, placing great emphasis on periods of war and crisis. Against Our Will reportedly gave rape its history. It became a founding document of the "rape culture," which further propelled the feminist movement from liberalism to political correctness, which has also been called gender or radical feminism.

In her book, Brownmiller maintained that rape is the primary mechanism through which men subjugate women. "Man's discovery that his genitalia could serve as a weapon to generate fear must rank as one of the most important discoveries of prehistoric times, along with the use of fire, and the first crude stone ax. From prehistoric times to the present, I believe, rape has played a critical function. It is nothing more or less than a conscious process of intimidation by which all men keep all women in a state of fear." [Emphasis in the original.]

Some of today's most prevalent myths about rape were cemented into the culture by Brownmiller. In particular, Brownmiller presented three interrelated myths:

1. rape is a part of patriarchy;

2. men have created a 'mass psychology' of rape; and,

I dispute each one of them.

[Note: This article addresses the origin of myths and terms that still wield great influence within feminism, academia, politics and our culture. Some concepts have evolved or expanded in meaning. "Patriarchy" is an example; there is currently a debate on whether all men benefit from "white male culture" or whether the "patriarchy" refers to internal social structures that can oppress people regardless of their gender. Other concepts have not drifted far from their origin. In both cases, it is not possible to understand the current expression of ideas without some understanding of their roots.]

Rape is a part of patriarchy.

The word "patriarchy" is Greek and means "rule of the father." Adrienne Rich – a key philosopher of PC feminism – offered what has become a fairly standard definition of "patriarchy" in her book Of Woman Born (1977): "Patriarchy is the power of the fathers: a familial – social, ideological, political system in which men – by force, direct pressure or through ritual, tradition, law, and language, customs, etiquette, education, and the division of labor, determine what part women should or shall not play, and in which the female is everywhere subsumed under the male."

The definition is often expanded to include capitalism as an aspect of patriarchy. This reflects the input of highly influential theorists like Catherine MacKinnon who referred to PC feminism as "post-Marxist." She meant that PC feminism largely accepted the Marxism context but not its claim that economic status determined class affiliation. Gender was the salient factor. Men, as a class, had constructed institutions, such as the free market and the traditional family, which needed to be deconstructed.

Refuting the concept of a North American patriarchy needs its own book; this column deals with patriarchy in passing and points to more plausible causes of rape. Regarding patriarchy, suffice it to say, those who promote the concept need to ignore many facts. For example, men and women are victims of domestic violence at virtually the same rate; men constitute the vast majority of prisoners; if prison populations are included, men and women are probably raped at virtually the same rate; they are far more likely to be murdered or die in war; anti-male violence by women is accepted in the popular culture and often causes laughter.

If not patriarchy, what does explain rape? A casualty of this myth has been research. Studies on the causes (plural) of rape have almost dried up because – as any right thinking person knows – there is only one cause: patriarchy. During the heyday of liberal feminism and sexual curiosity, Research was more sophisticated. In their book, The Crime and Consequences of Rape (1982), Charles W. Dean, Mary de Bruyn-Kops, Charles C. Thomas, reported, "The Kinsey study, begun in the 1950s and completed after Kinsey's death by Gebhard and associates, classified seven types of rapists: assaultive, amoral, drunken, explosive, double-standard, mental defective and psychotic …"

People murder for money, for love, out of jealousy or patriotism – the rationalizations go on and on. Rape is every bit as complex. Men and women rape because of sexual hunger, a need to prove themselves, hatred of women or a desire for revenge, as a political statement or from peer pressure (as in gang rapes). Men and women rape from a constellation of complicated motives, which become further blurred when there is alcohol or drug use.

But it is no longer proper to suggest that there could be as many motives for rape as there are for other violent crimes. Other explanations for rape are defined out of possibility.

Men have created a 'mass psychology' of rape.

Brownmiller's second myth is that men have created a mass psychology of rape. Throughout the book, Brownmiller dips in and out of history, selecting whatever supports her statement. Some references have little to no connection with reality. For example, she quotes from fiction works. She also points to historical evidence that is difficult to credit. When Brownmiller speaks of prehistoric man as the beginning of man's use of "his genitalia … as a weapon," for example, the reader is left to wonder where she acquired her amazing knowledge of Neanderthals and their sexual attitudes.

Contradicting references are dismissed in passing, if mentioned at all. At one point, Brownmiller notes, "People often ask what the classic Greek myths reveal about rape. Actually, they reveal very little …" Yet these myths are widely held to be archetypes of human psychology. If Brownmiller wishes to argue for a continuum of male oppression, she cannot chose only the fiction, historical tidbits and anecdotes that favor her.

Yet, even with a careful sifting of history and fiction, Brownmiller's evidence does not support her conclusion: namely, that rape "is nothing more or less than a conscious process of intimidation by which all men keep all women in a state of fear." To punch up the argument, she introduces statistics that allegedly 'prove' the mass psychology of rape. (For a refutation of high statistics, especially the "1 in 4 or 1 in 5 women will be raped" figure, please see my earlier Daily Bell column "The Proofiness of the Politically Correct Rape." Many sources on the flawed data used by PC feminists are in the commentary thread.)

But let me take the inflated statistics at face value. A rape rate of 25% means that 75% of women will not be raped. Even assuming a one-to-one correlation between victims and rapists – that is, assuming no serial rapists – this means 75% of men will never rape. Indeed, many men would come to the defense of an attacked woman.

The foregoing math may seem obvious. But the claim of a "mass psychology of rape" or a "rape culture" makes it necessary to state the obvious. And it raises a question. What other group in our culture could be castigated in this manner without a backlash? If all blacks or bisexuals were accused of being sadists or benefiting from sadism, people would howl in protest.

And lest a single man escape rape accusations by pleading that he had never contemplated committing the act, Brownmiller explains how good intentions and good behavior do not exonerate him. "Once we accept as basic truth that rape is not a crime of irrational, impulsive, uncontrollable lust, but is a deliberate, hostile, violent act of degradation and possession on the part of a would-be conqueror, designed to intimidate and inspire fear, we must look toward those elements in our culture that promote and propagandize these attitudes, which offer men … the ideology and psychological encouragement to commit their acts of aggression without awareness, for the most part, that they have committed a punishable crime, let alone a moral wrong." [Italics in original]

Brownmiller is correct. If we accept her position "as basic truth," then her conclusions follow. But such a theory allows for no contradictory evidence. There is no possibility – through action, thought or word – for a man to escape the charge of rape. It becomes axiomatically and ideologically true.

Rape is a part of 'normal' life.

Brownmiller's third myth is that rape is part of normal life. To reach this conclusion, Brownmiller makes great leaps of logic. For example, chapter after chapter of Against Our Will dwells upon rape during times of war and severe societal turmoil. Because men rape in times of war and upheaval, she concludes that rape is part of 'normal' life. But the very circumstances highlighted are not expressions of normal life but evidence of its breakdown. Arguing from the extreme, Brownmiller draws conclusions about the normal. This is a fallacy. It is akin to concluding, "men kill in war; therefore, peacetime murder is the norm."

Against Our Will arrives at the third myth via ideological bias, not empirical research. Although Brownmiller's book is sometimes taken for a chronicle of historical fact, a strong political slant underlies the presentation of those cherry-picked facts. Consider Brownmiller's opinion of private property: "Concepts of hierarchy, slavery and private property flowed from, and could only be predicated upon, the initial subjugation of woman."

In her book Sexual Personae, the self-identified 'dissident' feminist Camille Paglia offered a more plausible relationship between society and rape. Paglia writes, "Generation after generation, men must be educated, refined, and ethically persuaded away from their tendency toward anarchy and brutishness. Society is not the enemy, as feminism ignorantly claims. Society is woman's protection against rape."

I dispute whether men or women have a natural tendency toward Hobbesian brutishness. But I believe normal society protects against violence of all kinds, including rape. For one thing, normal society enforces rules against violence, which often penalize perpetrators through imprisonment, social sanctions, reparations or restitution.

Myths about rape harm men, women and the victims of rape both male and female. Goodwill between the sexes has been replaced with rage or resentment, and for no productive purpose. Rape is not a part of patriarchy; like all crime, it is a lamentable choice that some people make for their individual reasons. Men have not created a 'mass psychology' of rape; PC feminists have created a mass fear about rape. Rape is not a part of 'normal' life; normal life helps to protect men and women against rape.